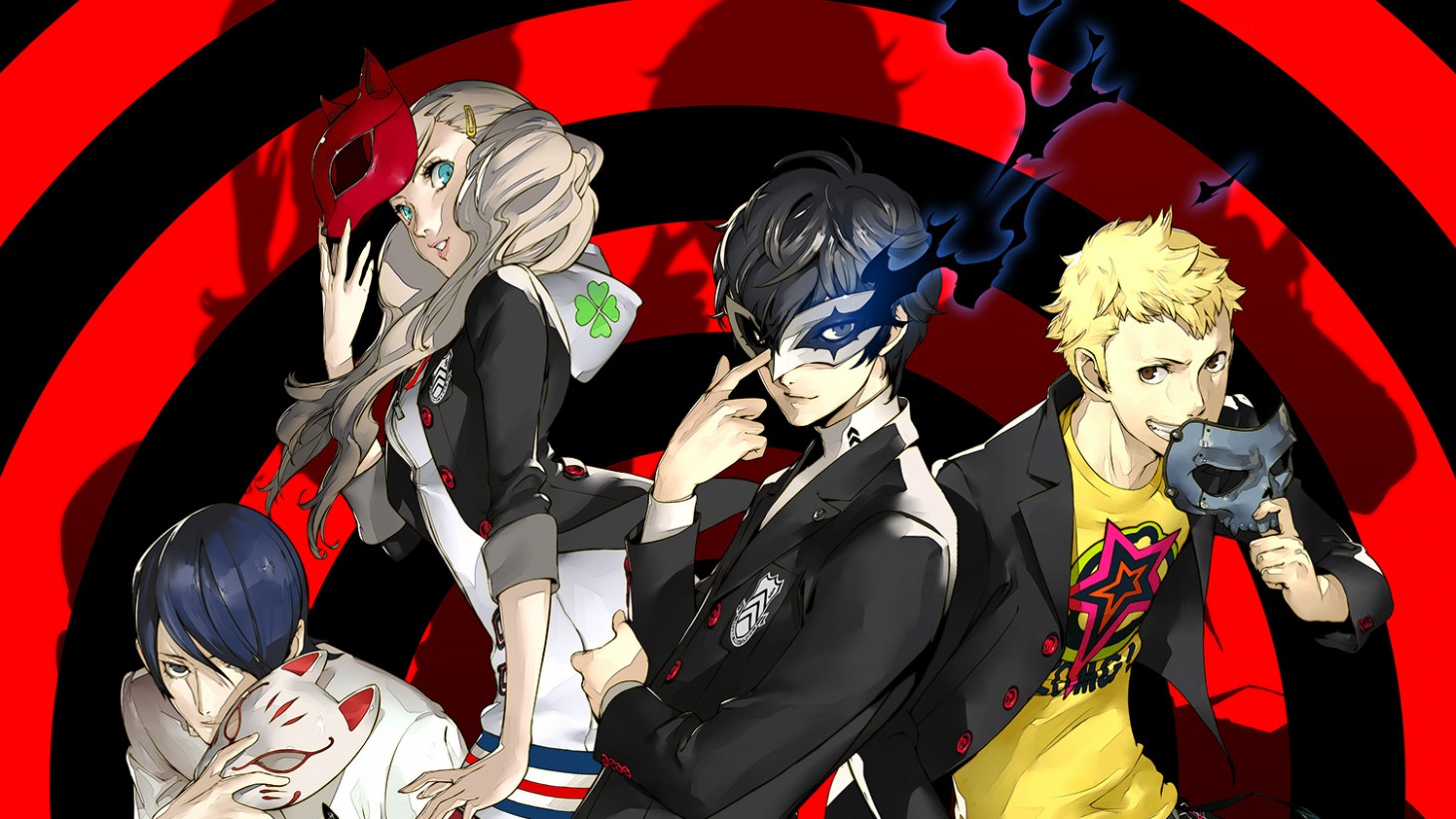 Five Fun Facts About The Artist Behind Persona And Catherine

Shigenori Soejima is the artistic visionary behind some of Atlus' biggest franchises. His mature and distinct art style has been used to showcase the fight against corruption with the Phantom Thieves in Persona 5 and capture the overt sexuality of a love triangle gone terribly wrong in Catherine. And that's only a small sample of his work. To celebrate his efforts, Atlus recently held a big showcase exhibit devoted to Soejima’s Persona 5 and Catherine designs at Gallery Nucleus in Alhambra, CA. With both games getting re-released in the near future via Persona 5 Royal and Catherine: Full Body, it was a wonderful look at two of Soejima's most memorable contributions. We were on hand at the event to not only show you what was on display but also interview Soejima about his career and future projects. Here are some of the most interesting revelations.

He Thought Director Katsura Hashino Was Playing A Joke On Him With Catherine...

Designing for Catherine allowed Soejima to step out of his comfort zone and try something new, and he's quick to note how different it was for him versus working on Persona where he mostly depicted Japanese high school students. "Catherine was sort of a challenge to myself to try to completely switch gears and create something new," Soejima says. "The first main difference is obviously Catherine's a lot more sensual and sexual, and so that design was definitely a departure from the Persona series."

Catherine's playful and seductive character design is what Soejima considers his "most challenging project." It was so far from anything he had done before that he wasn't even sure what to think when Hashino and the team presented their vision to him. "When they first approached me to design her, I really thought they were pulling my leg," Soejima says laughing. "Hashino knows I like to draw characters and design them in a stylish sort of way, so I know that he just wanted me to do something I had never really done before. "

He Feels The Pressure To Keep Raising The "Stylish" Bar

For many, Persona and the word stylish go hand-in-hand at this point, and Soejima thinks it's amazing so many people think so. In his opinion, it took a while to get there. "When I look back at like maybe Persona 3, I don't feel that it is that stylish," he says. "We did introduce some graphic elements into it, but it's not at that stylish level that we feel like everyone is talking about."

Soejima discussed how fans' high expectations became a driving force for the team and credits it for Persona 5 evolving to the level of style it did. "After that, working on Persona 4 and 5, there was more of a time gap between those titles, and just hearing everyone saying that it’s so stylish, kind of put pressure on the team," he recalls. "I think just continuing to hear the voice of fans and that feedback and then the team responding to that and trying to just do our best and one-up that stylishness is what has made the Persona series what it is today."

When Creating Designs Much Is Left Up To His Imagination

Every Persona character has its own distinct style and personality, but just how much of that is set in stone before Soejima creates his designs? Apparently not always all that much – the visuals often come first. "There are definitely characters where there are already certain specific characteristics that I need to design for, and that's true more for the side characters," he explains. "But for the main characters, in the case of Persona 5 for the Phantom Thieves, I actually started developing the visuals right when the director was saying that, ‘I'd like this story to center on these kids that are thieves.' That was pretty much all the information that I had to go off of to start designing, and so the visuals kind of came first. Then I would talk amongst the writer, the director, and the designer to come up with a cool visual that makes sense for what is catchy for this type of group, and kind of mold the personality and character together."

New Character Kasumi Was Inspired By A Classic Manga Archetype

For Persona 5 Royal, Soejima had to bring himself back into the world of the Phantom Thieves, while also adding some new life to it. "It's always a challenge to actually bring in new elements to something that’s already loved by fans," he says. "With Kasumi in particular, we wanted someone outside of the Phantom Thieves, [who is] viewing the situation from a whole different perspective. We also [wanted to] bring her close in standing to one of the main characters, kind of in the protagonist way, where fans will be able to see the story from a brand-new perspective and [have] a new character."

As to how he came up with Kasumi's design, Soejima looked to the manga he read growing up for inspiration. "I really wanted to create just a straight-forward heroine type of character," he explains. "This might be a little bit different in the West, but in Japan, the manga I grew up reading, the main [female] characters always had a ponytail, and their club activity was gymnastics. I really wanted to just shoot for that – that female protagonist archetype. Maybe in the States or in the West, it’d be [comparable to] a cheerleader type of girl. With most of the characters in Persona 5, we really design them to have kind of a twist, kind of make them unique and different from what the standard character archetypes might be like, but with Kasumi, we wanted to just go straight for that heroine type of girl."

Hashino is once again encouraging Soejima to step outside of his comfort zone. This time it's for a new IP called Project Re Fantasy. We haven't heard much about the game outside it's a fantasy RPG and currently in development. So far it looks ambitious, and when we took the opportunity to ask Soejima more about his experience working on it, he echoed that sentiment. "This is completely different from what I've worked on [previously]," he said. "I've always loved fantasy, but once I started working on it, it became, 'Well, what exactly is fantasy and how can we bring a meaningful fantasy game into this world? What can we bring to this sort of genre and game?' There's a lot of trial and error and thinking about this whole genre and how to [create] the design and I feel like we are finally at a place where we have a direction and are moving forward with it. Hopefully, we'll have something to show everyone in the not so distant future. We’re creating something only we can bring to the table – a very unique design. [It’s] something for fans to look forward to."

For more on Shigenori Soejima, you can check out this interview we did a few years back, where he dishes about his creative process and which Persona characters are his favorite.