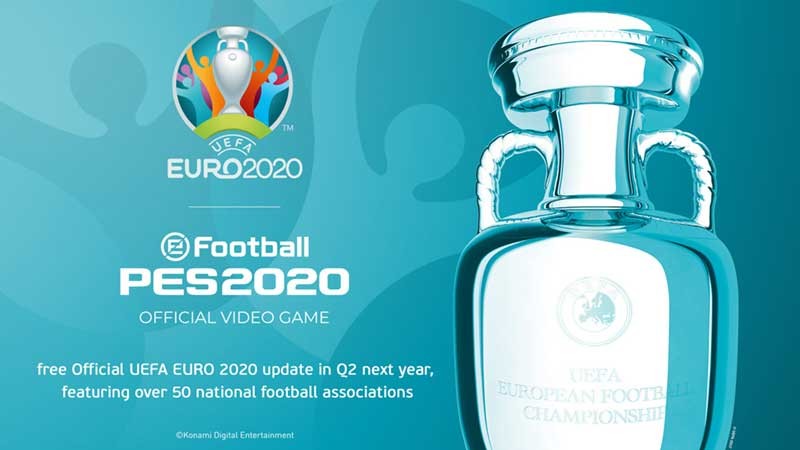 Konami has signed another exclusive license for its PES 2020 game this September – Euro 2020. The summer tournament will feature over 50 national teams and be included as a free update for the game.

The company says the DLC is planned for a spring release, and includes each national team's kits as well as the tournament's official ball and "the hosting stadium." The latter indicates only a single officially replicated stadium being used for the DLC, meaning other stadiums used may draw from the game's existing supply.

This recent news follows the previous announcements of the inclusion of the Serie A license among others, as well as the exclusive deal for global mega-team Juventus.