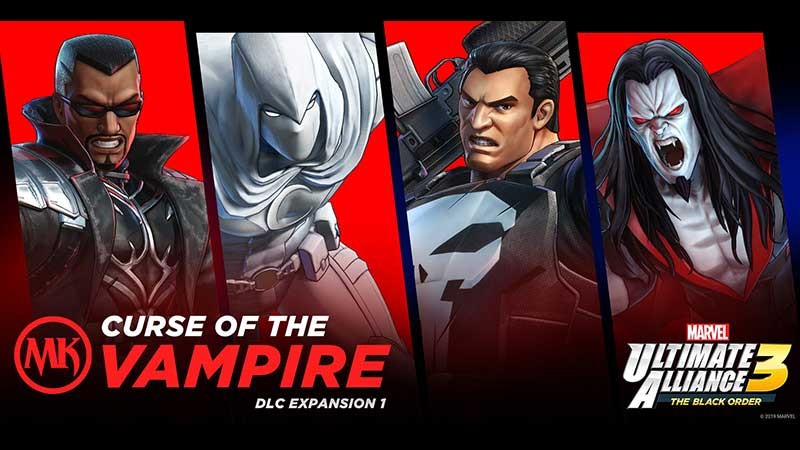 Nintendo Europe has dated Marvel Ultimate Alliance 3: The Black Order's first DLC called Marvel Knights: The Curse of the Vampire for September 30. Nintendo of America has yet to announce the DLC for over here as of the time of this writing.

The DLC contains Blade, Moon Knight, Morbius, and the Punisher as well as Gauntlet mode, a rapid succession of co-op challenges.