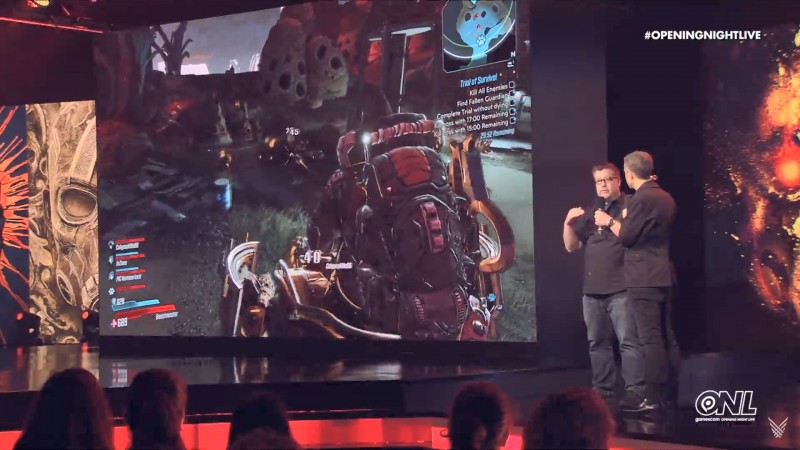 At the Gamescom opening night press conference, Borderlands 3 creative director Paul Sage got on stage to talk a little about Borderlands 3's endgame content. There will be a few things for players to do after they finish the game's main story, such as a horde mode and optional Eridian missions.

The game's horde mode, titled Circle of Slaughter, is returning from Borderlands 2. It functions like other horde modes you're aware of, wherein you and a group of friends do your best to stand against waves and waves of enemies.

There's also Proving Grounds, missions which come about from examining Eridian writing and going on missions with optional objections. Doing those optional objectives nets you better loot, so you can get some of the best loot in the game by acing missions.

Borderlands 3 releases PlayStation 4, Xbox One, and PC on September 13, with a Stadia version also announced.