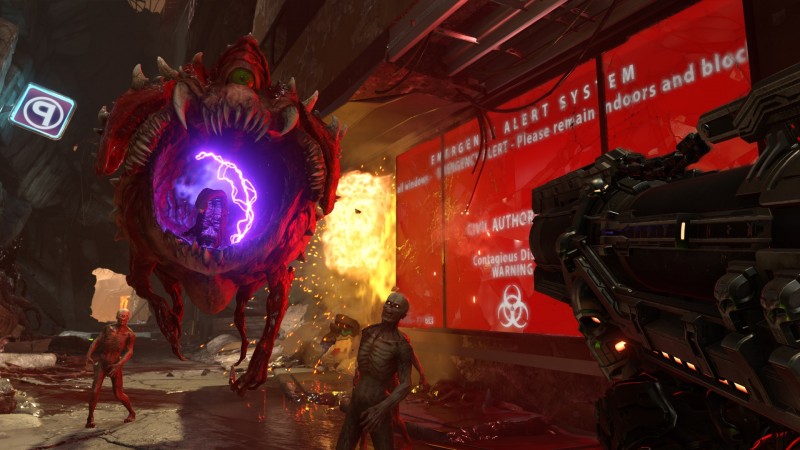 Just a few weeks ago during Quakecon, Bethesda surprise-released three classic Doom games on modern platforms all of a sudden. Doom, Doom II, and Doom 3 were all made available on PS4, Xbox One, Switch, PC, and iOS, but with some small caveats. One of those was that the games required Bethesda logins to play, not letting players play the game without first signing up for their account. The other was that, when the game was disconnected from Bethesda's servers, a message would pop up saying so, often stopping gameplay.

This became kind of an issue, especially on the day of a surprise launch, wherein lots of people were trying to access the servers at once and very few could actually play. Bethesda apologized and said it was an unintended glitch that they were going to fix. Now, a few weeks later, that fix has finally come through.

Basically, just update your game and you should be freed from the yoke of online logins and gameplay-interrupting messages.

There have been rumors that these three Doom titles won't be the only classic Doom ports on modern platforms, as Doom 64 has also been rated for the PS4 and PC. Hopefully if it does come, it will leave the online aspects by the wayside from the beginning.