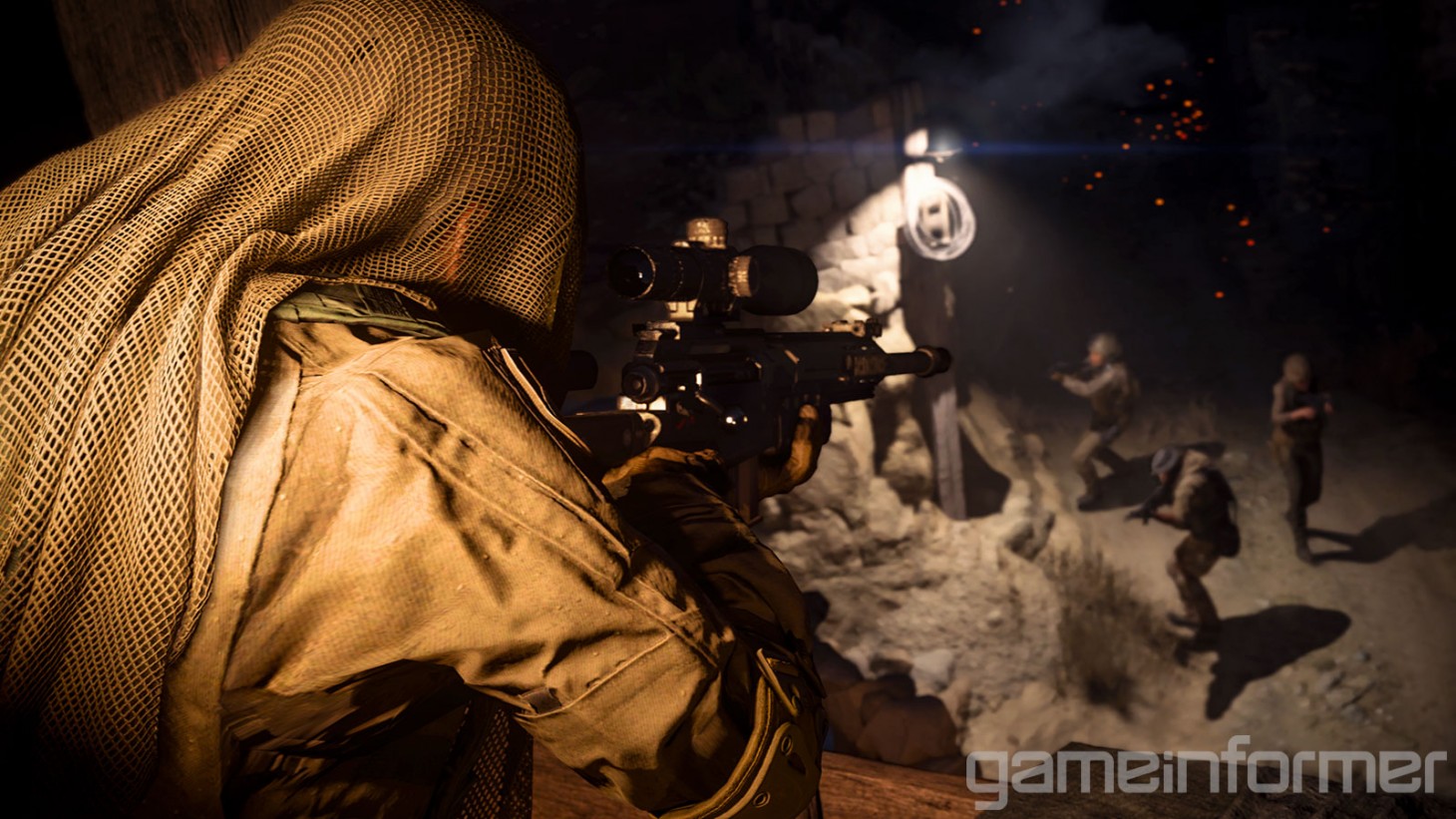 All The Ways You Can Customize Your Modern Warfare Multiplayer Character

Customization has become a bigger and bigger part of allowing players to express themselves in online multiplayer matches. For Call of Duty: Modern Warfare, Infinity Ward wants to not only allow players to change the way their characters look, but also how they play. We sat down with several key members of the team to discuss all the ways players can make the Call of Duty: Modern Warfare multiplayer experience their own.

Players can customize their characters on three main levels: looks, loadouts, and guns. As you play, you unlock new operators to choose from, new skins to equip them with, and new attachments to snap onto your gun. When many people think of deep customization systems, they look at the purely cosmetic ways you can make your character look cool. However, with Modern Warfare, the cosmetic side of multiplayer character customization is perhaps the shallowest when it comes to the options available to players.

Modern Warfare's multiplayer consists of two factions: Allegiance and Coalition. When you first start playing multiplayer, you only have access to generic soldiers on each side. However, as you play, you unlock new operators for each faction. From Coalition's grizzled, in-your-face Texan known as D-Day to Allegiance's eerie man of few words Krueger, you're likely to find a character to represent how you want to appear and sound in game. Despite the characters featuring wildly different looks and personalities, don't worry about being forced to play as a character whose personality you don't like just because you like how they control; the operators only differ from one another cosmetically. 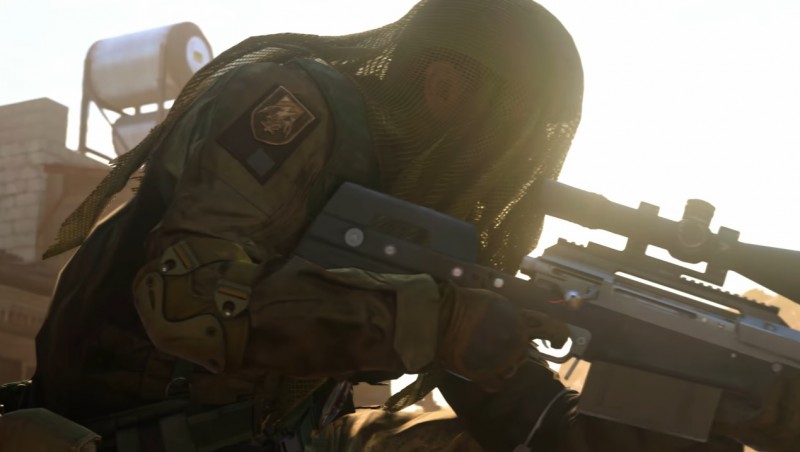 “This is pure player visual choice," studio art director Joel Emslie says. "If people want to represent themselves visually in the game, that’s what this does. I think that’s important, because when you tie gameplay to visuals, what if I don’t like a specific character but I love that ability? I’m stuck with that voice and that look just because I like to play that way. That’s something we really wanted to acknowledge and make sure the two were nicely put together in a way where people could really have the ability to make those decisions for themselves.”

While you can't customize any of the characters' looks down to individual parts, each character has unlockable skins. “We went with a system that is more of an overall skin,” multiplayer design director Geoff Smith says. “We didn’t want to deal with knee pads and the noodly bits. We’d rather do highly authored looks on those characters, rather than having to deal with, ‘Will those socks go with those gloves?’ and trying to make yourself match.”

When I was able to dig into the character customization, each operator had eight slots for unlockable skins, but Emslie tells me that number isn't final. “We might have more or we might have less," he says. "For me, I don’t want to ever see a skin or an incarnation of a character that’s just arbitrary to fill a number. Our focus has been, whatever customization we put in has to be completely high quality. You don’t just put it there to put a number down.” 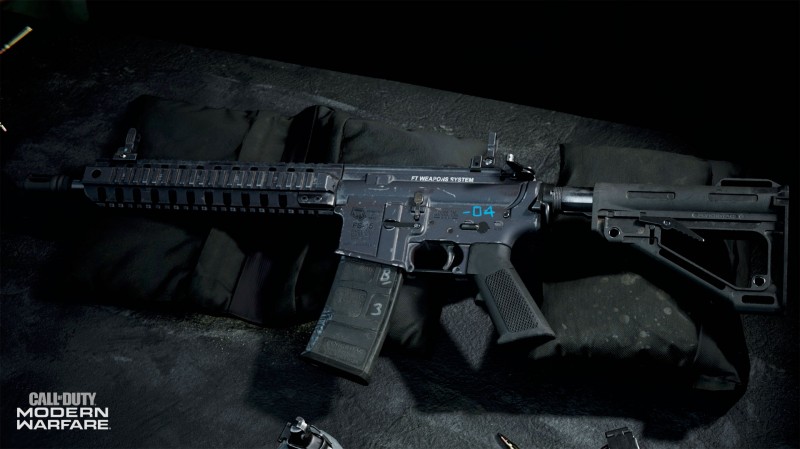 Instead of letting you customize every nitty gritty detail of how your character looks, Infinity Ward wants you to have a field day with customizing your weaponry. The Gunsmith feature returns, giving you full control over how your gun looks and acts. In my time messing around with the Gunsmith between matches, every attachment had some kind of give and take. Adding a suppressor might make you harder to hear coming, but it might affect the speed of your ADS. To combat that, you may want to try adding a lighter stock to improve your handling.

“It really speaks to, early on, recognizing that the gun is really the main character,” Smith says. “[Customizing] the guy is great, and that’s fun, and you pick whoever you just kind of align with, but we really wanted to have that MMO character with the gun. That’s why we invested early on with all those noodly bits, because that’s your tool to interact with our world.”

Once you figure out the perfect combination of attachments for your favorite gun, you can save and even name the gun. "I think everybody wants to use Excalibur rather than broadsword #3," Smith says. "So once you name it, it becomes a thing and kind of a talking point. We see it in the office: ‘I made this combination, here’s the recipe, and it’s really cool, give it a try!’ It just becomes a cool talking point of what kind of Frankenstein experiment you came up with.” 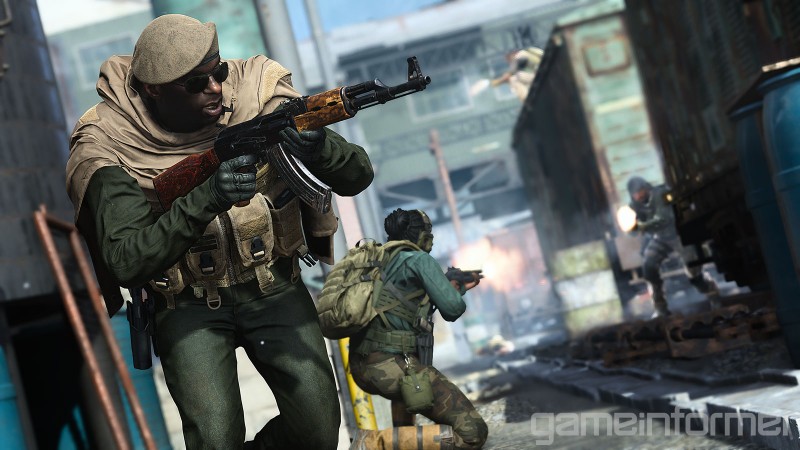 It might sound like players will be finding "overpowered" combinations, but Infinity Ward isn't particularly concerned about that, as long as there are ways to counter those setups. “A good goal for the system for us is that it’s not that we want to have a Golden Gun in there, it’s that we want to have three or four,” multiplayer design director Joe Cecot says.

Of course, it wouldn't be a Call of Duty game without being able to customize your loadout. While the Gunsmith customizations are certainly a part of your loadout, it goes well beyond that to allow players to cater to how they want to play. Similar to previous years, players can choose a primary weapon, secondary weapon, three perks, a lethal grenade, a tactical grenade, and a field upgrade.

In addition, killstreaks return, meaning you can choose from a list of effective rewards for strong performance. Are you the kind of player to rack up long killing sprees? You can gamble and put all your points in the higher end of the killstreak spectrum. However, maybe you're the kind of player who gets two or three kills at most before you die. In that case, you'll want to stick to the lower end of the rewards to try and wring out every last kill you can get. From enemy-spotting UAVs to airstrikes to even seemingly unstoppable juggernaut suits, the killstreak rewards are just one additional way you can cater to your playstyle. 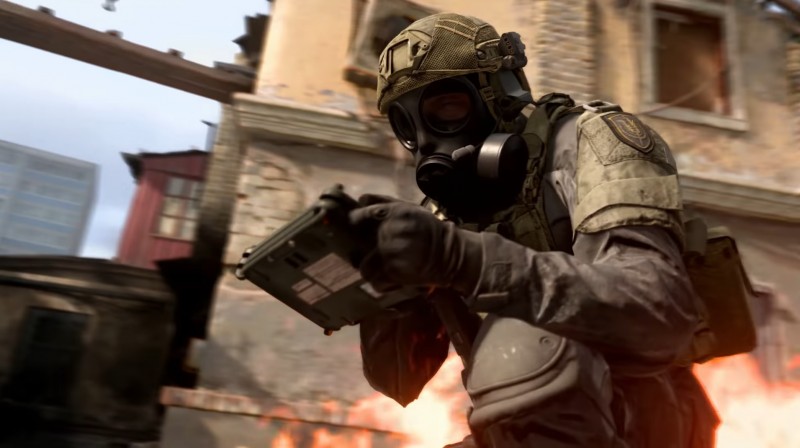 Call of Duty: Modern Warfare impresses with its level of customization, particularly with regards to how granular the modifications are for the weapons themselves. However, if you're concerned that it'll be a race to unlock the best weapons, Infinity Ward says you shouldn't worry. “Our default classes will be some of the best stuff in the whole game,” Smith says. “You put those up front, and if those are solid enough to play in some league-play finals, then we know we’re doing our job well. Then when I buy the game six months later, I’m not at a disadvantage because I have all the best stuff right here. Then you’re just chasing your agency out of it.”

I'm excited to see what kinds of experimental monsters players can come up with when the game launches on PS4, Xbox One, and PC October 25. To see the customization in action, check out our episode of New Gameplay Today below.

To learn even more about Call of Duty: Modern Warfare, click on the banner below and follow along with our month of coverage.