Frostpunk Descends Upon The PS4 & Xbox One This October

Polish developer 11 Bit Studios has announced that its harsh survival strategy game Frostpunk is coming to consoles starting on October 11. The digital version goes on sale that day (suggested price of $29.99), with the physical copy available later on October 22 for the same price. The game charges you with the growth of your settlement in abject conditions, and there are no easy decisions, just survival.

Console ports often are abominations, but 11 Bit has worked hard in bringing the title to the PS4 and Xbox One, complete with reworked controls to suit the gamepad (click here for our full article on what you'll find on the consoles).

To get a further look at the PC edition, check out the game's episode of New Gameplay Today. 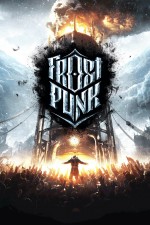