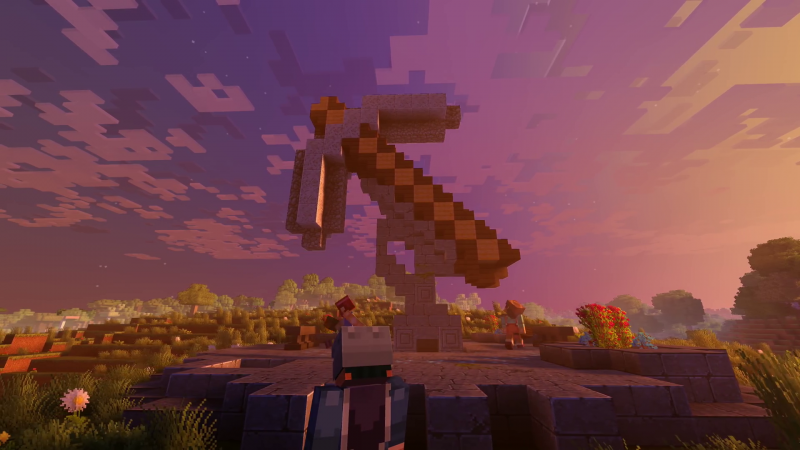 At E3 two years ago, developers at Mojang got on stage to announce a host of different Minecraft initiatives, such as an ambitious attempt to get every version of Minecraft into the same ecosystem. Snuck in between several of these announcements was the public reveal of what Mojang called the Minecraft Super Duper Graphics Pack, an optional graphics pack that reskinned the game with higher-resolution textures, better lighting, shadows, and 4K support to come in Fall 2017. Two years later, they have announced that the project has ceased development.

Mojang announced cessation of the Super Duper Graphics pack on their website today, stating that the performance hit was a bit too much for every platform.

"We realise this is disappointing to some of you – there was a lot of enthusiasm for Super Duper from inside and outside the studio – but unfortunately, we aren’t happy with how the pack performed across devices," the developers wrote in a blog post. "For this reason, we're stopping development on the pack, and looking into other ways for you to experience Minecraft with a new look."

Reading between the lines a little, this presumably means that come Minecraft platforms, like say PC or Xbox One, could handle this fine, while tablets and the Switch probably struggled. At that point it becomes a question of which Minecraft initiative took priority, better graphics or unifying the platforms so no one has a demonstrably different experience? Looks like the answer was the latter.