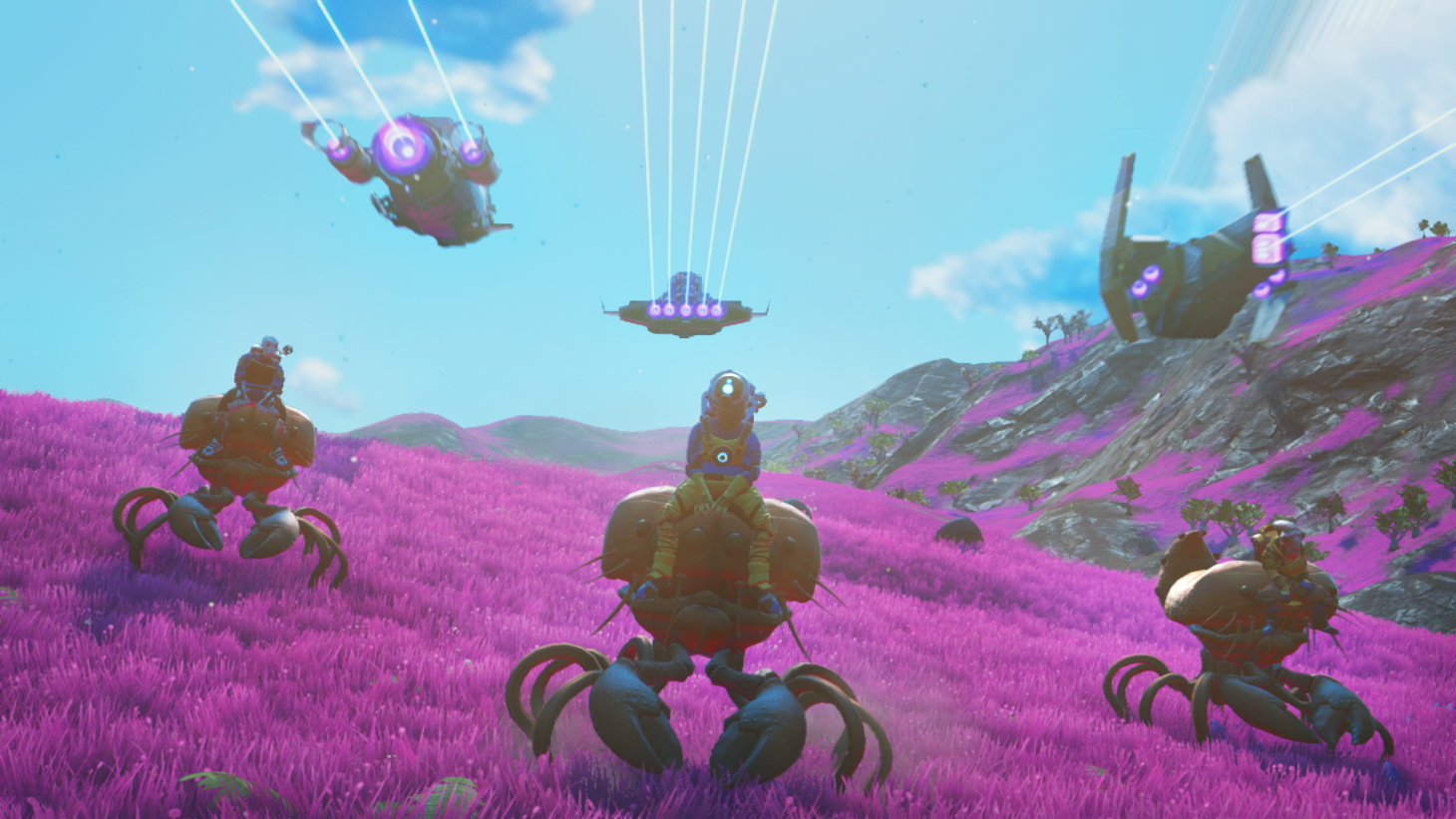 No Man's Sky Beyond Will Let You Milk Aliens

In March, Hello Games revealed that they’d be releasing another large free update to No Man’s Sky called No Man's Sky Beyond. They promised three big features for the update: expanded online multiplayer, full VR support, and a mysterious third feature. We recently got a chance to speak with Hello Games’ Sean Murray about the update and learn exactly what they’ll be releasing on August 14th.

“We get to this point where we're launching something and I always think, “Why have I brought this on myself?” jokes Murray. “Actually, this is the happiest the team has been and the most productive… It's just shipping things and making games is hard. Those last couple of weeks are always just a bit crazy.”

While the team wants to emphasize that they aren’t turning No Man’s Sky into an MMO, they are increasing the maximum number of players in the game. The number will vary depending on the platform, but you can expect a range of 16 to 32. The update will also include the addition of a social space in the form of a giant ship that Murray compared to the Tower in Destiny. “You can just summon it at any time,” Murray says. “You fly into this huge ship in space. And if other people are there, no matter where they are in the universe, then you'll see them… everything takes on much more meaning, and you can do multiplayer missions together, and create fire teams and meet random strangers.” 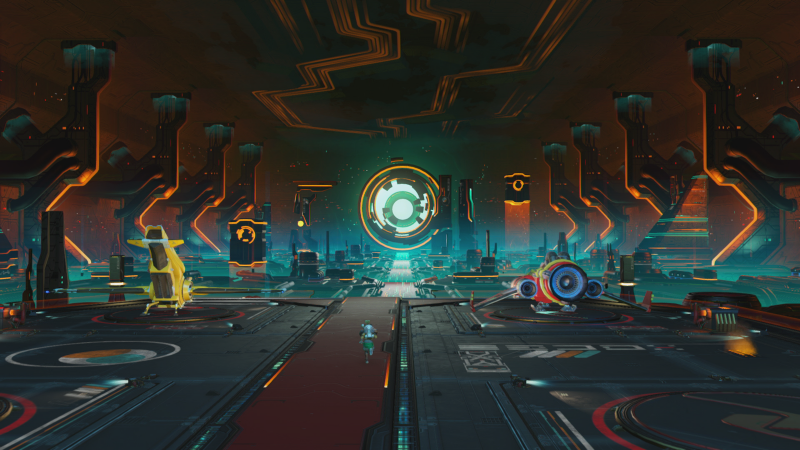 No Man’s Sky Beyond will also let players experience the entire game in VR. To learn more about how the team achieved this technically, check out our interview from GDC. “There's about one million people that own a headset that also own No Man's Sky,” Murray says. “So, day one, there's over a million people who are getting a free, cool VR game.” The game will be playable on PC headsets and PlayStation VR. Murray says that while he loves the Oculus Quest, he doesn’t think they’ll be supporting the current version.

Above: Watch us share impressions from playing No Man's Sky in VR during GDC.

During the interview, Hello Games revealed that the third mysterious feature for No Man’s Sky Beyond is… not really one feature at all. “The third component is really about pleasing a lot of the community,” Murray says. “We're adding creature riding, creature farming, creature milking, and you can tame creatures.” The team is adding a long list of features that the community has been asking for since the game launched but also repackaging everything into what Murray describes as a “cohesive whole”. These features include NPCs walking around on planets, deeper missions, and new alien languages and races. Murray says that the list of features added to Beyond will consist of patch notes twice as long as their last update for No Man’s Sky Next.

The team is continuing to expand base building in the game as well, now allowing for larger bases and industrial bases (Murray compares them to the game Satisfactory) that feature generators, solar panels, and mining extractors. “On top of that we've made it so that bases support things like logic and electricity so that people can be really creative,” Murray says. “We built a version of Rocket League with working goals and a ball spawner. All four buggies were in there and people were playing multiplayer. If you build something like that, then you can share it online… You can go to a board and you can see featured bases, things that people have made, almost like browsing in LittleBigPlanet.” 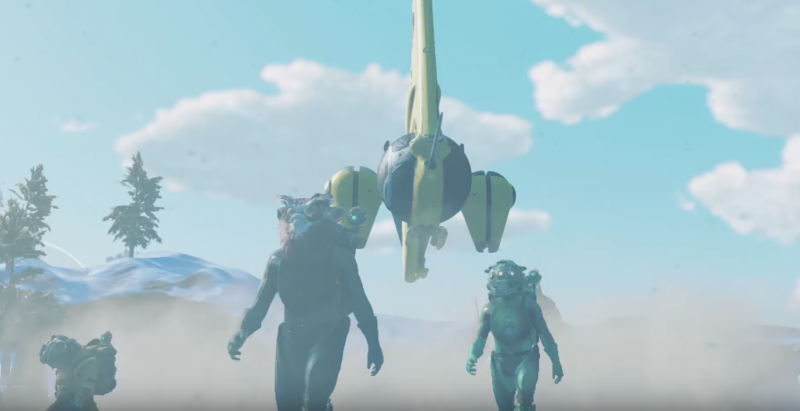 While Hello Games is packing a lot in to No Man’s Sky Beyond, they don’t see an end in sight for the ambitious sci-fi game. I asked Murray if they see this as the final big, named update for the game.

“No, we don't,” he says. “Even though we've got a lot of things in Beyond, there's also a lot of things that just didn't make it that even now I can see we're going to spend the next few months after release doing. We’re committed to doing a season (at least) of really regular updates, community events, and things like that. Because we've got whole new systems to make them more social, and do global community events where we send everyone to a certain planet to go and dig up fossils or whatever.”

No Man’s Sky Beyond will be launching on August 14th as a free update to the base game, a new retail version for the PlayStation 4 will be launching in September as well. We also asked Murray about whether we’ll ever see the game on the Nintendo Switch, click here to check out his full answer. Or, for a better idea of how this whole journey began, check out our exclusive videos from when No Man's Sky was on the cover of Game Informer in 2014.