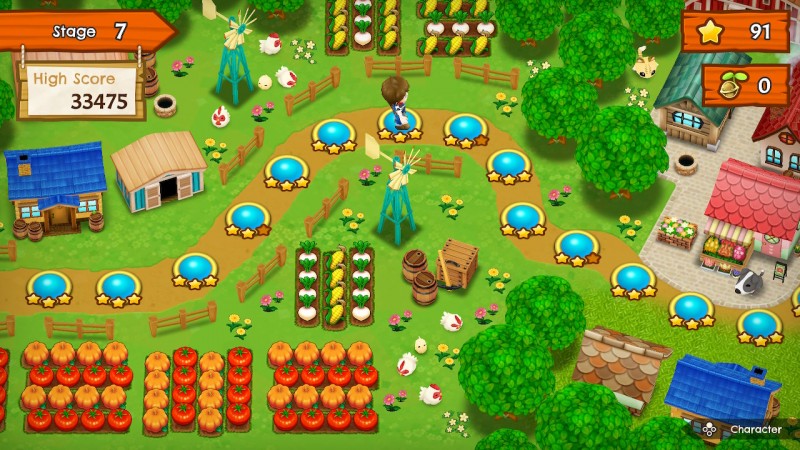 Harvest Moon: Mad Dash is a different take on Harvest Moon as it switches up the regular tone of the series to make the gameplay more frantic and puzzling. Players can experience the game solo or with friends milking, fishing, and harvesting to complete levels. They can also work throughout various environments such as the farm, beach, Underworld, and Skyworld. It's coming to North America in September 24, and is now also releasing in Europe.

The CEO of Rising Star Games, Brjann Sigurgeirsson, was hopeful the fast-paced style would hook plenty of players in, but was also pleasantly surprised at the conference's reception saying, "When we saw the excitement that Harvest Moon: Mad Dash generated at E3, we knew we had to bring it to Europe as well."

Scheduled for an estimated release date Fall 2019 on Switch and PlayStation 4, players from Europe can now be on the lookout for this title. For one of the latest games from the Harvest Moon creator, Yasuhiro Wada, be sure to check out our coverage of Little Dragons Café.