THQ Nordic has announced that Darksiders II: Deathinitive Edition is hitting the Switch on September 26 for the suggested retail price of $29.99.

The edition folds in all the DLC and includes updates to the original Darksiders II from 2012 such as reworked game balancing, better graphics, and improved lighting. You can get a taste of those improvements with these screenshots taken from PS4/Xbox One versions of the re-release. 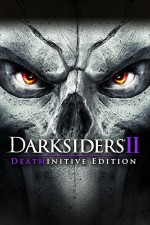