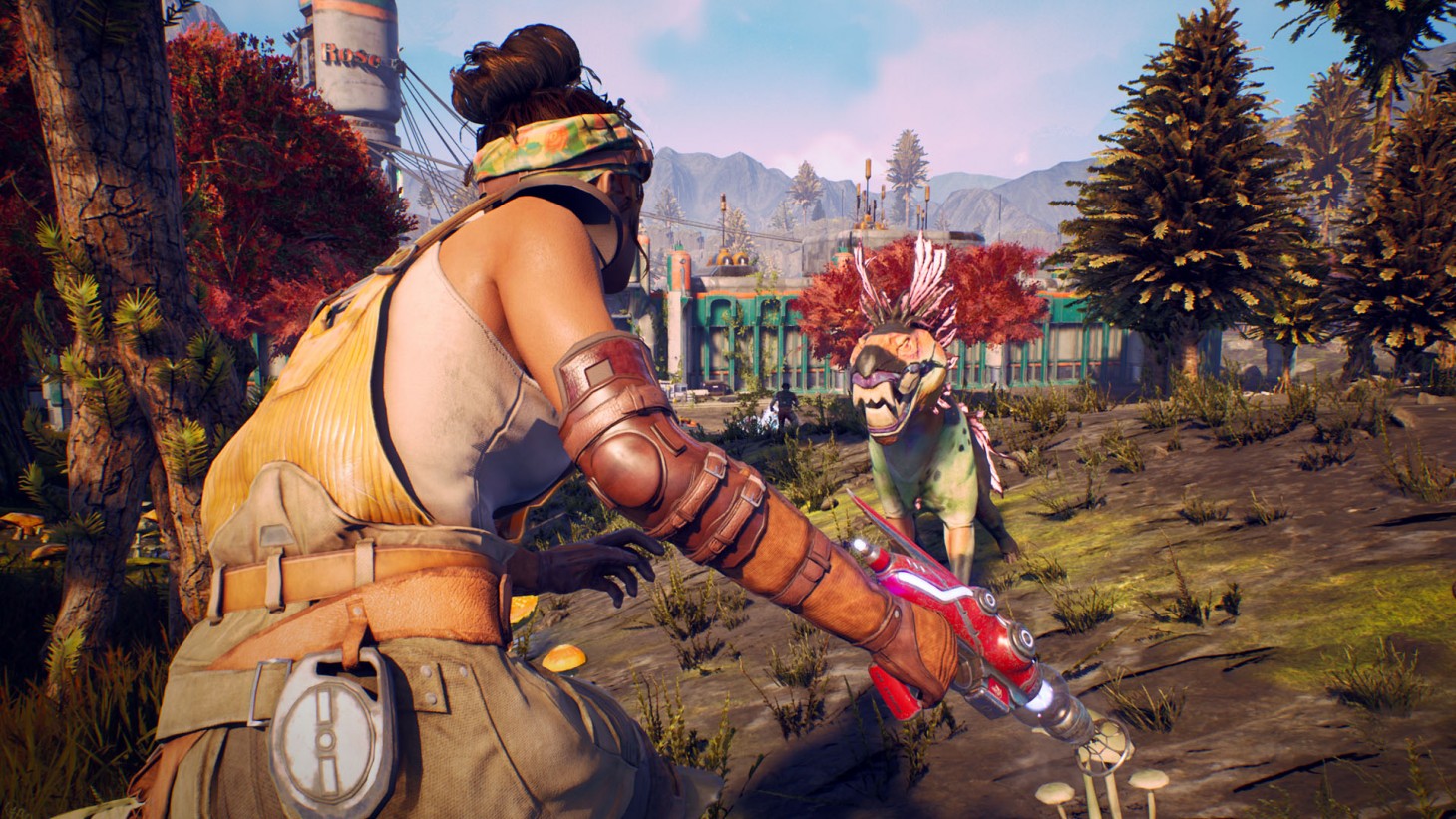 You can see footage of me playing for about 45 minutes – accompanied by an in-depth discussion – on our latest episode of New Gameplay Today. But if you just want some quick impressions, these are the five biggest takeaways that stood out after my time with The Outer Worlds.

1. Your expectations are probably right

This is an open-world, sci-fi RPG. It’s being developed by Obsidian (the studio that made Fallout: New Vegas), and co-directors Tim Cain and Leonard Boyarsky are two of the minds behind the original Fallout. I don’t want to diminish The Outer Worlds’ own identity by shackling it to another franchise, but ever since the game’s reveal, many enthusiastic fans have expressed an opinion similar to, “This looks like Fallout, but in space!” In my recent hands-on experience with The Outer Worlds, combat, exploration, dialogue, and character progression all had a familiar vibe. Yes, there are plenty of important differences from Fallout, but the general comparison is still appropriate.

2. Combat holds up without time dilation.

You have an ability called Tactical Time Dilation (TTD) that drastically slows down the world around you. To go back to the Fallout comparison briefly, TTD is this game’s version of VATS; it gives you time to assess the battlefield and target specific parts of your foes. Before playing the game myself, I was curious about the degree to which the gunplay relies on TTD. Do you need to use it in every combat encounter? Do the battles feel clunky if you approach them more like a traditional FPS? The bottom line is this: I enjoyed using TTD, but I didn’t employ it constantly, and it doesn’t feel required. I never sat around waiting for my TDD meter to recharge, mainly because I had so many other tools at my fingertips, like sneaky melee strikes and companions’ special moves. Plus, the weapons and shooting controls feel good, so the action can stand on its own.

Okay, obviously it’s important to invest in new skills and abilities in an RPG. However, the perks in The Outer Worlds are especially worth calling out because of the impact they can have on your playstyle.  They’re different from skills, because they don’t determine your aptitude in something. Instead, they augment different approaches to situations. For example, if you really like using TTD, you can take a perk that makes it possible for you to stay in that state longer. If you like fighting alongside your companions and want to use their powerful special moves more often, you can take a perk for that. As I was browsing the perks, I had trouble deciding which ones to take because many of them were tempting, so be ready to agonize over picking them when the time comes!

4. Choice is no illusion.

When it comes to the consequences of the choices I made during my session, I have an admittedly incomplete picture. I had plenty of chances to make good and bad decisions (I killed almost every quest-giver I met, for example), but I didn’t get to see the full long-term impact of those story beats. Even so, I saw Obsidian’s pursuit of a choice-driven experience manifest in different ways on different levels. You make choices about your progression (“What kind of character do I want to play?”), quest resolution (“How can I achieve my goal?”), and other NPC interactions (“What happens if I kill this person in charge of a cult?”). Some of these questions have immediate answers, and some take much longer to bear fruit. But regardless of what you do, it should be easy to feel a sense of ownership and responsibility over how the adventure unfolds minute-to-minute and hour-to-hour.

The Outer Worlds is a funny game, but not entirely in a ba-dum-ching­ punchline kind of way. It has an absurdity baked into the premise and characters, which means you are getting a more pervasive kind of humor. The subjugation of humans to the interests of corporations gives rise to many outlandish quests and situations. Various dialogue options have you lying, persuading, or being dumb with regularly amusing results. Also, your ship is called The Unreliable, which is pretty hard to take completely seriously. Of course, The Outer Worlds also has more deliberate jokes (which I’m not going to defuse with out-of-context explanations), but my overall impression is that the team at Obsidian hits a pretty consistent balance of irreverence without dipping too far into pure zaniness. I spent a lot of my play time smiling.

For more on The Outer Worlds, click the banner below to visit our cover story hub filled with exclusive in-depth features. 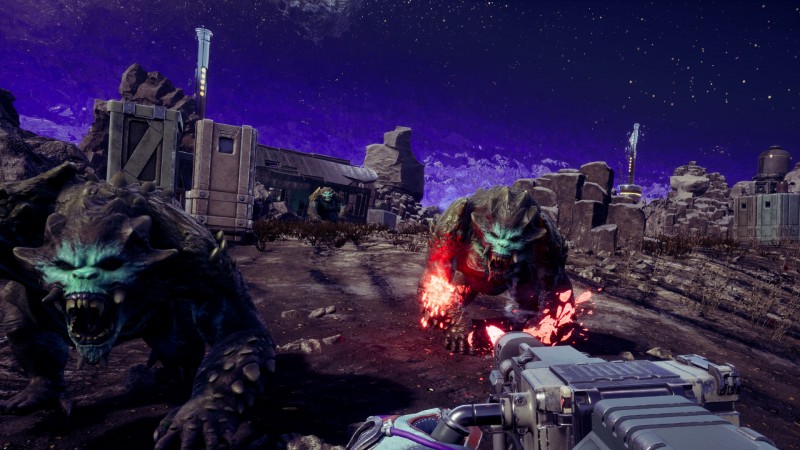 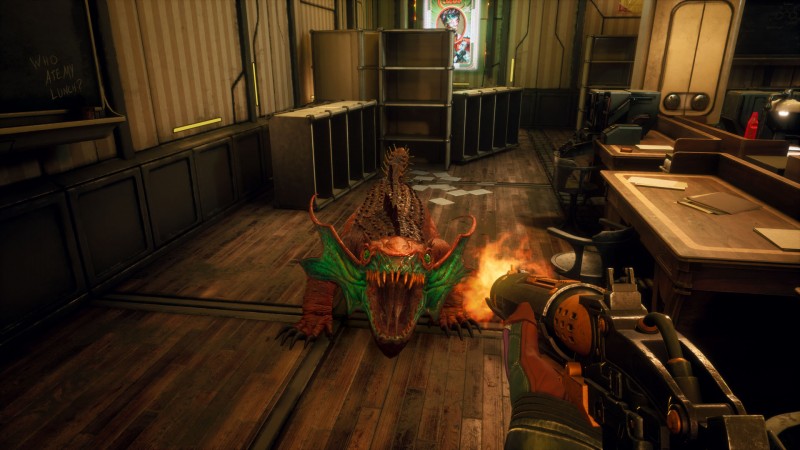 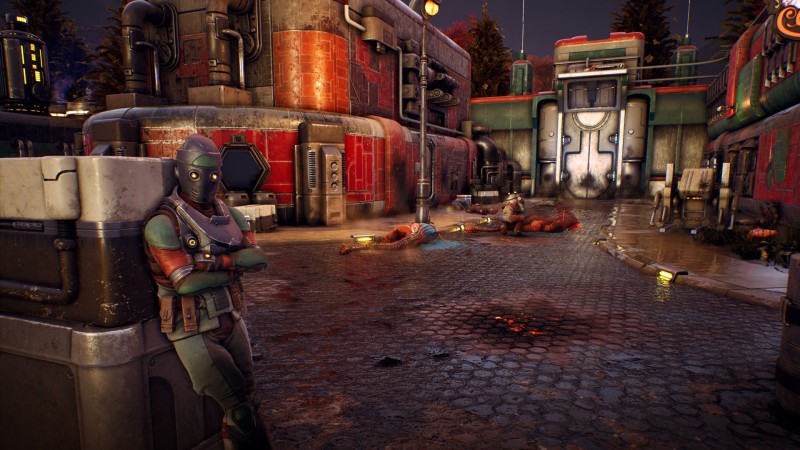 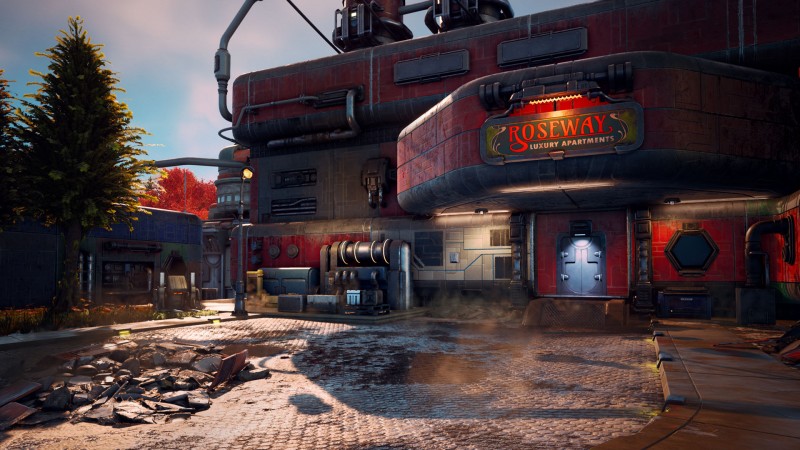 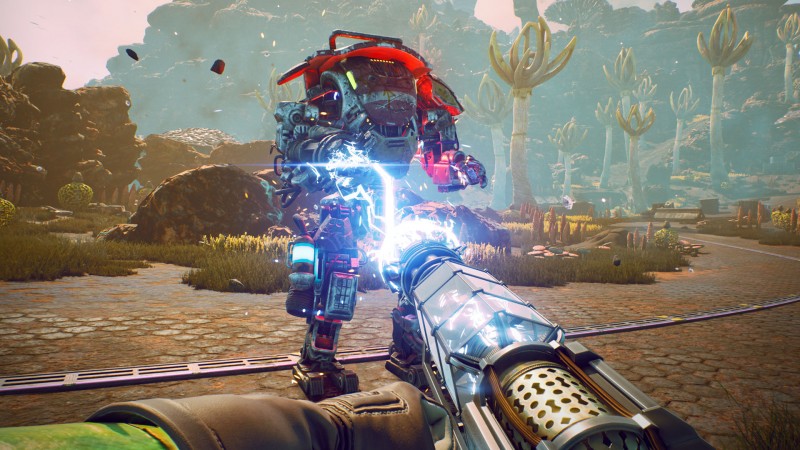 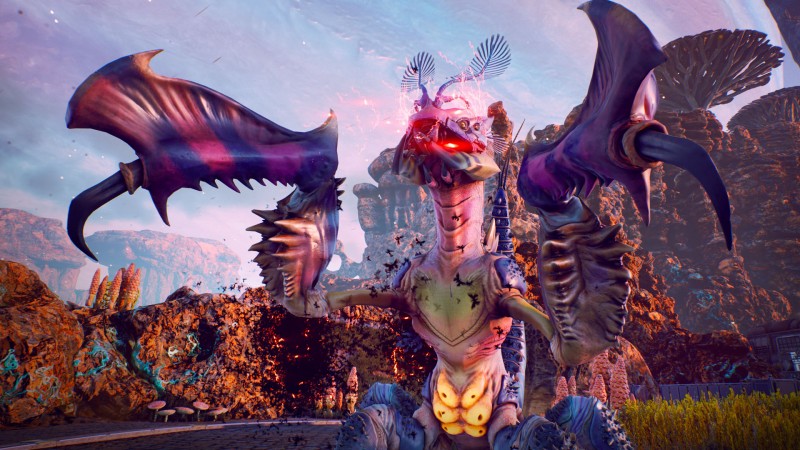 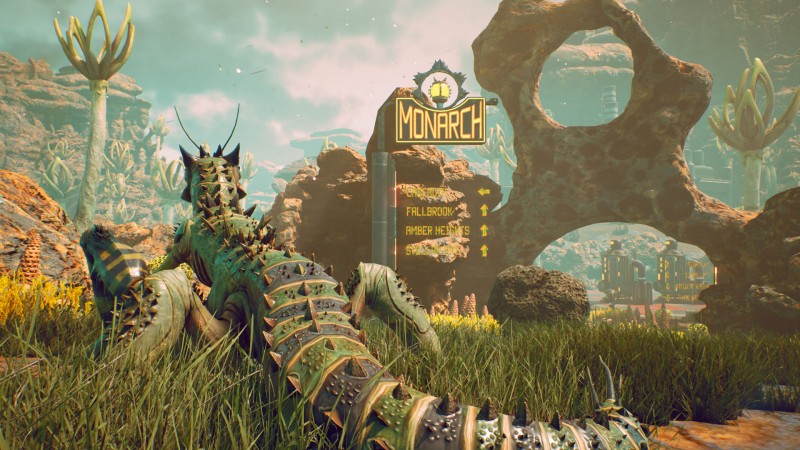 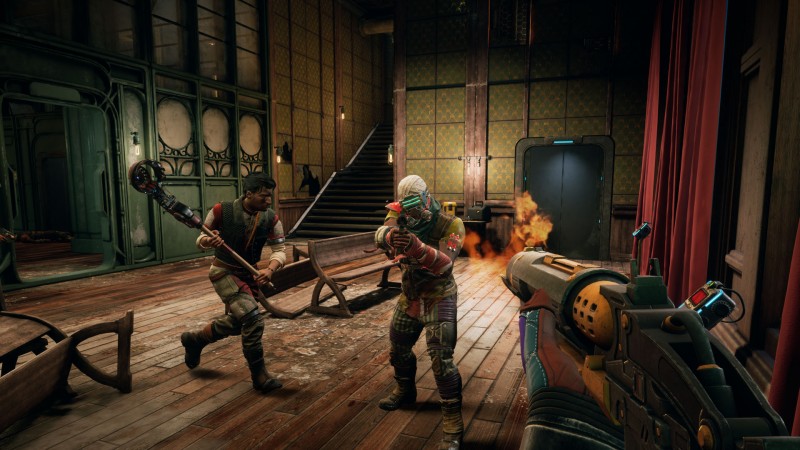