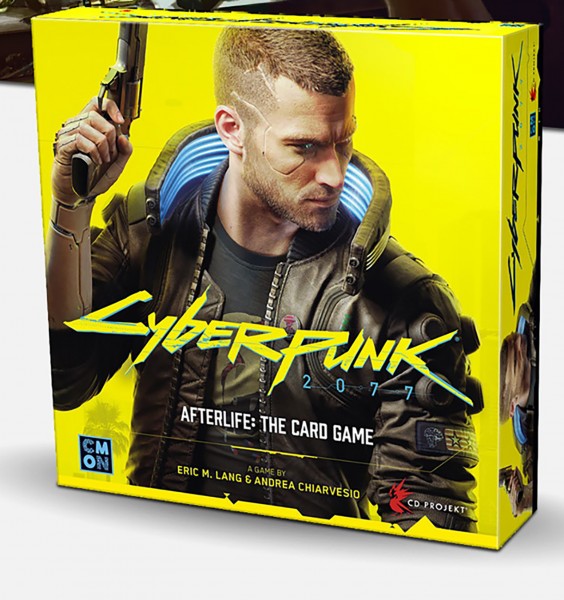 Unlike the earlier RPG editions, Cyberpunk 2077 - Afterlife isn't a tabletop RPG but is instead a card game being designed by Eric M. Lang, who designed the stellar Bloodborne card game adaptation, and published by CMON.  Here's the full pitch for the game:

In Cyberpunk 2077 – Afterlife: The Card Game, players become Fixers. Fixers are the databrokers and masterminds in Night City who recruit cyberpunks, equip them with gear, and send them out on missions. But nothing’s free in Night City. Players need to balance between what they want and what they can actually afford. Using an innovative drafting mechanic and special dashboard, players must decide which cards they want to buy, and which to sacrifice for funds in order to purchase new ones.

CMON notes that Afterlife will be the first collaboration between it and CD Projekt Red. The card game will be released sometime in 2020.

For more on Cyberpunk 2077, here's everything we learned about the game at this year's E3. And if you're a tabletop fan, check out our column on all things tabletop here.