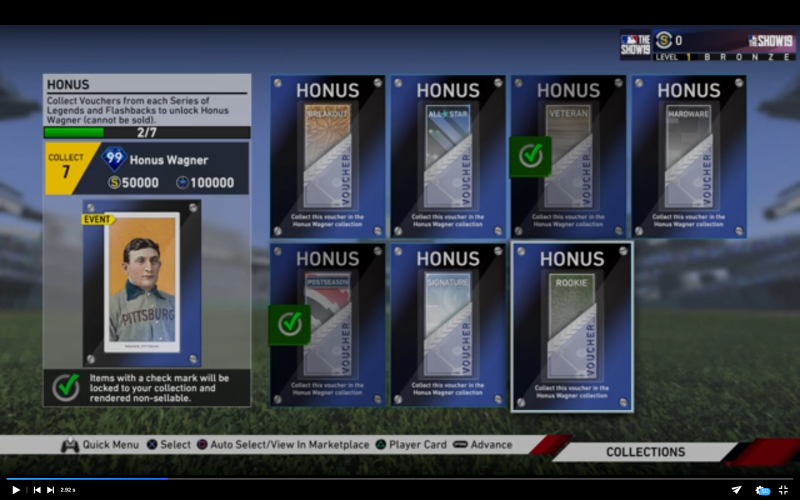 Johannes Peter "Honus" Wagner played for 21 seasons in the Major Leagues (from 1897 to 1917), and ended up winning eight batting titles in that time with the Pittsburgh Pirates. He also set the stolen base record five times. For his career, he netted an impressive .329 batting average with 3,430 hits, 101 home runs, and 722 stolen bases. He was one of the first players to ever be selected for the Baseball Hall of Fame, but he isn't known for his success. Most people know of Wagner for his rare baseball card.

In 1909, American Tobacco Company created a Honus Wagner baseball card for its T206 series that would be included in cigarette and tobacco packs. As the card started making its way onto store shelves, Wagner demanded that production end, since he didn't smoke and didn't want his image associated with tobacco product. Of the 200 cards that were made, 57 were released.

Collectors are now paying top dollar to add this rare card to their collections. In 2016, a T206 Wagner card sold for $3.12 million. That card is now available in MLB The Show 19, and getting it will take time. To add this 99-ranked legend to your team, you'll need to collect legends and flashbacks, complete series collections, and earn seven vouchers.

Good luck getting this one, Pirates fans.

⚾The rarest baseball card on the planet is now attainable in Diamond Dynasty
⚾He's a @Pirates Legend
⚾Welcome to The Show, Honus!
👉https://t.co/oeygvgmvhX👈 pic.twitter.com/SWQu9AZZqQ