MechWarrior 5: Mercenaries seems to be having some trouble getting to launch, but hopefully this will be the last time the game is delayed. Originally announced in 2016 for a 2018 release, the game has received numerous delays, most recently to September 10 of this year. Now, however, it will come out even later.

Mercenaries, the first single-player game in the franchise since 2002, is now slated for release three months later, on December 10. This news comes with another gut-punch for some: It will be exclusive to the Epic Games Store.

Nevertheless, we loved the game when we played it last year, praising the story and blend of action and strategy. We hope these delays are helping the game deliver on its hefty promises.

MechWarrior 5: Mercenaries will launch exclusively for the Epic Games Store on December 10. Those who preorder the game will get access to the game's closed beta in November. 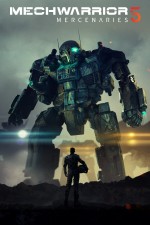