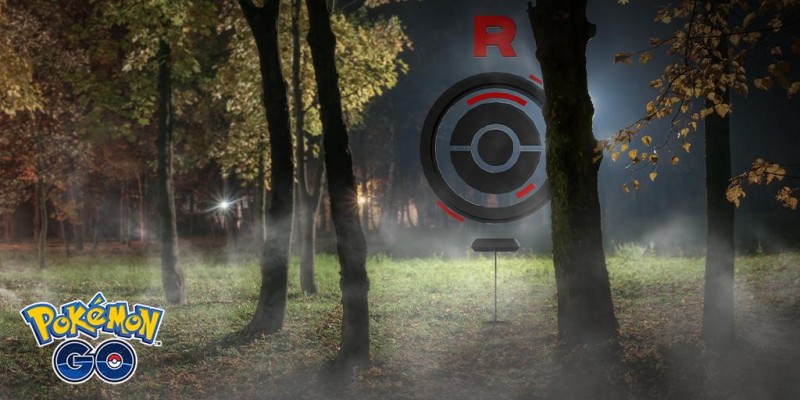 Team Rocket has long been a thorn in the side of trainers in games, cartoons, and comic books, but their evil presence hasn't been felt in Pokémon Go. That changes today. Niantic has added this evil faction to the game, and you'll periodically find them camped out at Pokéstops.

You'll know they are there by a darkened blue color of the Pokéstop's square. If you click into the stop, you'll be greeted by your team leader, who warns of new trainers appearing in the world, and then a Team Rocket member who wants to battle. All of the Team Rocket Pokémon are shadow versions with red eyes and purple aura surrounding their bodies. The battle unfolds just like every other trainer battle in the game, with the one big difference being you get the chance to catch one of Team Rocket's Pokémon upon victory. Winning also clears the stop of Team Rocket for you.

The Pokémon you get will be a shadow version, but you can purify it if you want by trading in dust and candy. The purified Pokémon learn the attack Return, which gives them a little bit of an edge over their typical versions. In my play time, I battled a shadow Charmander and Rattata.

Good luck in the battles, trainers. Let us know if you learn anything new as you take on this evil group.