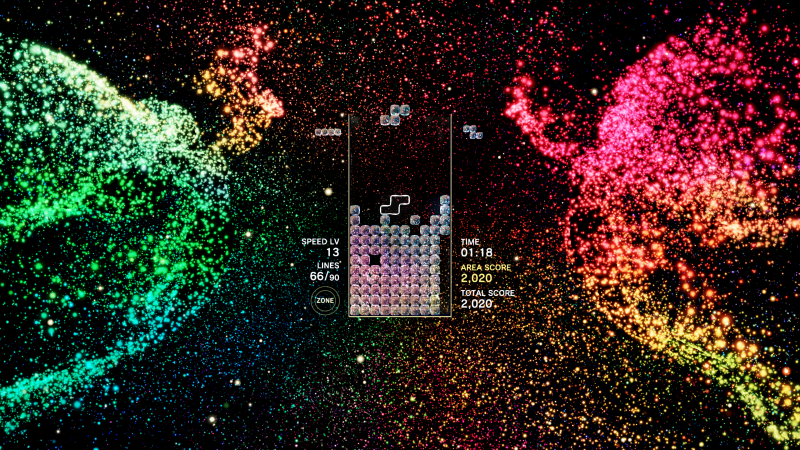 Tetris Effect was one of the best games of last year, according to you dear readers. At release, the game was exclusive to PlayStation 4 and, thus, the PlayStation VR for all its virtual reality functionality. Tetris fans have long been asking when the game might come to other platforms and, at least as far as PC goes, that question can finally be answered. Tetris Effect is landing on PC via the Epic Games Store on July 23.

The PC version of Tetris Effect will support 4K resolution, graphical options that weren't present on the PlayStation 4, support for VR headsets like Vive and Rift, uncapped framerate, and more. Check out the PC announce trailer below.

The VR aspect will also have things like adjustable particle size and volume, texture filtering, and other options that Enhance Games will detail later.

For those who have never played Tetris Effect, it is a primarily audio-visual Tetris experience rather than one focused on modes for hardcore Tetris players. This isn't exactly Tetris: The Grand Master series, it is more of a chill experience by and large but is mostly meant to make you feel something while playing Tetris. How successful it is at that can vary, but now PC players can give this a shot to see.

Tetris Effect releases on PC on July 23. No word has been said about any other possible platforms.