Super Monkey Ball Is Coming To Modern Consoles... But It's A Remake Of Banana Blitz

It's been a good while since we've had a Monkey Ball game, and even longer since we've had one that most people liked. After a long wait, we're finally getting another release, but it's a remake of a game people weren't too fond of.

Fans fell in love with the series for its colorful world and characters, zany music – and most importantly – its short, high-quality levels in which players tilt the entire stage for encapsulated monkeys to roll around on. As the series progressed, however, Monkey Ball shifted further away from this initial formula, adding puzzle components, minigames, and motion controls that usually took away more than they added.

Banana Blitz wasn't as loathed by fans as some other entries in the series, but it nonetheless was a bit deflating, especially with the Wii's motion controls for the game leaving a bit to be desired. As Game Informer stated in the review, "Ultimately I came the realization that, at the end of the day, I would have been happier playing this game with a conventional analog stick."

Although Sega hasn't yet announced how you'll control these monkeys this time around, we'd have to imagine the game would adopt a more traditional control scheme to fit with modern consoles' controllers. 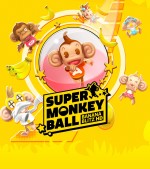