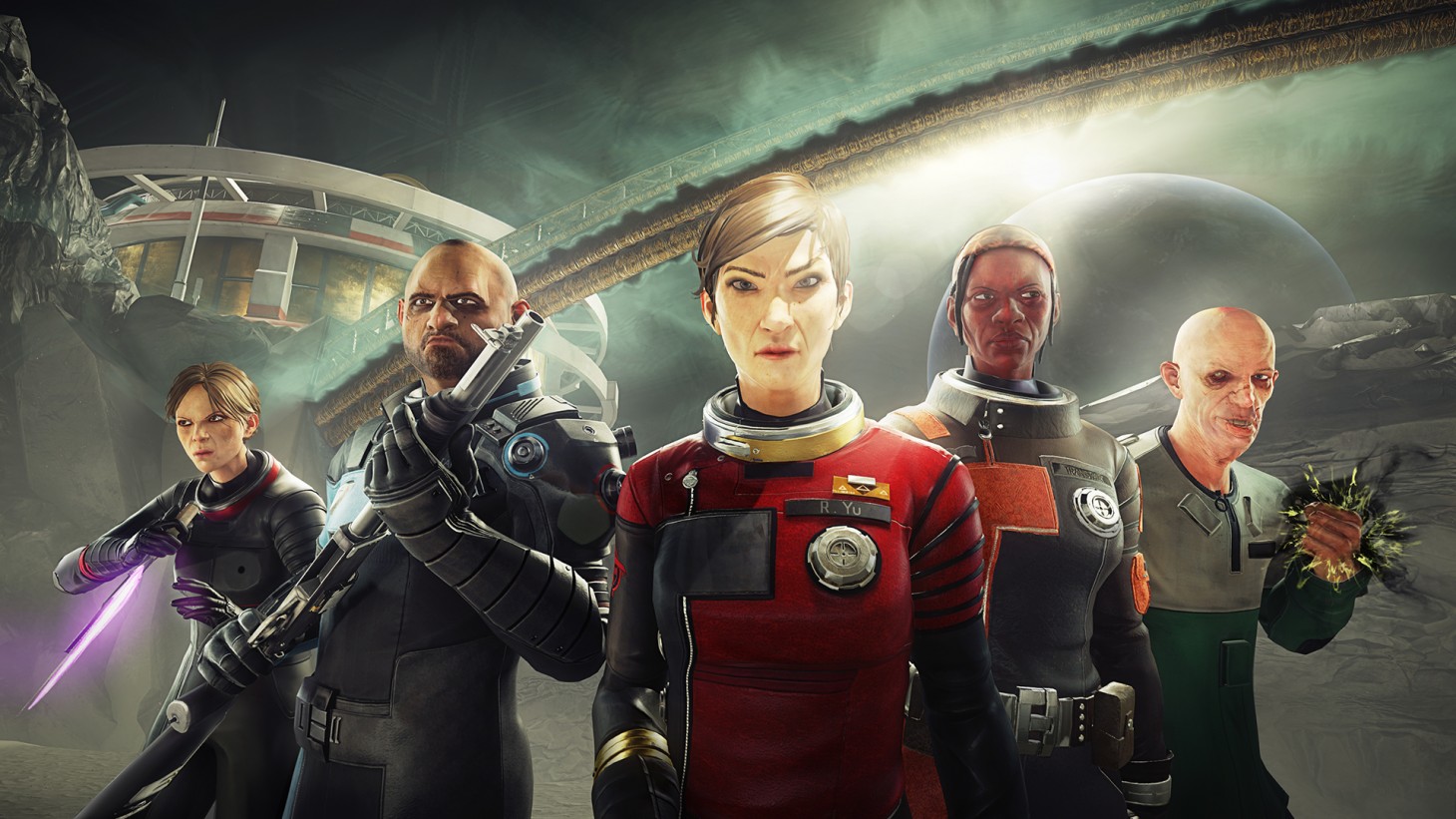 In 1969, humankind took a giant leap (assisted by less gravity) by planting a flag on the surface of the moon. The human fascination with the moon has been strong throughout our history, and over the course of this week 50 years ago, we conquered the space rock with nothing but hundreds of years of science, a rocket ship, and a flag. To this day, only 12 people have walked on the surface of the moon, and we haven’t returned to it since 1972. That is, real people haven’t gone back. We, on the other hand, have reached the moon many times, all in virtual worlds. Here are 10 games to spend the 50th Anniversary of Apollo 11 with on the moon. 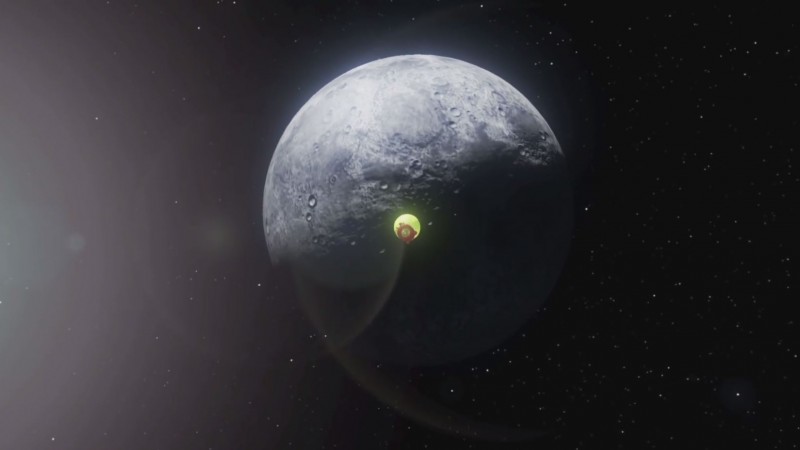 The moon holds many secrets in the Mario universe, the least of which being an entire church. The moon kingdom is one of the last places you visit in Super Mario Odyssey, especially since it has three segments with three different goals. Whether you’re on the regular old moon, the dark side, or the darker side, there is no better place to collect power moons than the actual moon. With the reduced gravity, Mario can also jump higher and farther than ever before. Celebrate the moon landing with Mario at a church with frogs in Super Mario Odyssey, because for some reason, that’s a thing you can do! 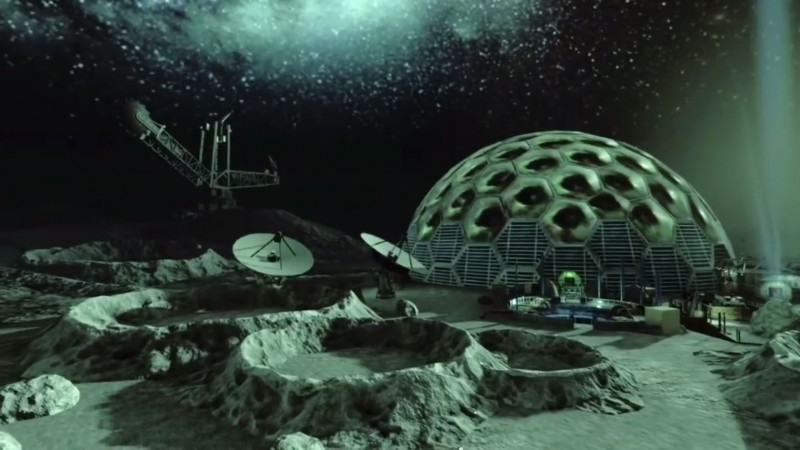 We know there probably aren’t aliens on the moon – that much we learned from the people we had walking around up there. However, did we prove there weren’t zombies on the moon? Because the Black Ops Zombies map, Moon, seems to think there are. You think the astronauts would have seen a huge evil moon base, but the moon is a mystery, so who knows. What better way to celebrate the moon landing than by defending the moon from endless hordes of the undead? 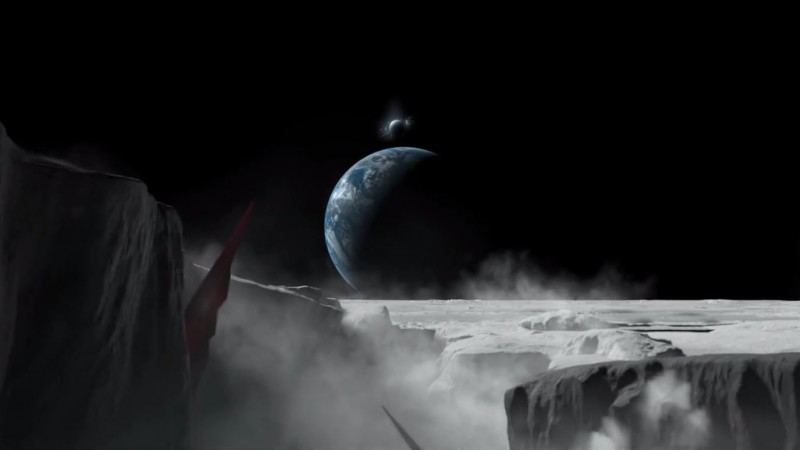 The moon in Destiny is one of the smallest explorable regions in the game, but it’s still an important stop on the road to defeating the darkness. In the history of Earth in the Destiny lore, the moon was once colonized by humans until the Collapse brought a darkness-worshiping race called the Hive to inhabit the moon instead. The Hive was using the moon to build up an army to invade the Earth, so it’s kind of important that you go up there and stop that from happening. The flag is still up there in Destiny lore, so be sure to stop by on the 50th anniversary. 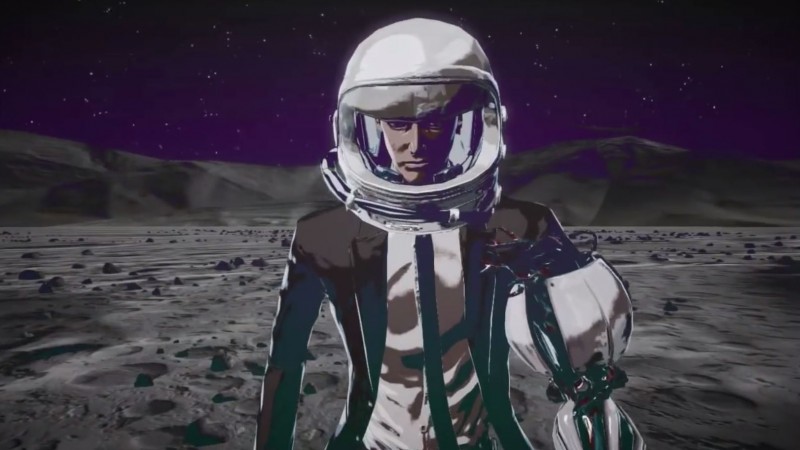 Mario’s moon may have a church, but Killer is Dead has a full mansion, complete with a megalomaniac who usurped control of the moon from its goddess, Moon River. David, the game’s antagonist with an eccentric fashion sense, aims to invade Earth from the moon, a recurring theme throughout the moon’s history. Sure, you have to stop him before his plan comes to fruition, but you may as well celebrate the landing in his cushy moon mansion first. 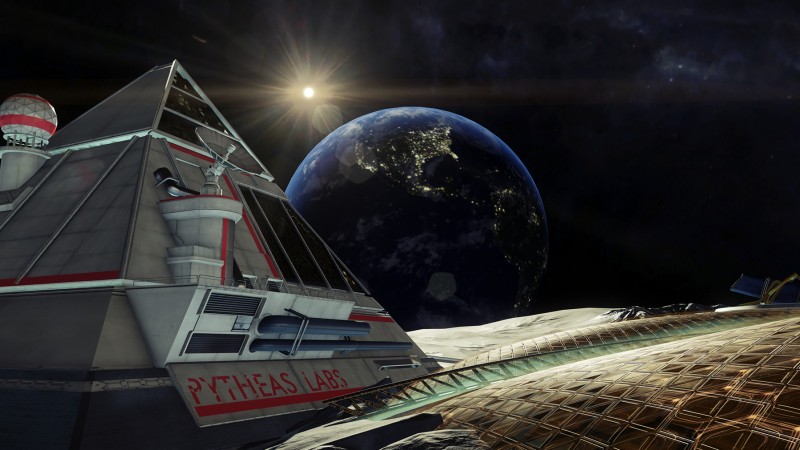 The moon in Prey’s Mooncrash DLC is not a kind one. In the role of a hacker named Peter, the player is tasked with entering a simulation to figure out what exactly happened to a secret moon base that suddenly went silent. Long story short, it’s the Typhons, and they kind of destroyed everything and killed everyone. We as humans really need to think harder about the whole secret-moon-base idea, as it never seems to go as planned. The Typhon infestation can make it kind of difficult to celebrate the moon landing, but there is no harm in trying! 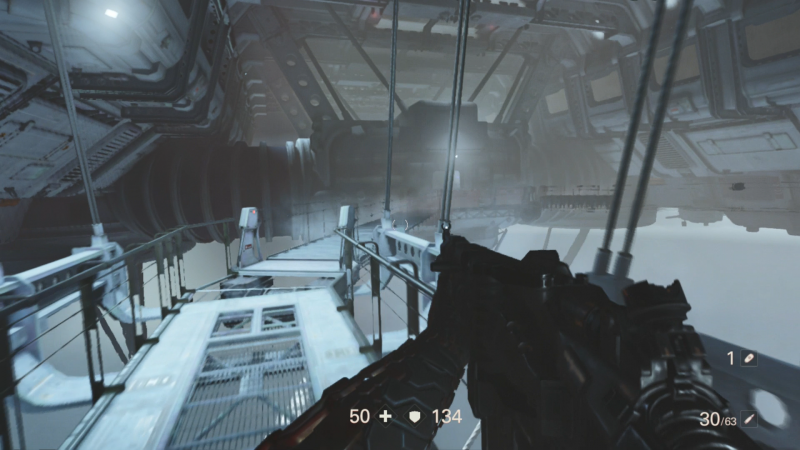 Speaking of secret moon bases, in The New Order the Nazis have set up an evil lunar base that seems perfectly poised for B.J. Blazkowicz to tear through like he has so many other secret bases. Though your time on the moon is brief, the trail of bodies you leave behind can be celebration enough for the anniversary. 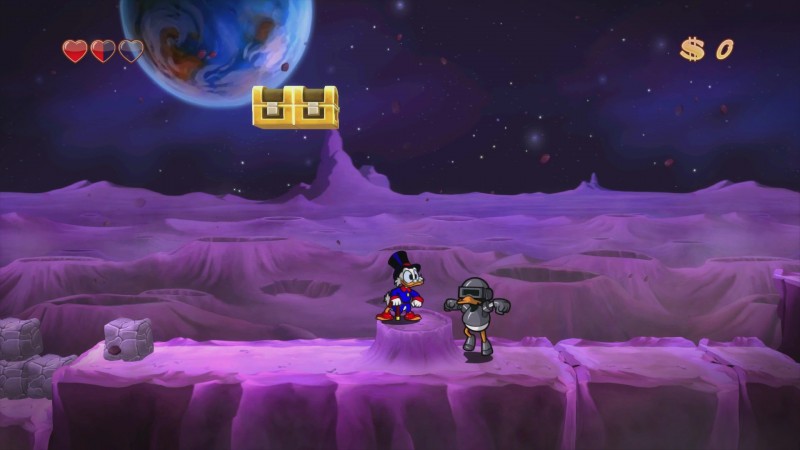 The 1989 NES DuckTales game only had five levels, and one of those levels is – you guessed it – the moon. The moon features a quest to find the Green Cheese of Longevity and is very hard, but that isn’t the reason it’s on this list. The moon from DuckTales is mostly on this list because of its iconic moon theme song, which sounds even better in the 2013 remaster, and was even referenced in the recent DuckTales animated series reboot when a few episodes took place on the moon. Listening to the moon theme from DuckTales is one of the ideal ways to celebrate this landmark anniversary of human achievement. I think. 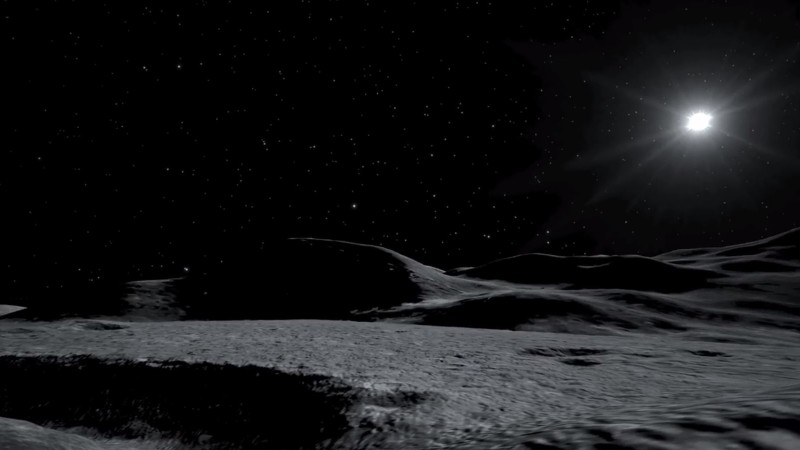 After achieving all of the National A License Tests in Gran Turismo 6, the moon is unlocked as host of a few special events. Driving around in the Gran Turismo Lunar Roving Vehicle in 1/6th of Earth’s normal gravity, you can do some time trials and knock over some cones for some extra cash. One of the time trials has you race the path of the Apollo 15th expedition, which wasn’t the moon-landing expedition, but it is moon-landing adjacent, and therefore counts as a celebration. 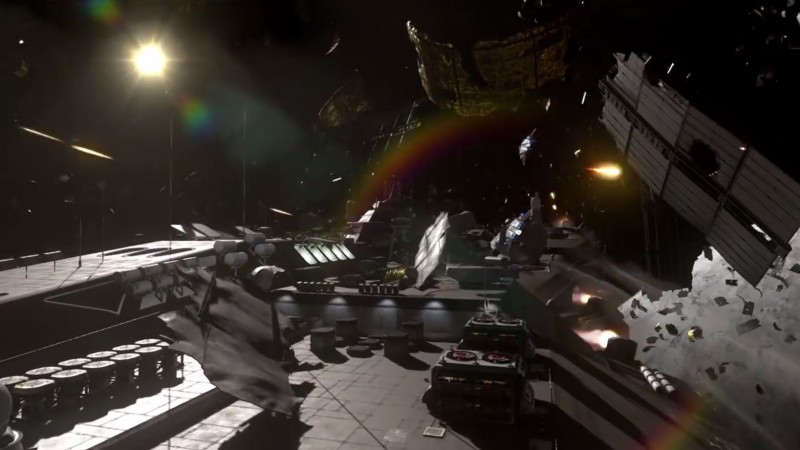 You would think that after everything we listed here about the moon and its history of hiding evildoers, that bad guys would learn their lesson and just leave it alone. Not in Call of Duty: Infinite Warfare, in which we must liberate the moon once more. Video games have a fascination with armies on the moon, and it is our duty as players of those games to defend it. Infinite Warfare may not focus heavily on the moon, but control of it is important nonetheless. It’s the principle of the thing. 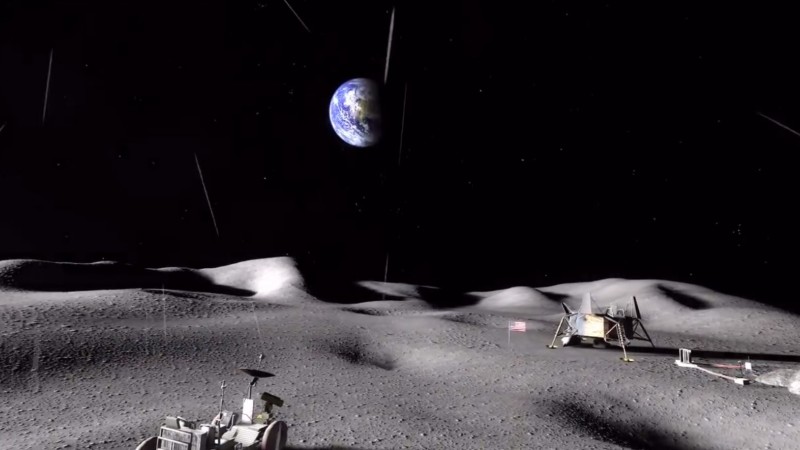 Even though you only spend a brief moment on the moon in Portal 2, it plays an instrumental part in the defeat of the game’s final boss. The most important moon fact to take away from Portal 2 is that you can shoot portals on it, making it incredibly accessible. The moon actually plays a big role in the main story, as the collection of moon rocks is what led to the creation of the conversion gel used to coat surfaces in order to place portals. With that in mind, it should be pretty easy to have a moon walk of your own. Simply buy a portal gun, shoot the moon, and you’re there! It’s that easy!

For more on space in video games, check out our rundown of the No Man's Sky updates or how Destiny 2: Shadowkeep will take you back to the moon.