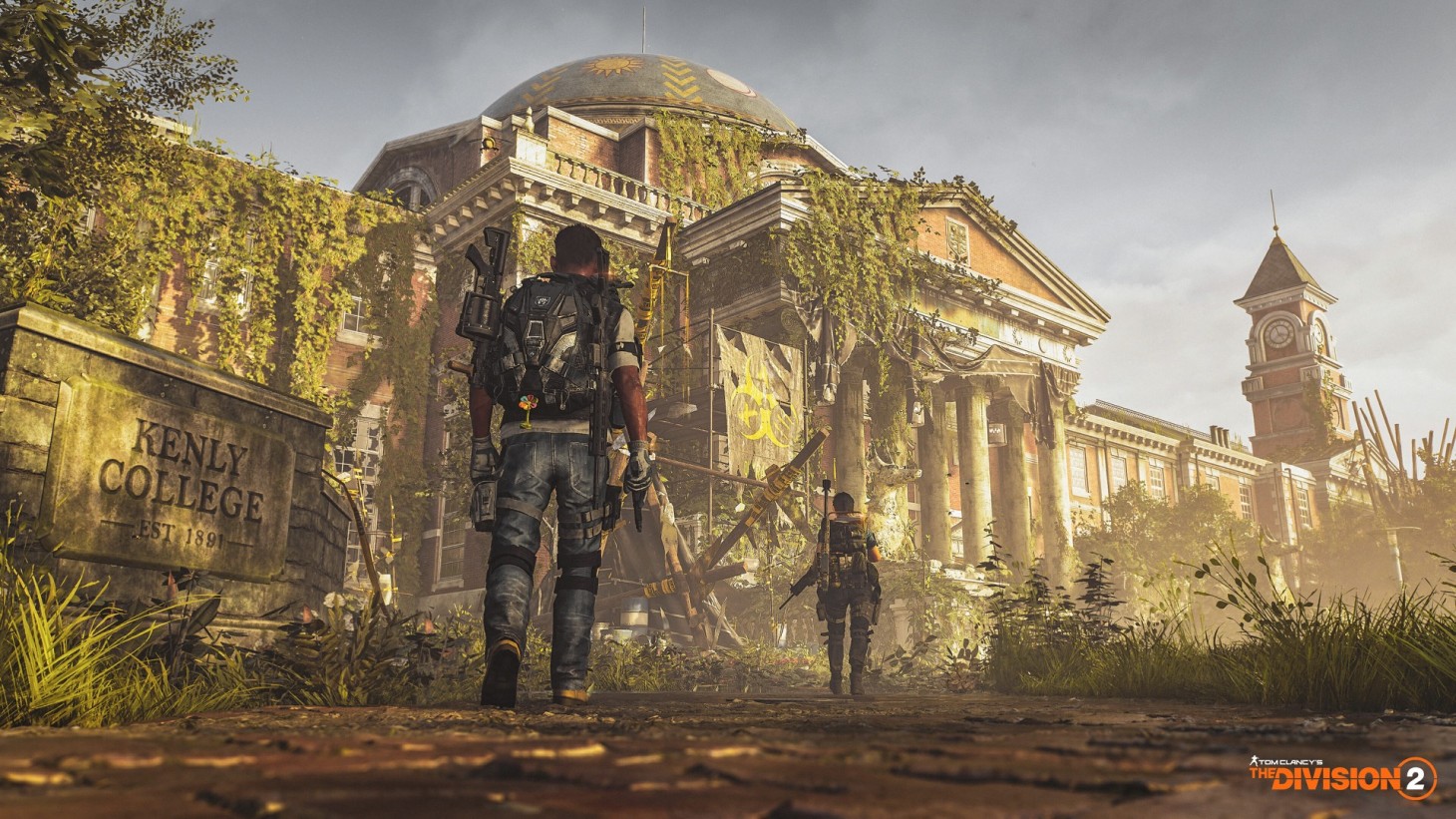 Many The Division 2 fan who voraciously devoured all the content the game had to offer in the early months have been in a holding pattern in recent weeks. Today, Ubisoft announced the date where we can expect the next content blast. Episode 1 of D.C. Outskirts: Expeditions drops on July 23 for Year 1 pass holders and July 30th for everyone else.

The first episode includes two new main missions. Camp White Oak sees agents descend on the presidential compound in search of turncoat Andrew Ellis. The second takes place at Manning National Zoo, which is believed to be the new hideout for Outcasts leader Emeline Shaw. Two new Classified Assignments take Agents to the Central Aquarium and NSA Site B13 as well. In addition to these new missions, players can participate in expeditions that Ubisoft describes as such:

In this new experience, players enter Kenly College, where contact has been lost with a military convoy full of vital supplies. When they receive what appears to be a final broadcast, they form an expedition to find any surviving members in need of rescue. Expeditions will be split into three different wings for players to complete. Each wing will have a specific theme and tone, to be released on a week-by-week basis. Completing all three wings grants access to an exclusive treasure room full of rewards.

Players have some new weapons to track down with this title update as well, including the Diamondback Rifle exotic, BTSU Datagloves exotic gear, Stoner LMG, and Carbine 7.

It wouldn't be a proper title update without some game updates, and this content drop includes some community requests like a new "Discovery" difficulty for the Operation Dark Hours raid, which includes the ability to matchmake with other players. New crafting changes include being able to share blueprints across your characters, crafting gear at the 500 gear score ceiling, and being able to recalibrate crafted weapons. Massive is also rebalancing several of the skills.

To learn more about the changes coming in Episode 1, tune into today's State of the Game.