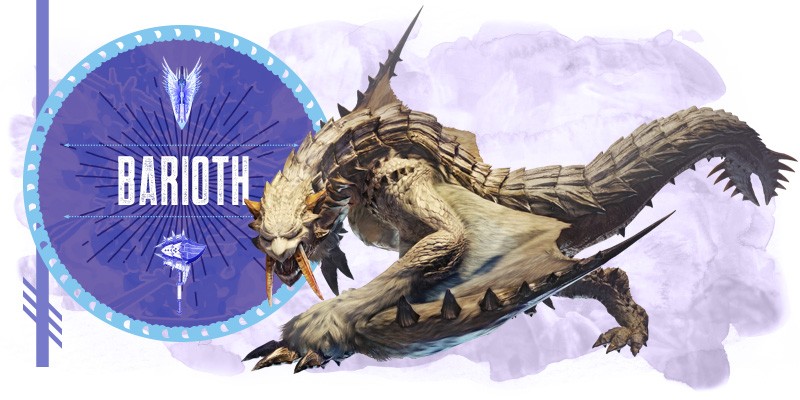 Monster Hunter World: Iceborne’s menagerie comprises a wide assortment of monsters, both new and returning. Today, we’re looking at Barioth, one of the returning beasts. It’s no surprise that this guy’s a fan-favorite – what’s not to love about a dragon/cat hybrid? We spoke with the team at Capcom about what it took to bring the monster into Monster Hunter World, how it fits into Hoarfrost Reach’s larger ecosystem, and much more.

The Iceborne expansion, unsurprisingly, is set in a frigid new land. That setting gave the Monster Hunter team the chance to introduce new monsters, as well as give familiar monsters who weren’t able to carve out a home in Monster Hunter: World’s main setting a place to thrive. After talking to the team, it seems fairly obvious that Barioth was an easy pick for a repeat engagement. The monster was introduced in Monster Hunter Tri, but tech has advanced in the decade since that Wii installment. Before we get into all of that, let’s get a quick refresher on Barioth.

“Barioth inhabits the icy mid-tier area of Hoarfrost Reach,” says Kaname Fujioka, the game’s executive director and art director. Saying that he inhabits that area might be underselling it a bit. He dominates the area thanks to his agility and arsenal of offensive capabilities. “Just from the visuals, it has a lot of spikes and nails on the exterior, and that allows it to be very mobile – even on icy surfaces.” One of the most striking parts of its design are its two protruding fangs, which resemble those of a saber-toothed tiger. Imagine fighting something that’s as strong and agile as a pouncing tiger, only one that’s several magnitudes larger. And it can fly.

Those tusks are great against penetrating armor, but they serve a logical purpose in its day-to-day survival. Hoarfrost Reach is home to mammoth-like grazers called Popo, which serve as Barioth’s main source of food. “Popo have a lot of fur, so it’s difficult for other carnivores to bite down on them, but naturally the Barioth doesn’t have that problem whatsoever,” Fujioka says. “These huge tusks allow it to tear into animals like that with no problem.”

In addition to those tusks, he’s covered in a variety of spikes and talons. Again, those aren’t just cosmetic. “Because he uses the spikes in a way that allows it to retain its agility, we incorporated that into the game design itself,” Fujioka says. “So when you’re hunting the Barioth, if you’re able to use various tactics to break away those thorns and spikes, it doesn’t have that toolset to be as agile as possible.… It is one of those monsters where in the beginning it’s very fast and intimidating, and it’s difficult for the player to figure out how you chase this monster down. As you’re able to break those spikes and slow its movements down, it opens up a lot more situations to have the hunter perform a lot of big-damage attacks. That’s the way the experience progresses forward.”

Since Barioth is a returning monster, the team didn’t have to start from scratch when bringing it into Iceborne. The team started with the original concept art from Tri, which you can see above, and went from there. “In the previous appearance of Barioth, we obviously had limitations in technology in terms of the level of detail that we could show,” Fujioka says. “For example, the talons or the fingers, we weren’t able to showcase the detail previously, but this time around we wanted to showcase that if it was going to be gripping onto a surface, what kind of details would be in the joints and the claws and talons and spikes – that’s the kind of level of detail that we were able to implement this time around. Aside from just the spikes, [it’s important] understanding the structure, the skeletal structure, and the skin and tonality of the monster, again paying attention to a lot of the detail of the visualization of the monster.”

Once you defeat Barioth, you can break its body down into a variety of crafting components to make new weapons and armor. Once again, the team didn’t have to start completely fresh when designing the visual look for this new gear. The key is to find the distinctive elements from a particular monster and incorporate those elements into the gear so other players can immediately see it and think, “That came from a Barioth.”

“This is the armor set that appeared for Barioth in Monster Hunter Tri,” Fujioka says. “This was very popular amongst fans in Japan, so we wanted to use this as a basis in creating an armor set in Iceborne.” One of its big motifs was how the armor sets incorporated various sharp edges and its distinctive white hide. “We also wanted to make sure in seeing the different details in the armor you can kind of envision this very specific component of the monster was used in this armor set, allowing again the player to figure out how this was transformed from the monster to the armor.” That theming extends to the functionality of an armor set, too. “Because Barioth is a very agile monster, we put skills into the armor set that help with both evasion and stamina consumption.”

The same overall philosophy extends to the weapon design, too. “We felt that one of the defining features and one of the most aggressive features of the Barioth are the large tusks, so we felt like weapons that utilize and showcase those aspects have a lot of power and strength, so we wanted to go off that motif as well.”

If you like the look of those weapons and armor, know that getting the parts to make them isn’t going to be easy. Barioth is fast and hits hard, taking full advantage of his surroundings. Our hunting party was eventually able to take it down, but it was a protracted battle. Just keeping up with it was a challenge, as it pounced along the ice walls and dropped down with devastating effect. The expansion’s new clutch claw grappling hook made it slightly easier to go toe-to-toe with it, but this isn’t a monster that’s going to lie down and let you turn it into a coat without a fight.

Click on the banner below to enter our constantly updating hub of exclusive features and videos on Monster Hunter World: Iceborne. 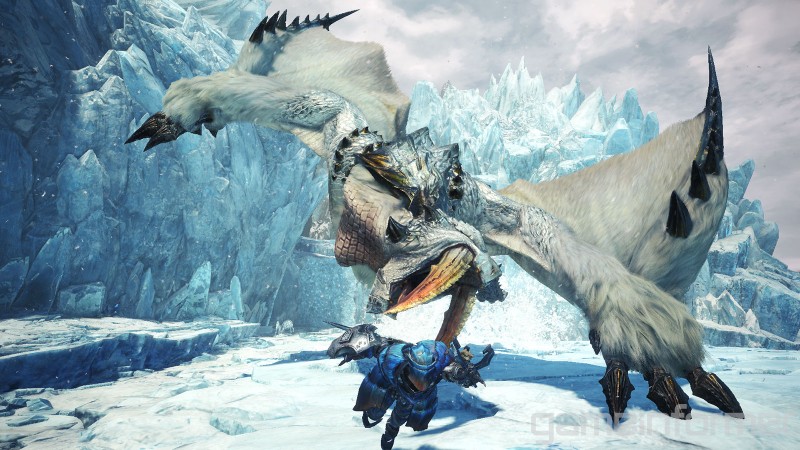 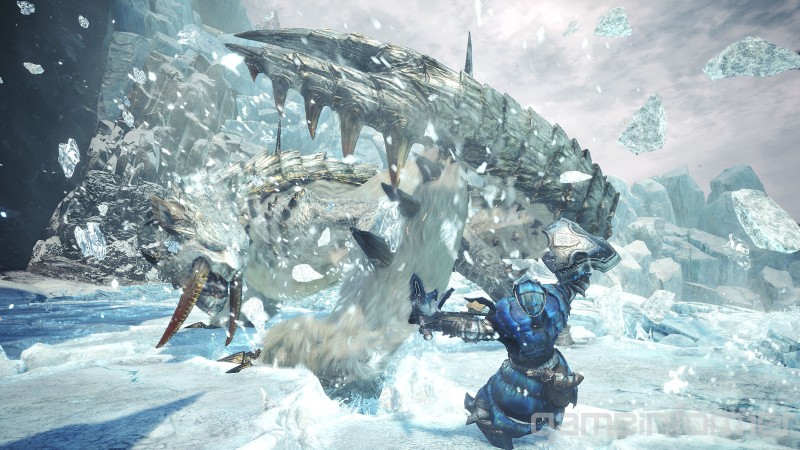 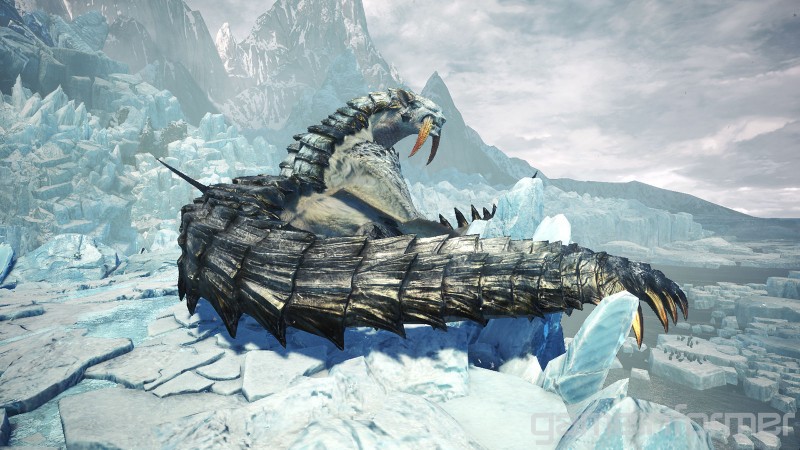 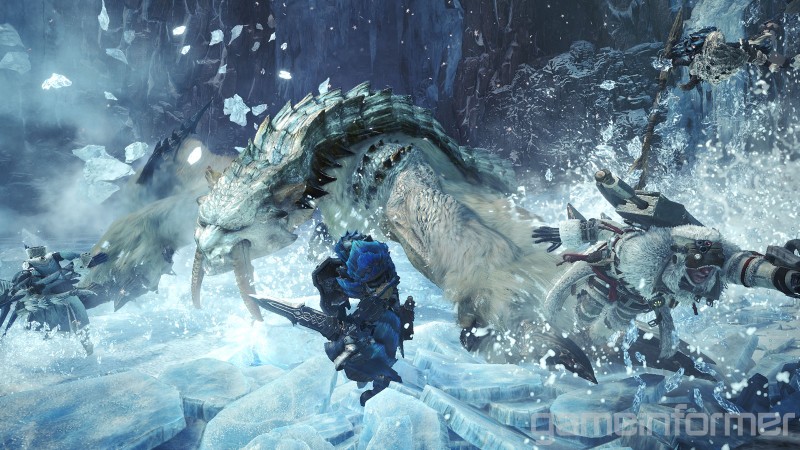 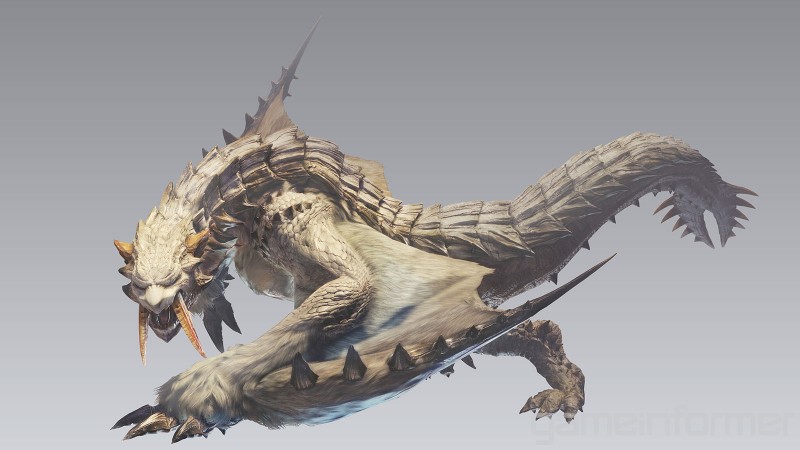 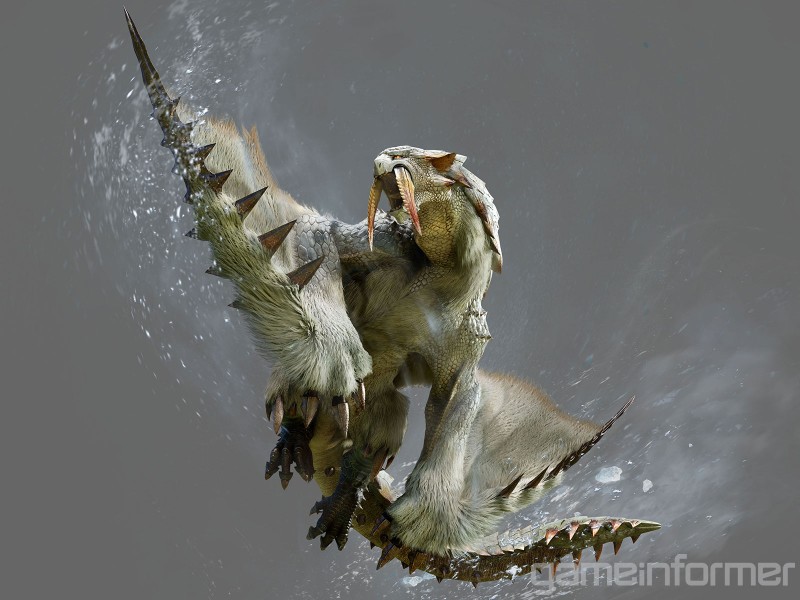 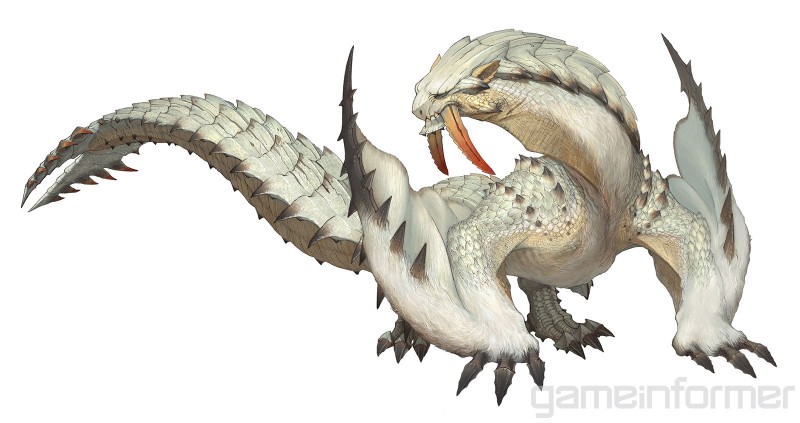 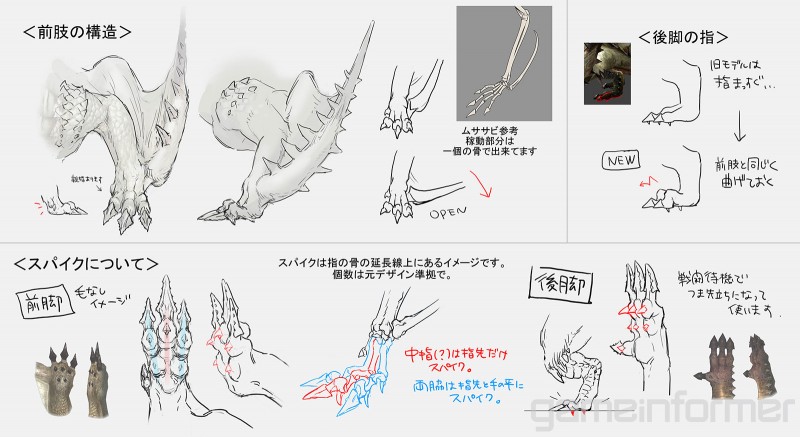 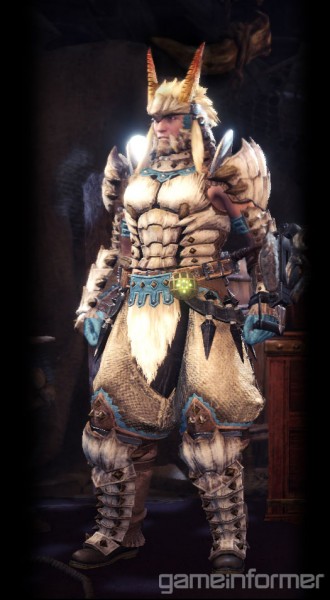 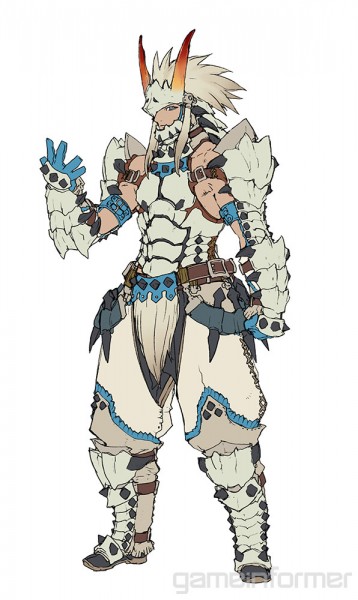 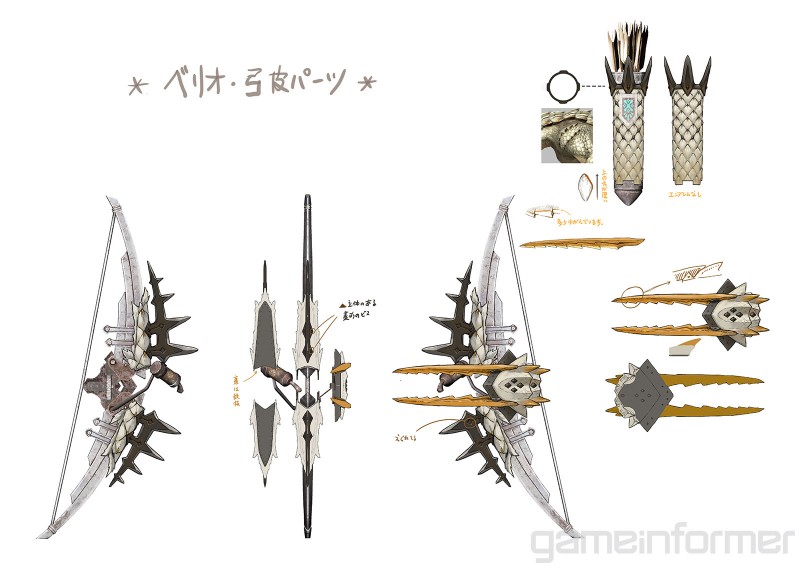 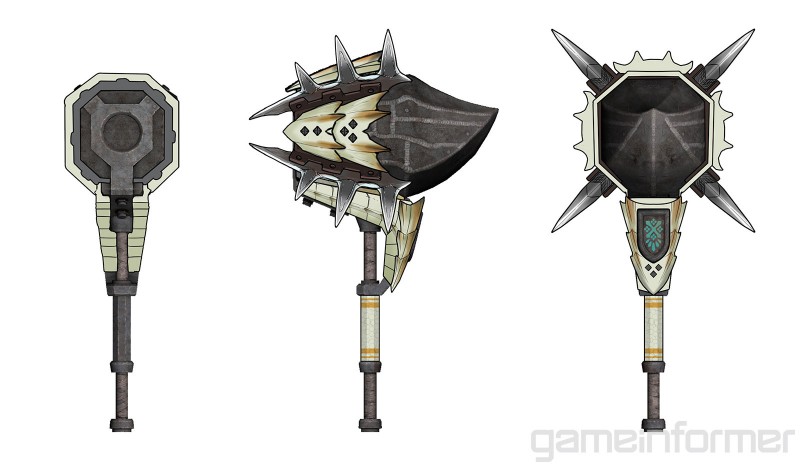