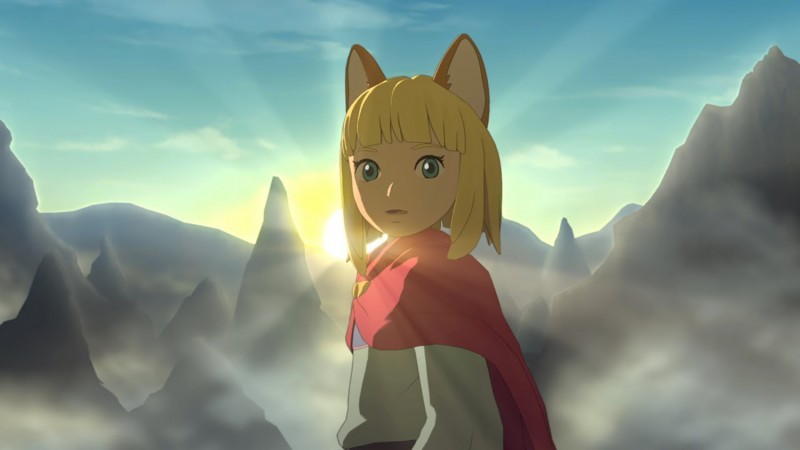 After two games console titles, a few mobile Japanese titles, an endorsement from Studio Ghibli, and a feature film on the way, the Ni No Kuni franchise is doing well. An interview with Level-5 president Akahiro Hino confirms that the Ni No Kuni library will continue to grow with no sign of stopping.

Japanese magazine Nikkei talked with Hino about the upcoming Ni No Kuni news, including a sequel. The next title is planned to release sometime after the premiere of the Ni No Kuni anime film. The film, which so far has no announced plans to be released in the West, will release to Japanese theaters on August 29th. While Studio Ghibli was involved in the cutscene animation and art direction for Ni No Kuni: Wrath of the White Witch, the prolific studio has no involvement with the film. Frequent Ghibli collaborator and composer Joe Hisashi is scoring the film, however. The film looks good, and holds true to the original art style, as seen in the new trailers.

We know nothing about the Ni No Kuni sequel other than its post-August release window. Ni No Kuni: Wrath of the White Witch is also being ported to the Switch with a September 20th release date, which should hold fans over until more information on the sequel is released.

Hino also mentioned a smartphone app related to Ni No Kuni with no release date. Two mobile Ni No Kuni games already exist, but they are both exclusive to Japan with no plans to bring them to the West. We have no word on what the app will do, or if it is even going to be available in the West.

To get ready for the Switch port, check out our review for Ni No Kuni: Wrath of the White Witch.