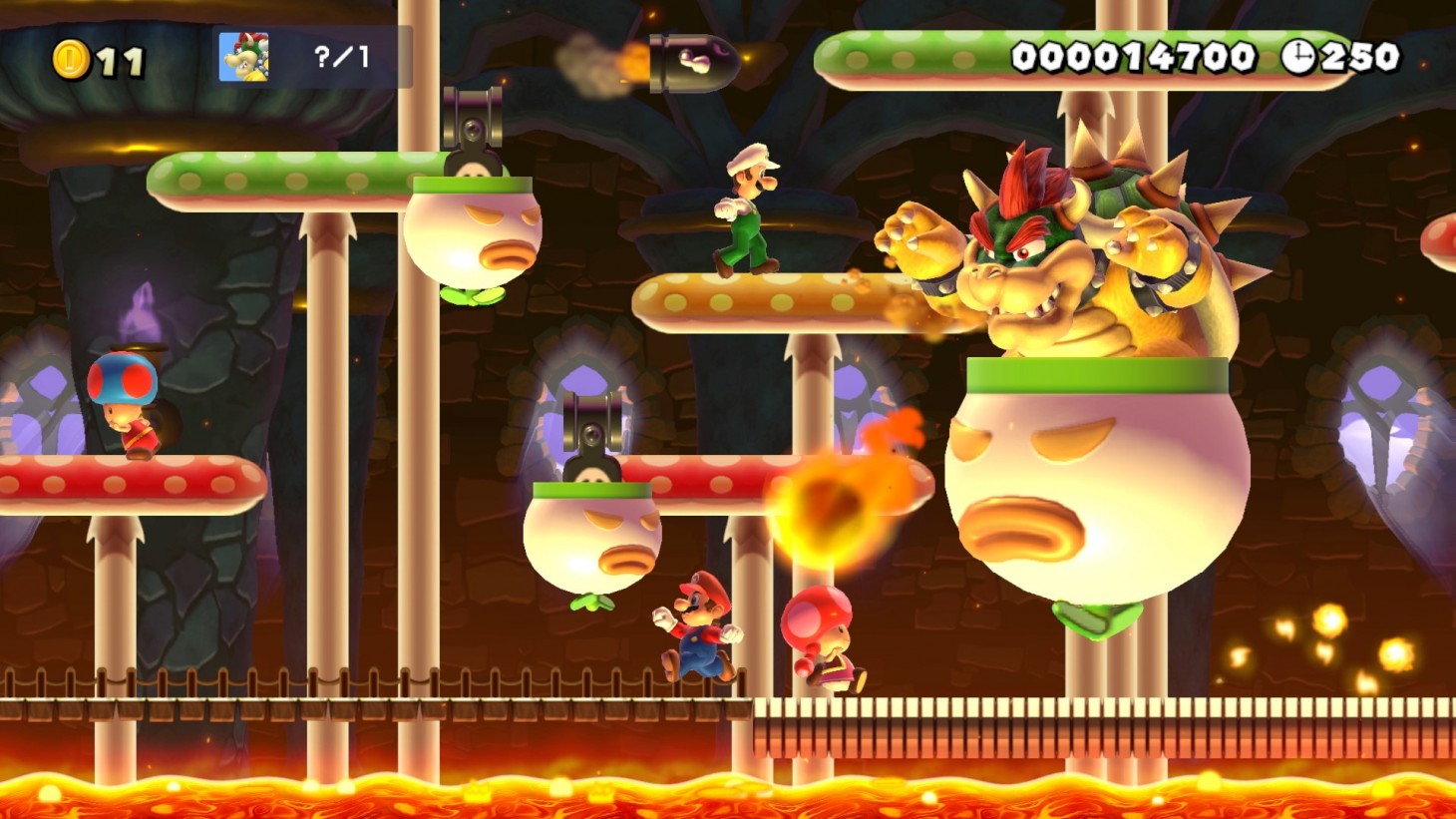 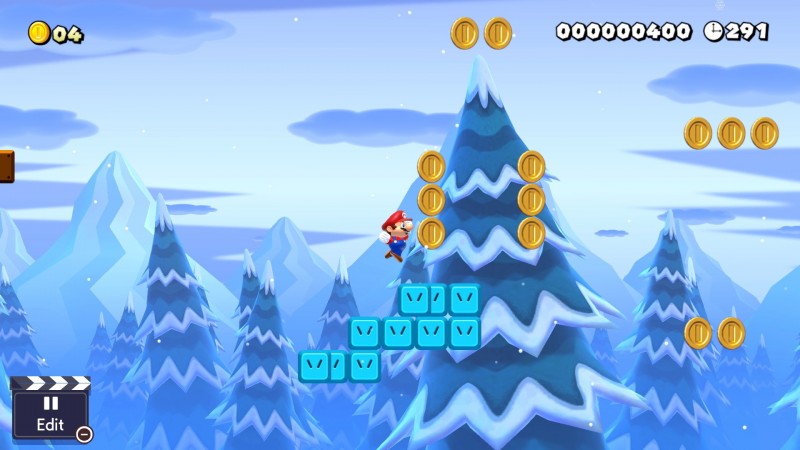 The Circle Of Inspiration

Following launch, Super Mario Maker quickly became a way for players to not only create the Mario levels of their dreams, but also engage with the toolset in unique and unforeseen ways. According to Tezuka, he's still surprised by the interesting things creators come up with in Super Mario Maker. "There's actually somebody who made a calculator using Super Mario Maker. That was really surprising," he says. "I never imagined that would happen!"

Tezuka enjoys seeing players stretch the capabilities of the Super Mario Maker toolset, but he says he hasn't made many himself. "I've already made a lot of courses in other Mario games before these, so in Mario Maker, I haven't made that many," he says with a laugh.

Of all the stages Tezuka has created in the Super Mario Bros. series, he has a surprising favorite level that he created from the very first Super Mario Bros. "I'm actually a fan of simple courses," he says. "Courses, for example, where you have a bridge and cheep cheeps are jumping up one after the other, getting in your way. It was really easy to make."

While many Super Mario Maker creations are the direct result of inspiration players have received from Nintendo's past creations, the tables very well may turn. With so many pleasant surprises with how creators stretch what a Mario game is capable of, Tezuka thinks it's inevitable Nintendo will be influenced in some way by the community creations. "I do think we've probably been influenced by the things we've seen people making in Super Mario Maker up to this point," he says. "But I don't know exactly what sort of concrete form that would take in the Mario games in years to come. With things like that, we'll put the game out, see the reaction from the fans, then make decisions about what we'll decide to include in games going forward." 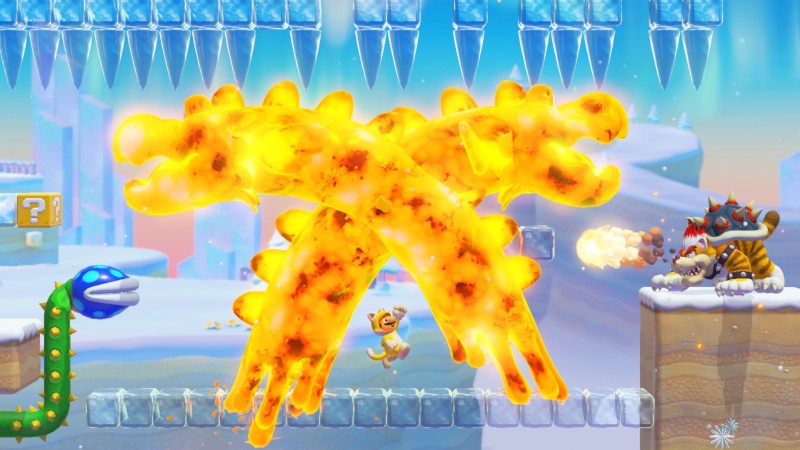 When Nintendo revealed Super Mario Maker 2 would have a new theme (based on Super Mario 3D World) that's completely separate from the others, many speculated it was only a matter of time before a Super Mario Bros. 2 (USA) theme was added. However, that has yet to happen. When asked about why more themes haven't been added alongside Super Mario 3D World, he explains that it's no small task.

"It's actually pretty difficult to create a whole new game style or course theme for the game; we have to make sure that when we do that, that they're compatible with the game and its controls," he says. "It was actually quite difficult from a technical perspective because with the Super Mario 3D World game style, for the first time we had to take a game that was originally in 3D and try to figure out how to adapt it to a 2D play style. After working on it for a while, we realized there were enough differences that we'd would need to separate it out from the rest of the game styles. Once we realized that, we were able to proceed with adding it."

While Tezuka plays coy when we ask him if we'll ever actually get a Super Mario Bros. 2 (USA) theme in Super Mario Maker 2, he does say he would like to see it happen. However, his dream game style would actually be something completely different. "Some new kind of Mario might be good!" he says.

In order to add things like a story mode and a completely unique game theme in Super Mario Maker 2, Tezuka credits his team, saying strong chemistry and teamwork is vital when creating a game. "It's important when making a development team to put together a team in such a way that it's going to get the best out of everyone who's a part of that team," he says. "If you can really get a team inspired or get everyone to be excited about the game they're working on, then you'll get people to contribute good ideas that aren't necessarily pertaining to their specific discipline, and that's really good. The Super Mario Maker 2 team is a good example of that."

For more from our session with Tezuka, check out our rapid-fire interview with him. Super Mario Maker 2 hits Nintendo Switch this Friday, June 28. To see what we think about it, check out our review.