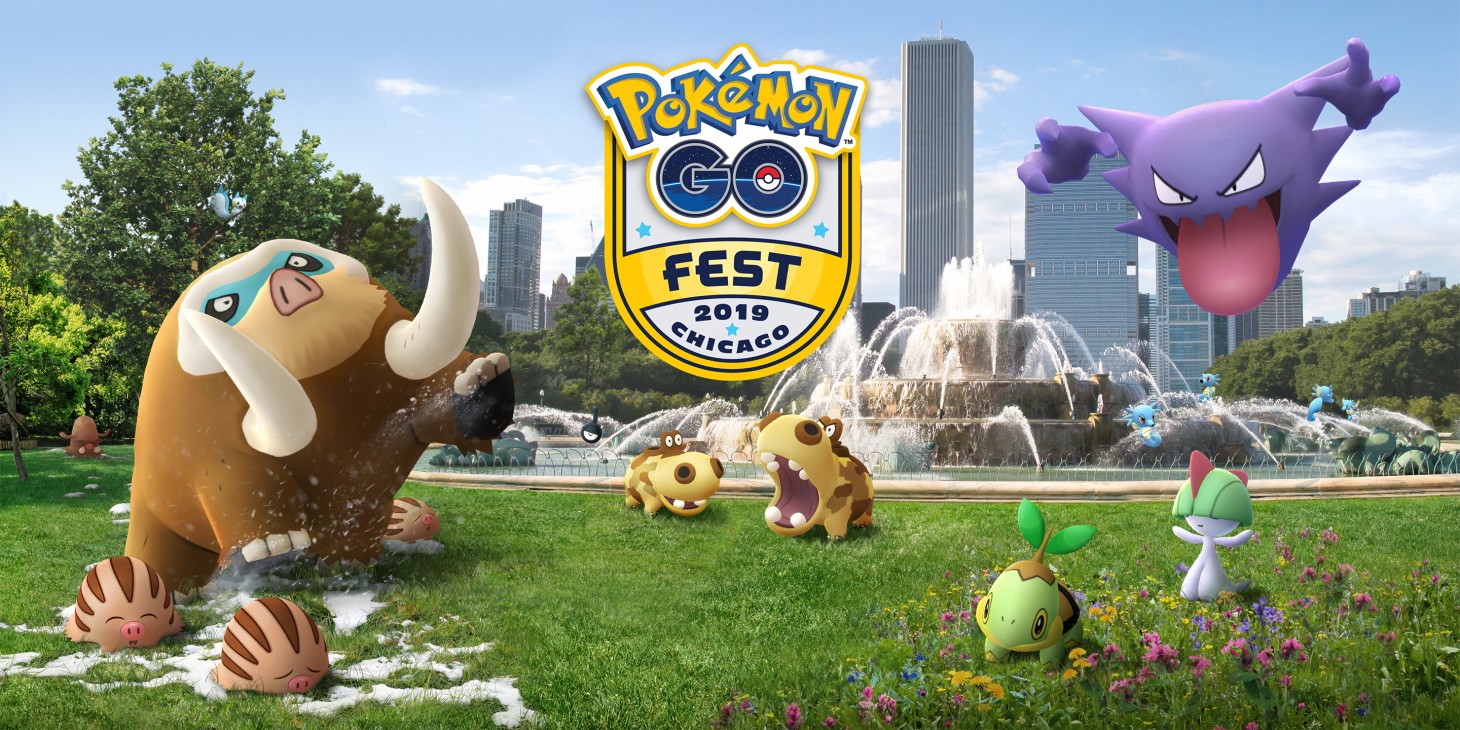 This Year's Pokémon Go Fest Was A Blast

This was my third consecutive year of attending Pokémon Go Fest in Chicago, and it was the first year to go off without a hitch. In the first year, the game was nearly unplayable, leading to frustrated players, lawsuits, and hardly any Pokémon caught. In the second year, the game was playable, but rainfall made it difficult to stay out on the walking paths for too long. This year's festival was held in 70-degree weather with the sun shining. The game seemed to appreciate the perfect weather. Outside of a few crashes – which would likely still have occurred outside of the festival grounds – I was able to catch hundreds of Pokémon within a few hours.

If a player purchased a ticket for the festival, they didn't need to hand it off or scan it to start playing. Thanks to the pre-event registration, Niantic had the players' data plugged into the game, and as soon as one of these players stepped into the festival's grounds, they were given a new quest, and a sea of Pokéstops appeared on their screen.

The festival grounds were much larger than in the first two years, and ended up taking up all of Chicago's beautiful Grant Park. To give trainers the feeling they were traveling across an entire world, the park was broken up into five regions: Sandy Desert, Fairy Garden, Spooky Woods, Winter Forest, and Buckingham Fountain (which was basically the water area). Niantic tried a similar thing last year, but the zones were laughably small, consisting of just a few themed props to try to sell the vision of that area. This year, Niantic did a nice job of bringing each habitat to life without taking away from the beauty of the park itself. The extended play space for each region also meant players weren't herding together, which could bog down both the cellular networks and the game's servers.

Each of the five places were put to good use in a new five-part quest from Professor Willow. He once again received news of a mysterious Pokémon in the region, and the player had to figure out what it was. Over 70 different Pokémon species were in Grant Park this year, including Unown (with variations spelling out WAKE UP), as was the regional exclusive Pachirisu. 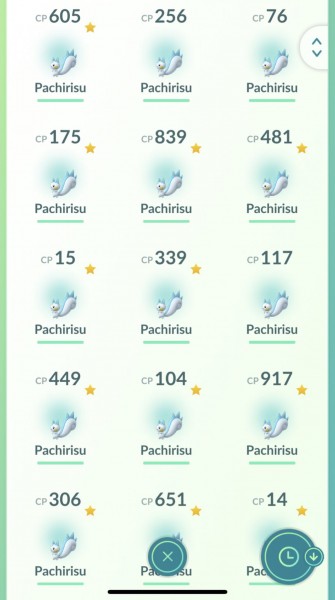 Shiny Pokémon were also spawning more often than normal. I managed to add six more to my collection, snagging a Caterpie, Misdreavus, Houndour, Poochyena, Snubbull, and Bronzor. The big prize of the event came at the end of Willow's quest. After taking photos of five Pokémon in their habitats, such as Ralts and Snover, the wish-making Pokémon Jirachi appeared and needed to be caught using AR. After the quest was completed, players could venture off to the trading post or battle it out in the arena. It felt like a legitimate Pokémon world had come to life in Chicago. A good number of trainers were also decked out in gear of their team's colors. 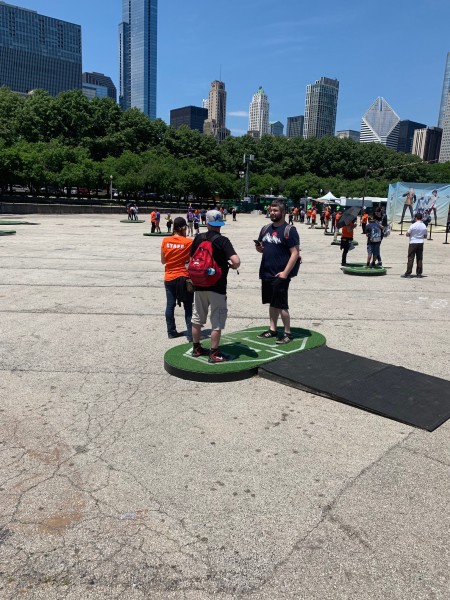 The quest could be completed in an hour or two, but ended up being a blast given just how many other Pokémon were captured along the way. The park's design and conditions were fantastic, allowing for thousands of players to easily navigate the grounds. The only sour note came from the shopping experience tied to the show. The official merchandising booth had a line that stretched well out of the park's grounds, and some of those who waited over an hour found the items they desired were sold out.

I ended up taking my family to the festival and we had an absolute blast. Here's hoping Niantic returns to Chicago again next year with a similar setup for the festival. They say the third time's the charm, and that proved to be the case for Pokémon Go Fest. 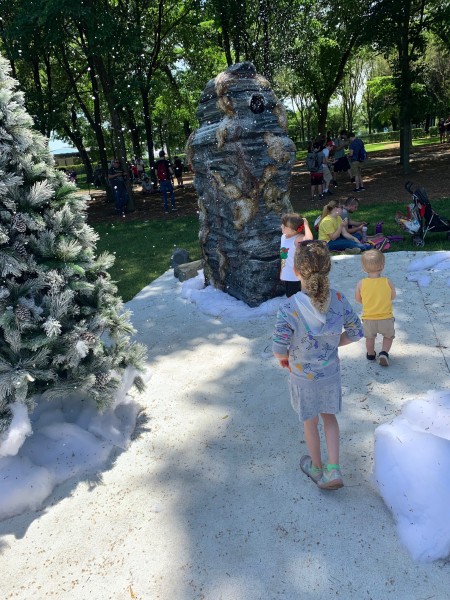 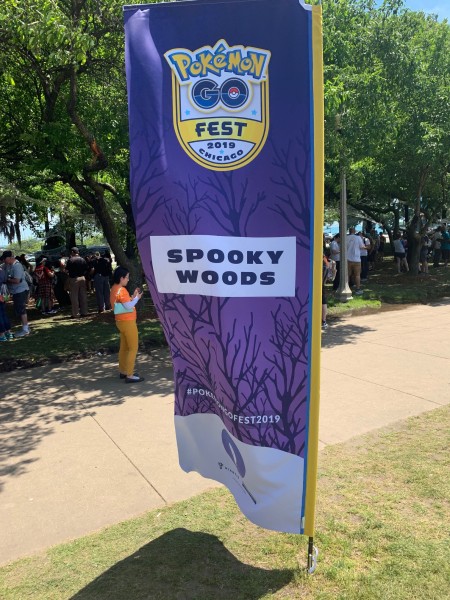 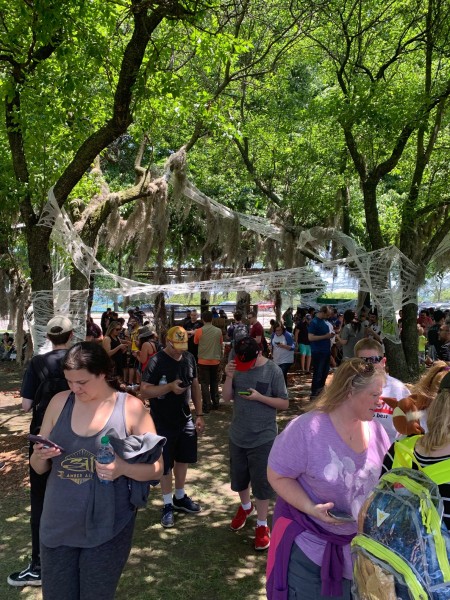