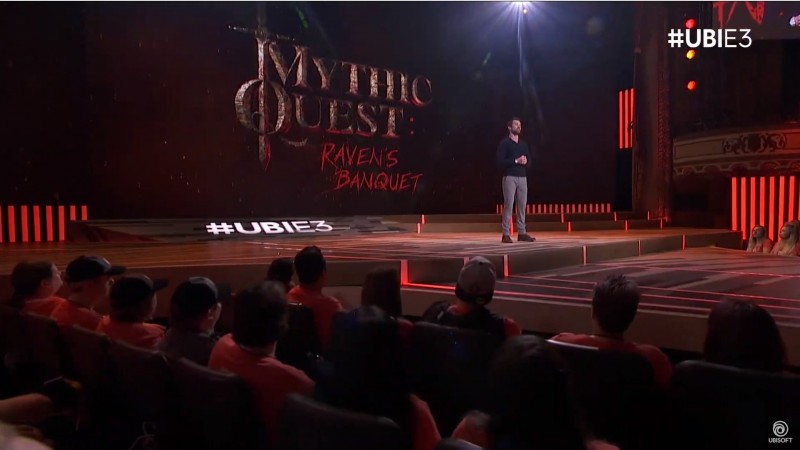 During Ubisoft's E3 conference, Always Sunny in Philadelphia star Rob McElhenney came on stage to announce a new TV show for Apple TV+, the subscription service of original programming from Apple. The show is called Mythic Quest and tells the story of a game development studio behind a game of the same name, which is the biggest MMORPG in the world.

McElhenney, who plays Mac in Always Sunny, is in this show as Ian Grimm, the egotistical creative director for the game. In the short clip shown, Grimm filmed an egotistical commercial for the game that mostly celebrated him.

It is unclear in what way Ubisoft is aiding in the game, as they did not clarify, but it is safe to assume the company did consultation and perhaps did models for the show's hypothetical in-game graphics.