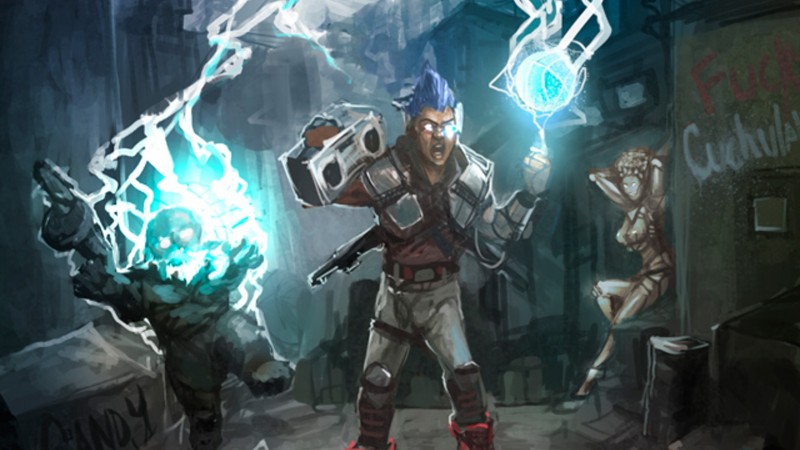 Over ten years ago, a little freeware game titled Barkley's Shut Up and Jam! Gaiden released. It was a purported shared side-story to the 1994 Genesis and SNES basketball game of the same name and the Space Jam video game. The inventive humor appealed to a lot of players who took the game about as viral as a freeware 2008 game can go, convincing the developers behind it to go for a somewhat original project. As the freeware game was mostly made of copyrighted characters and art, for the sequel, the developers wanted to go completely original. Thus was born The Magical Realms of Tír na nÓg: Escape from Necron 7 – Revenge of Cuchulainn: The Official Game of the Movie – Chapter 2 of the Hoopz Barkley SaGa, or more commonly called Barkley 2. However, six years after its target release date, an update makes it clear that the game is likely to never come out.

Barkley 2 was put on Kickstarter during the crowdfunding boom of the 20-teens, when you could literally put a sandwich on Kickstarter and get funded. With an intended release date of 2013, it was expected to be a pretty quick turnaround for the game and the developers will get paid for both their original work and the new game. The Kickstarter raised $120,000 when they asked for just $35,000. Then the target date was missed. Then another, and another, but a demo showed up at PAX, but then another date was missed, and it was still receiving updates until 2017, but then it all just went deadly silent.

An update yesterday finally broke that silence, but the news isn't good. The post, which was written by Liam "bhroom" Raum, all but said the project has been stalled for years, with most of the original developers having left the project leaving only Raum and some contractors to complete it, but it ran out of its Kickstarter funds quite a while ago.

"As the game continued to age, people left the project for lots of reasons, mostly due to taking jobs or losing interest," Raum wrote. "Everyone still working picked up slack as the game went on, but this game always needed competent and constant development in order to come out under the lofty pretenses we had established. This was my first game and lots and lots of problems at the beginning were due to my inexperience. I do not think this game was doomed. I do think we needed a big rebuild about midway through though."

It was only recently that Raum, who is CEO of Tales of Game's [sic], the developer behind the project, got someone to work on the actual content of the game fulltime. This does mean the game's original designers and writers are completely gone from the project, leaving little reason for fans who backed the game to still remain interested.

Raum claims he is inching the project back from the dead, having recently taken on a programmer and hoping to give updates in the future. On Twitter, however, former team members are calling his claims of progress false and suggest he is weaving a narrative of what happened for his own benefit.

You mean by lying and driving everyone out of the team by being a total scum bag?

It does not appear refunds are on the table for anyone who contributed to the Kickstarter.