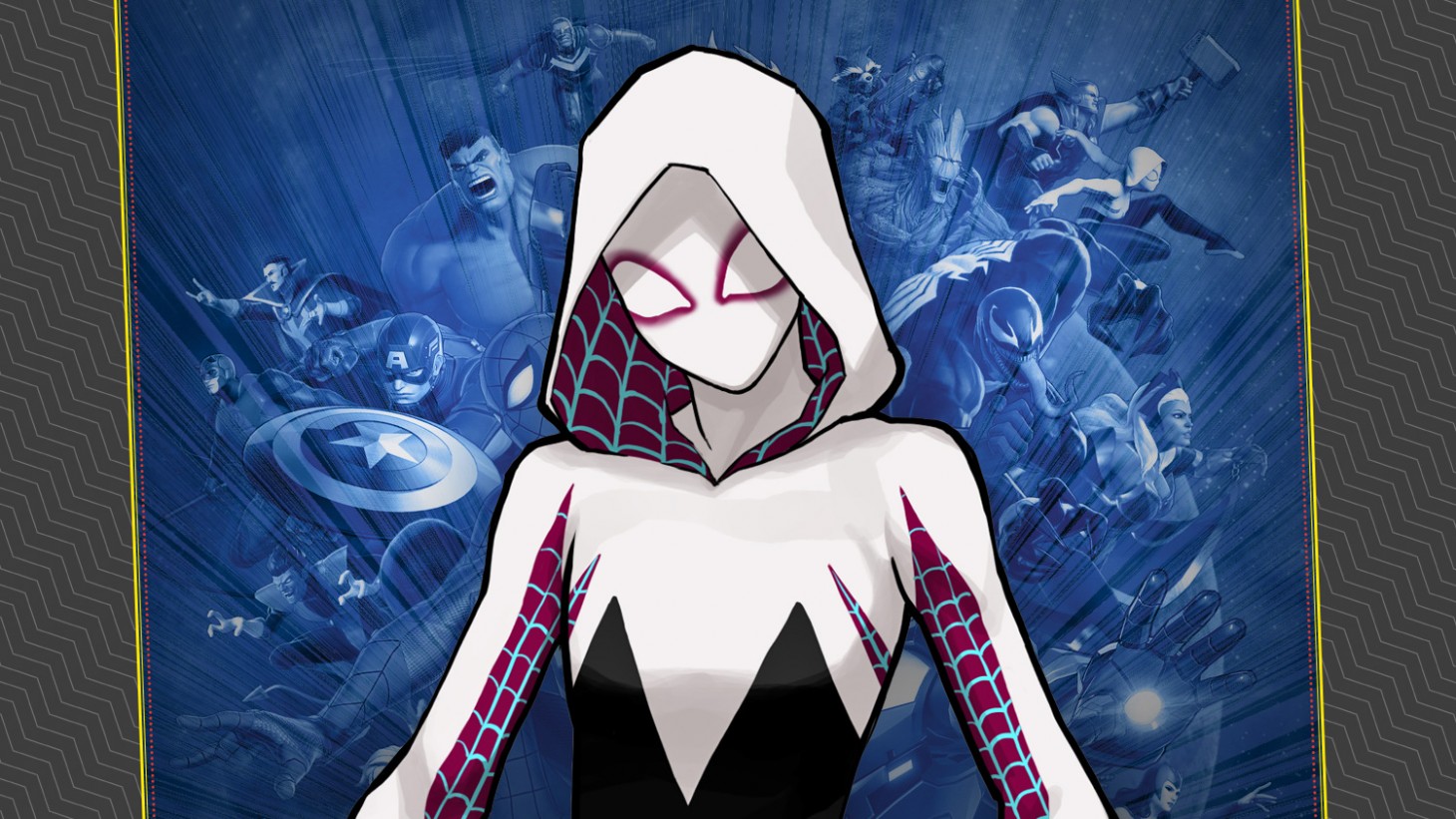 Marvel Ultimate Alliance 3: The Black Order looks to have a massive roster of supercharged heroes. We already know about 27 playable heroes, and there are more announcements to come, stretching across the Marvel universe and including characters from The Avengers, X-Men, Spider-verse, and more. As part of our month of coverage, we're highlighting a few of our favorites. Today we take a deeper look at one of the Spider-Verses most colorful characters: Spider-Gwen.

Born into an alternate reality, Gwen Stacy was actually bitten by the genetically-engineered spider that bites Peter Parker in the main Marvel timeline. Gwen used her newfound arachnid-like super-powers to start a career as a crimefighter, and the press quickly dubbed her Spider-Woman. In a tragic twist, Peter Parker was desperate to gain special-powers, much like his idol Spider-Woman, so he performed experiments on himself that turned him into a Lizard-like monster. Gwen was forced into a fight with Peter who accidentally died in the process. 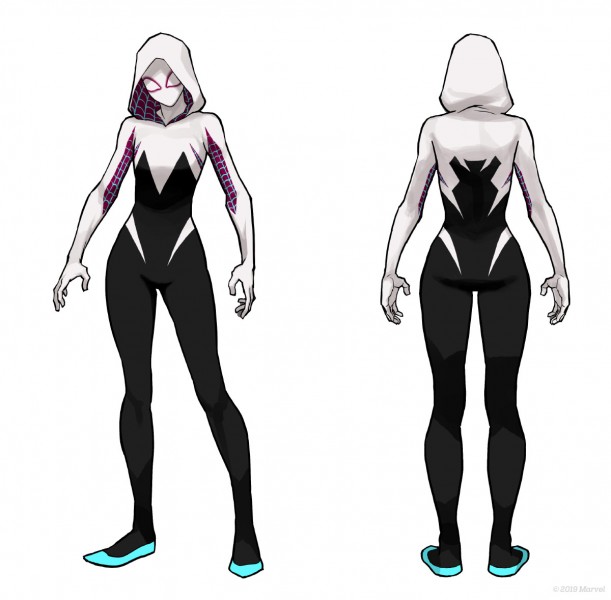 Swing time: Gwen shoots a string of web into the air, then uses the momentum for a swing attack in the area. You can tap the attack button to lengthen the attack.

Legit Beatdown: Gwen creates a giant ball of web and swings it around her head in a circle, hitting enemies in an area.

Catchy Attack Name: Gwen releases multiple we blasts in front of her. You can tap the attack button to produce more webbing.

Disappearing Act: Gwen warps into the air above enemies and then slams to the ground unleashing a devastating shockwave. Players can hold the attack button to aim.

Like Miles Morales, Gwen is really good and getting out of danger quickly. She has a lot of strong ranged attacked and allow her to play defensively. A lot of her abilities are area attacks, so she’s great and slowly chipping away and large groups of enemies. Her disappearing Action move allows her to warp above enemies, so she can quickly dodge some of the most deadly attacks. Like the rest of the Spider-Family, she can swing across the environment with her webs.