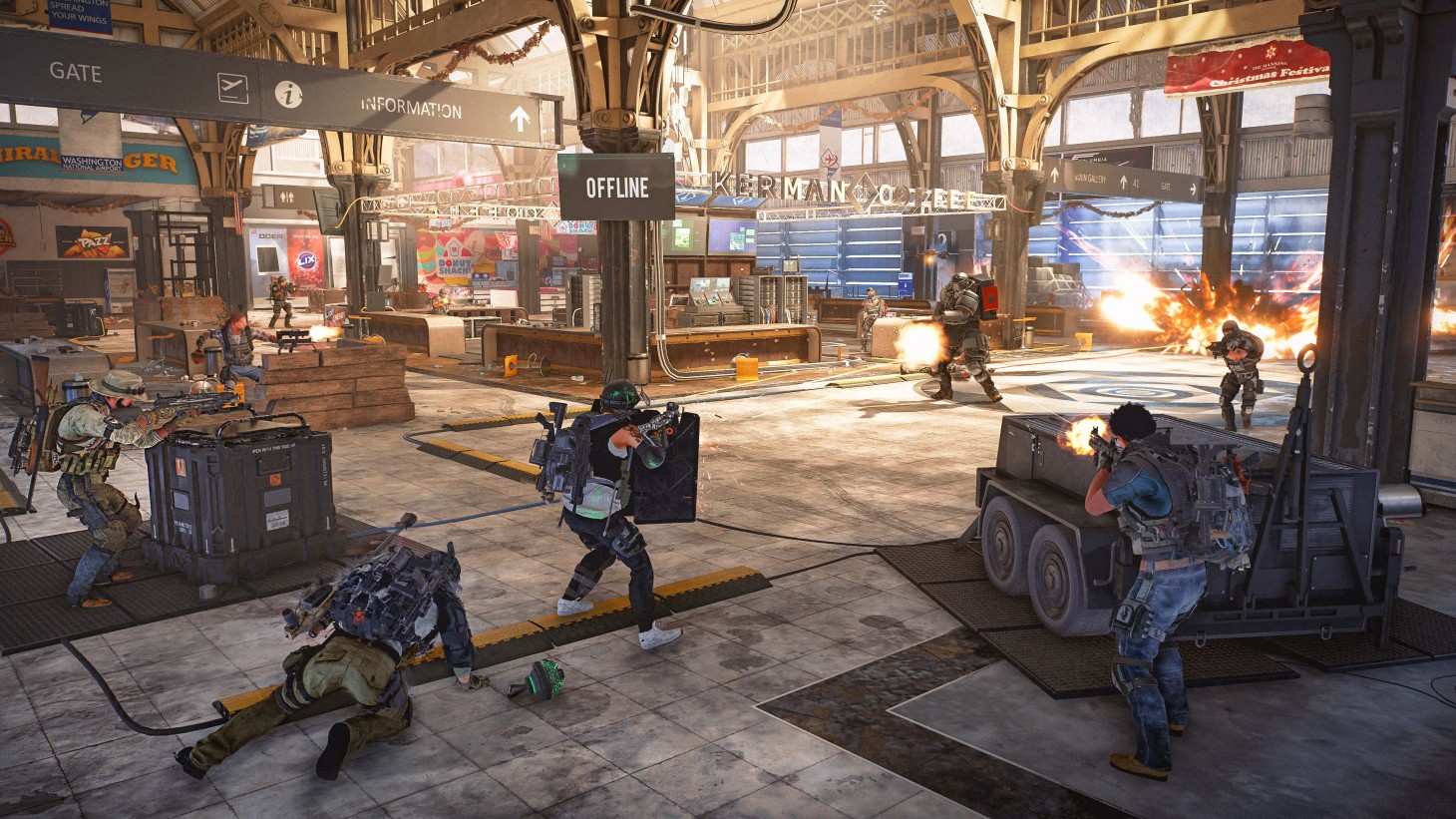 Ever since the release of The Division 2, players have been clambering for true raid content. Ubisoft has responded, and the first fruits of that labor are rolling out later this week. “Operation Dark Hours” releases this Thursday, May 16, beginning at 9:00 am Pacific, on all available platforms.

The raid is built as an eight-person activity, and details provided by Ubisoft make it clear that only the most experienced characters are going to be ready to face the challenges within; you need to have reached World Tier 5 and defeated Tidal Basin.

The Dark Hours raid takes you through the Washington National Airport, in order to halt the incoming flow of Black Tusk soldiers and supplies. Finish off the raid, and you can expect new gear including an exclusive exotic weapon.

Following in the footsteps of other MMOs and loot-focused shooters, Ubisoft also plans to acknowledge the team that snags the world-first completion. If your team wins that honor, your team photo and names to go up in the in-game White House for other players to see. If your team misses that honor, but still manages to complete the raid by May 23, you’ll get a commemorative arm patch. If you’re late to the party, but your team eventually finishes the raid at some point, you’ll get a dedicated clan banner and a trophy for your clan space.

If you’re not planning on taking a shot at world-first, but you’d like to watch the action unfold, you can follow along with the action on Twitch beginning at 9:00 am Pacific on May 16.