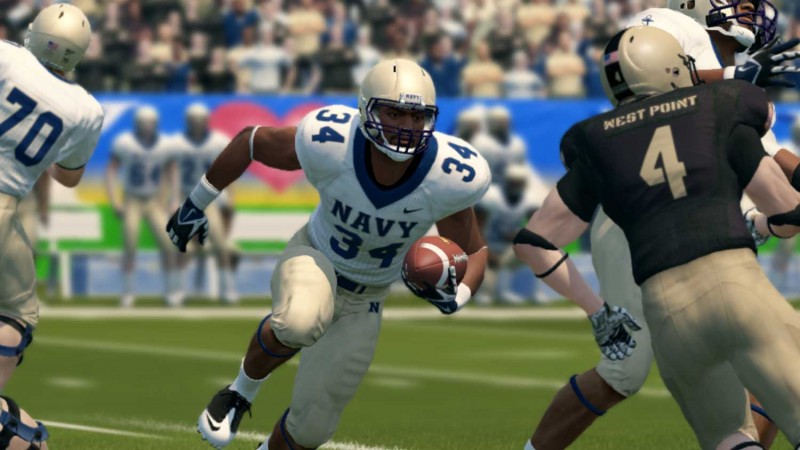 The NCAA has announced it is forming a "working group" exploring how college athletes could be compensated for schools using their names, images, and likenesses. This could pave the way for the return of college video games featuring real and/or approximated players.

"This group will bring together diverse opinions from the membership – from presidents and commissioners to student-athletes," said Mark Emmert, NCAA president and member of the working group, "that will examine the NCAA's position on name, image, and likeness benefits and potentially propose rule modifications tethered to education."

The group expects to present its final report on the matter in October to the board of governors.

The NCAA says it doesn't want to do anything that comes close to paying athletes, but the lack of compensation for players' name, image, and likeness usage has caused multiple lawsuits for the NCAA and Electronic Arts.

In 2013, EA decided to stop making college football games after it planned to proceed without the official license of the NCAA, but Electronic Arts couldn't secure the licenses for eminent conferences such as the SEC, Big Ten, and Pac-12.

We have requested a comment on the situation from Electronic Arts, and will update this story if we get any substantial remarks.

This is great news for college football fans, but it is also just the first step. The main issue is what it will ultimately cost EA to gather the requisite school, player, and conference licenses after the NCAA plans its own course forward. Even with NCAA and/or Collegiate Licensing Company deals like in the old days, the cost of compensation ultimately will be passed onto EA, and it could be a tidy sum (something I touched upon when EA was still considering its options). Hopefully, however, this is indeed the beginning of the return of NCAA Football.
.
On
On
Off
Off