Devil May Cry 5 Has Reinvigorated The Brand According To Capcom 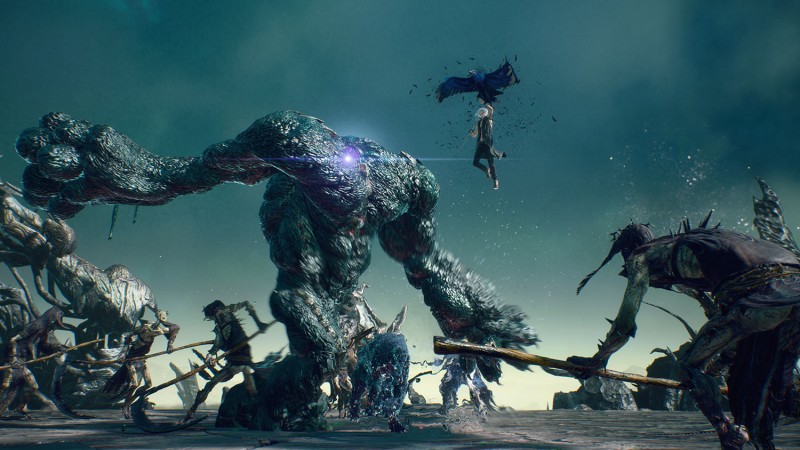 Devil May Cry 5 is nearly 20 years old as a series and has definitely had some ups and downs. After a disappointing first sequel, Capcom went back to the drawing board and asked director Hideaki Itsuno to re-tune the series to something that still channeled what people liked about the first but evolved it. The resulting game set the tone for character action titles for the next 15 years, though DMC itself found itself disappearing in that ether in that time. Now, with the release of Devil May Cry 5 and its strong sales, Capcom feels like the brand is back to the same level of popularity it was at its height.

As part of Capcom's new financial report, the developer reported that DMC5 has shipped two million copies of Devil May Cry 5 as of the end of March. While shipped and sold aren't entirely the same thing, Capcom says the game's sales are well above expectations. As a comparison, DmC, the western reboot of the series developed by the now Microsoft-owned Ninja Theory, sold 1.6 million copies over the course of its first year.

In the report, the comments for Devil May Cry indicate that the fifth game has "successfully reinvigorated the brand." This likely means Capcom has plans for further entries in the series after a decade of taking a break from the mainline entries. It is just a question of what they intend to do with the brand after this. Director Hideaki Itsuno is just one person and has seemingly already moved on to his next project. It seems after DMC2 that Capcom would know better than to create an entry without their top DMC talent. Maybe this means more confidence in the brand with the announced Devil May Cry TV show adaptation. Or perhaps spin-offs in the near future.

Devil May Cry 5 is available on PlayStation 4, Xbox One, and PC. You can find our review of the game here. The original game is also coming to Switch this summer as an eShop release.