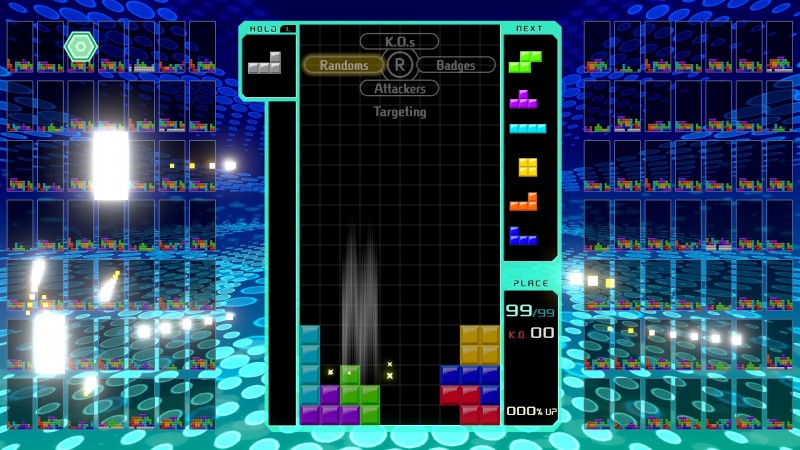 When Tetris 99 launched, it was very much positioned as a different kind of Tetris. As a battle royale, very little existed in the Tetris sphere (not the Tetrisphere, that's different) that was like it, but if you wanted to play the game somewhere without an internet connection or without the hardcore Tetris players destroying you immediately, you were out of luck. Now you can take the game offline — for money!

Titled the Big Block DLC, the $9.99 DLC adds two new offline modes to the game. One is battle royale with bots, so you can practice your aiming and attacking skills in this mode. The other is the classic Marathon mode, which would be well known to anyone who has ever played Tetris in their entire lives.

While it's not quite Tetris Effect, Tetris 99 is looking to add skins to the game, too. On May 17, a new Maximus Cup will take place. Regardless of where you place, you will earn some points, and 100 points during the weekend will earn you a Gameboy Tetris skin.