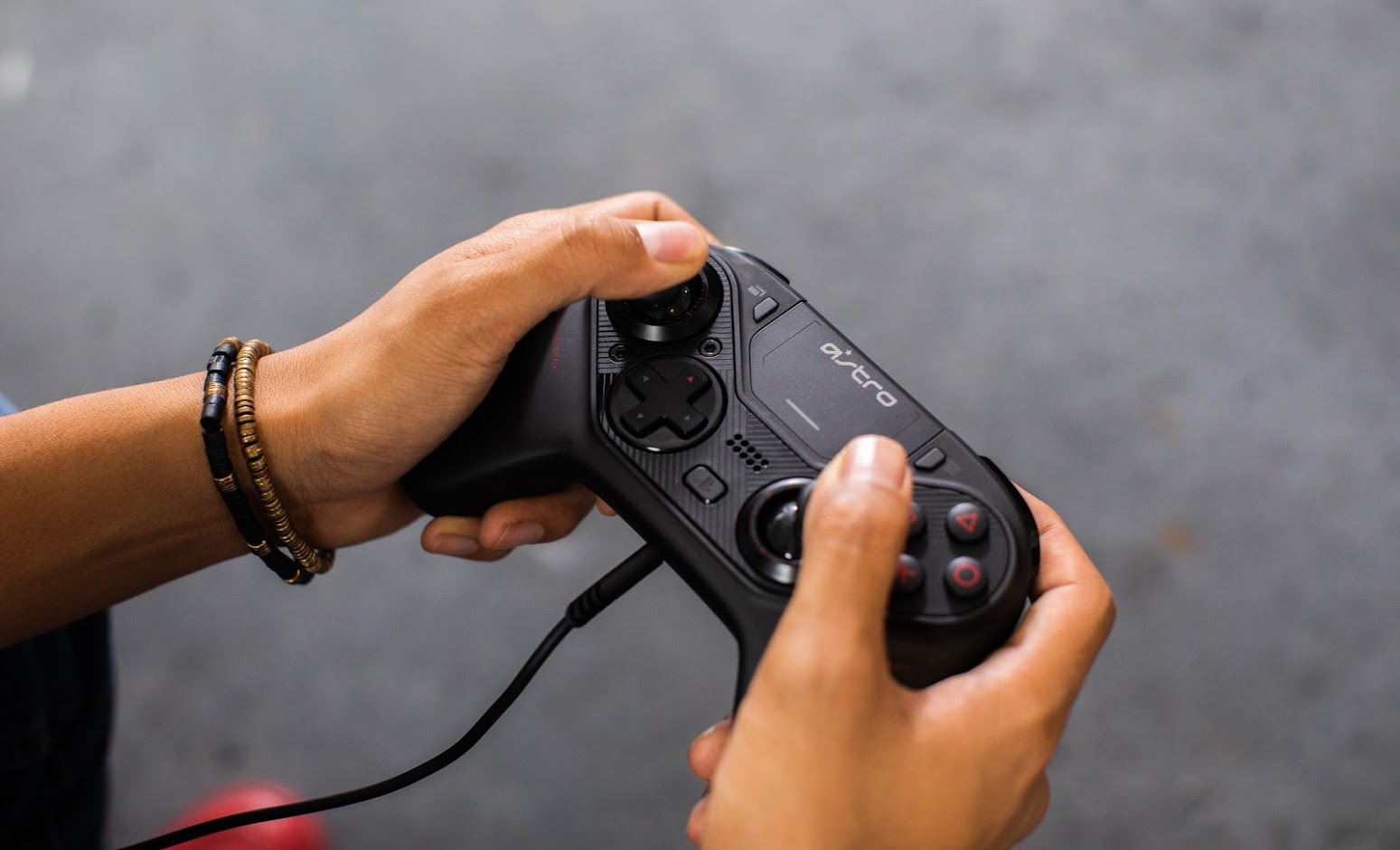 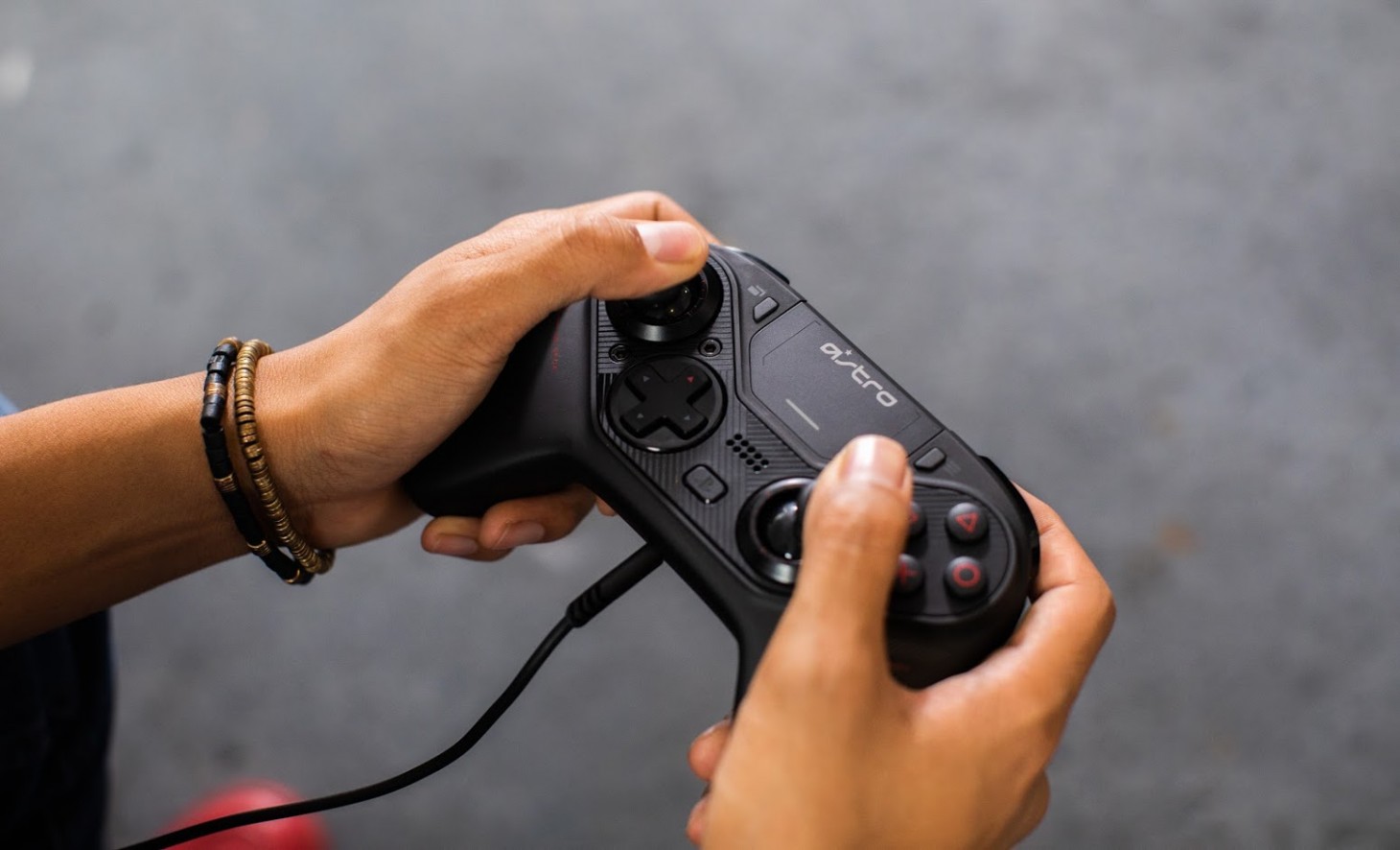 If you’re in the market for a high-end controller for your PS4 or PC, or are sick and tired of the DualShock’s analog sticks ripping, Astro has a great (albeit pricey at $199.99) solution. The Astro C40 TR premium controller is a significant upgrade over the DualShock, delivering better performance, longer battery life, and a number of useful customizable options.

Sporting the tag line “tournament ready,” much like the Xbox Elite and Scuf options before it, this controller can be dismantled and reassembled quickly, allowing the player to swap the placement of analog sticks and the directional pad. Two buttons on the controller’s back can be mapped within a matter of seconds mid-play, which I found handy for almost every game I booted up. 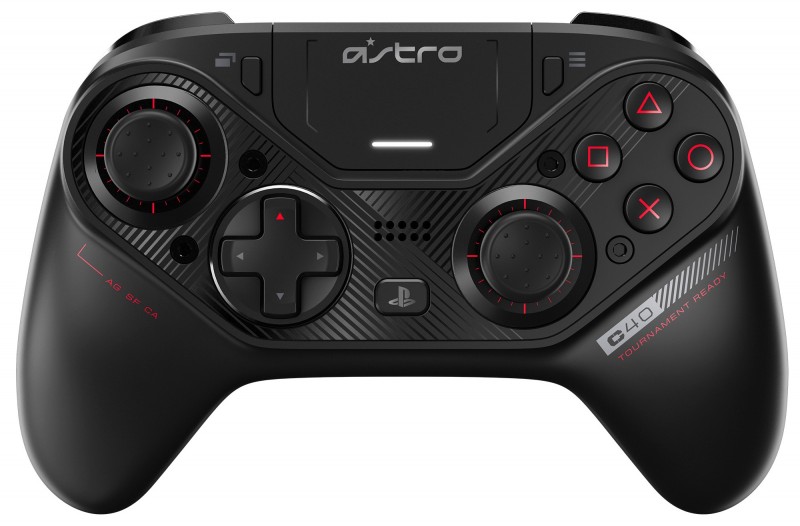 The C40 has some heft to it, both in the thickness of the rubberized grips and overall weight. The controller isn’t hollow, weighing in at 11 ounces compared to the DualShock’s 7 ounces. The controller feels sturdy, and its slightly larger shape is never a hindrance. In fact, the controller's size helps with its grip, especially if you move the left analog stick from the parallel position to offset (mimicking the Xbox One’s placement). To do this, you’ll need to remove the faceplate by using a tool that comes with the controller. The faceplate will then pop off, and you can freely lift up and move the analog sticks and d-pad to their new destinations. This process is quick and painless.

You’ll also find a variety of analog stick forms and heights in the box, which are equally as simple to swap – just yank up on the analog stick to remove the head, and replace it with the one you want. If one breaks or wears down or you simply want a different feel, you can purchase replacement parts from Astro.

The faceplate buttons offer the same amount of throw found on the DualShock, yet differ with a coarse finish that makes them a little more tactile, which is more noticeable when your fingers are simply resting on them. The d-pad delivers solid input, but I still prefer the DualShock's for strings (and fighters).

I’m not a fan of the DualShock’s triggers, given how spongy and narrow they are, and the C40 thankfully improves upon them with wider buttons, and sliders on the back that allow the player to adjust how much give they get from each trigger (meaning you can reduce the amount of time it takes to press in a trigger – remember every nanosecond counts). I found that my middle fingers' natural resting position is right on top of those sliders, which is the one glaring problem I found with this controller. Just occasionally having my fingers grace these elevated pieces of metal is annoying. 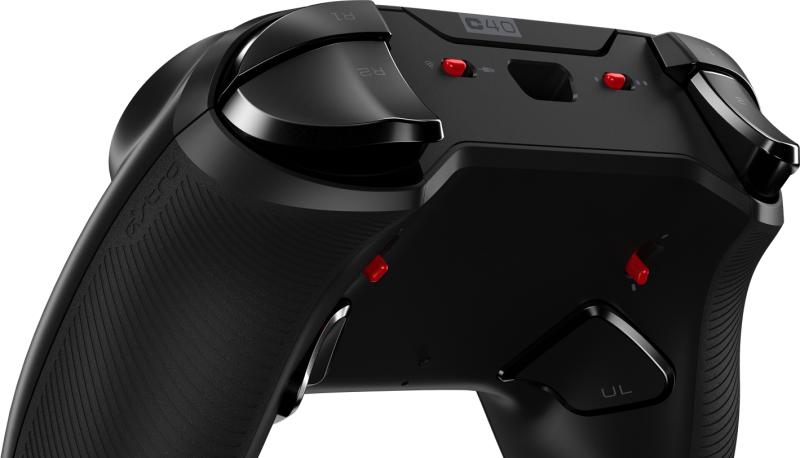 The C40 can be played both wired and wirelessly. Through a USB transmitter that you plug into one of the PS4’s front jacks, the wireless connection delivers a solid 2.5GHz connection, whereas you’ll receive a little less latency wired (as is the case with most controllers). The USB port on the controller is oddly an issue, as it's buried deep within the shell. The cable comes with a long connector that fits snugly into it, but if you are trying to use other USB cables, you’re going to run into issues getting them to snap in.

The C40 has an internal battery that lasts approximately 12 hours, although it’ll drain quicker with headphones plugged into the 3.5mm jack or if rumble is used often. The standard PS4 controller’s battery offers roughly four to eight hours of life. This is a huge upgrade.

The backside UL and UR buttons can be customized to any button input. All you have to do is hold down the desired UL button and a small black button on the controller’s back for five seconds until you feel a rumble. You then need to hit which button you want to duplicate. I found this to be incredibly useful for games that have actions mapped to the d-pad. Moving two of these actions (like healing in Days Gone) to one of these nicely placed buttons helps. I also found moving the e-brake in racing games (which is usually a face button) to either UL or UR delivers a better flow to the racing. Other alternative “pro” controllers have four customizable (and removable) backside buttons, but I like how the C40’s are flush with the casing. 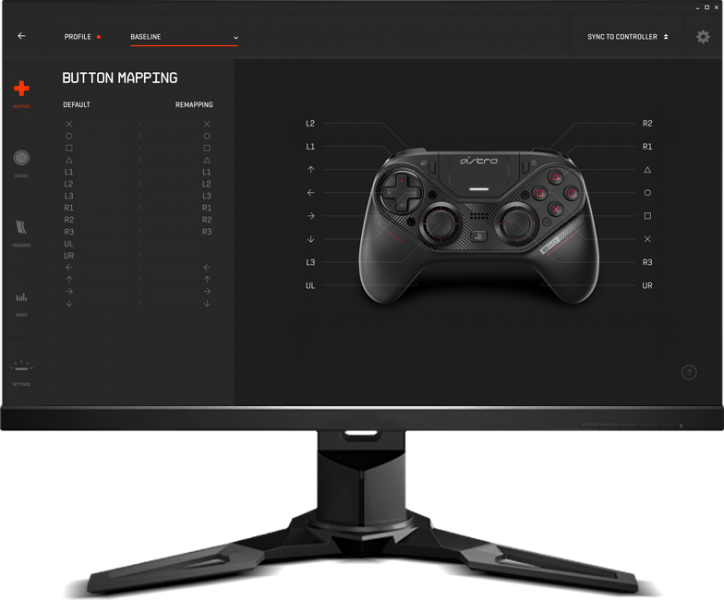 If you really want to customize your controller to your play style, you can remap every button (outside of Options, Share, and the PS4 button) through software on a PC. You can also adjust analog stick and trigger sensitivity, the glow of the tiny LED light, the amount of rumble, and even equalize the sound delivered to the headphones. If you are experimenting with the button configuration, but fear you may not like what you’ve done, the controller comes with a switch on its top that allows you to alternate between two profiles – one can be default, and the second can be your personal setup.

Yes, the C40 is expensive, but despite some minor quirks, I warmed up to it to the point that I didn't want to go back to the standard DualShock. For PC gaming, it’s a crowded market with a number of great options, such as Microsoft’s Elite (which I think has the best form factor), but the C40 is still a hell of a controller that will get the job done and elevate your gaming if you take advantage of its customizable features.