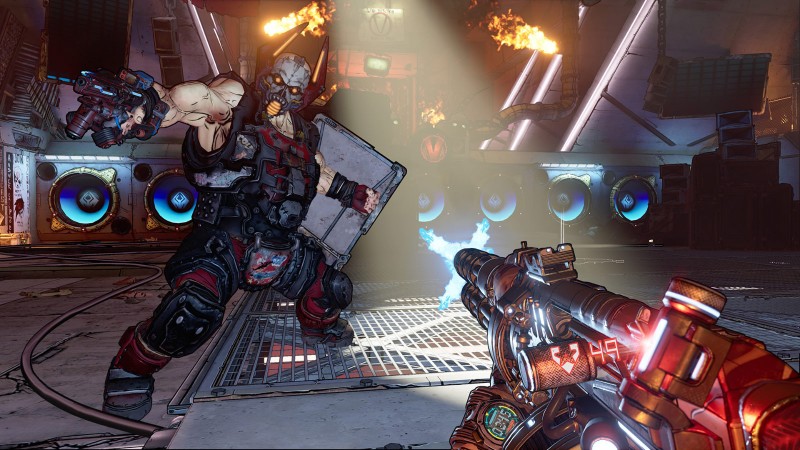 "Players will have the option to purchase certain cosmetic items like character, vehicle, and weapon skins, but none of these purchases would be considered pay-to-win or impacting on the gameplay, like weapons or actual gear," 2K Games wrote.

During a livestream dedicated to Borderlands 3's first-ever gameplay reveal, Gearbox CEO Randy Pitchford took the stage and told the audience that the upcoming game "won't have microtransactions."

To clarify, Pitchford is talking specifically about how you won't be able to buy weapons, gear, or anything that affects gameplay. Cosmetic items, however, are still purchasable with real money.

"We're selling cosmetic items, but we're not going to nickel and dime players," said Gearbox's Paul Sage in an interview with us. "DLC will come down the line, but the game won't have anything excessive."

Keeping purchasable loot boxes out of Borderlands 3 is part of Gearbox's commitment and vision for the game. “We’ve made a commitment to the story, style, and design that our fans have told us loud and clear that they cherish and want us to preserve," Pitchford said.

The Borderlands 3 livestream is still going, now with a focus on Twitch streamers playing portions of the game. Tune in here.