Remember Jet Force Gemini, Rare's 1999 N64 shooter that commands a small but dedicated base of fans? It turns out some other people remember the game, too! Chameleon Games, which self-describes as being made up of "golden era" ex-Rare employees, is looking to recapture that spirit with the announcement of a new and surprisingly similar game called Tamarin.

You can see a lot of Jet Force Gemini's influences in the game, like the exact same design for the bug monsters and the fundamental shooting and exploration segments. I have my doubts that the Jet Force Gemini market is actually all that huge, but I'm pretty impressed by how directly they seem to just be going for it. That artstyle, though. It is very 1990s Rare, at least.

The game also features music from David Wise, who is most recently best known for his work on the stellar soundtrack for Donkey Kong Country: Tropical Freeze.

Tamarin is announced for PlayStation 4 and PC and launching this summer. 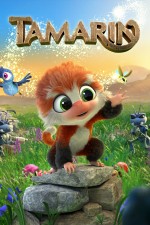