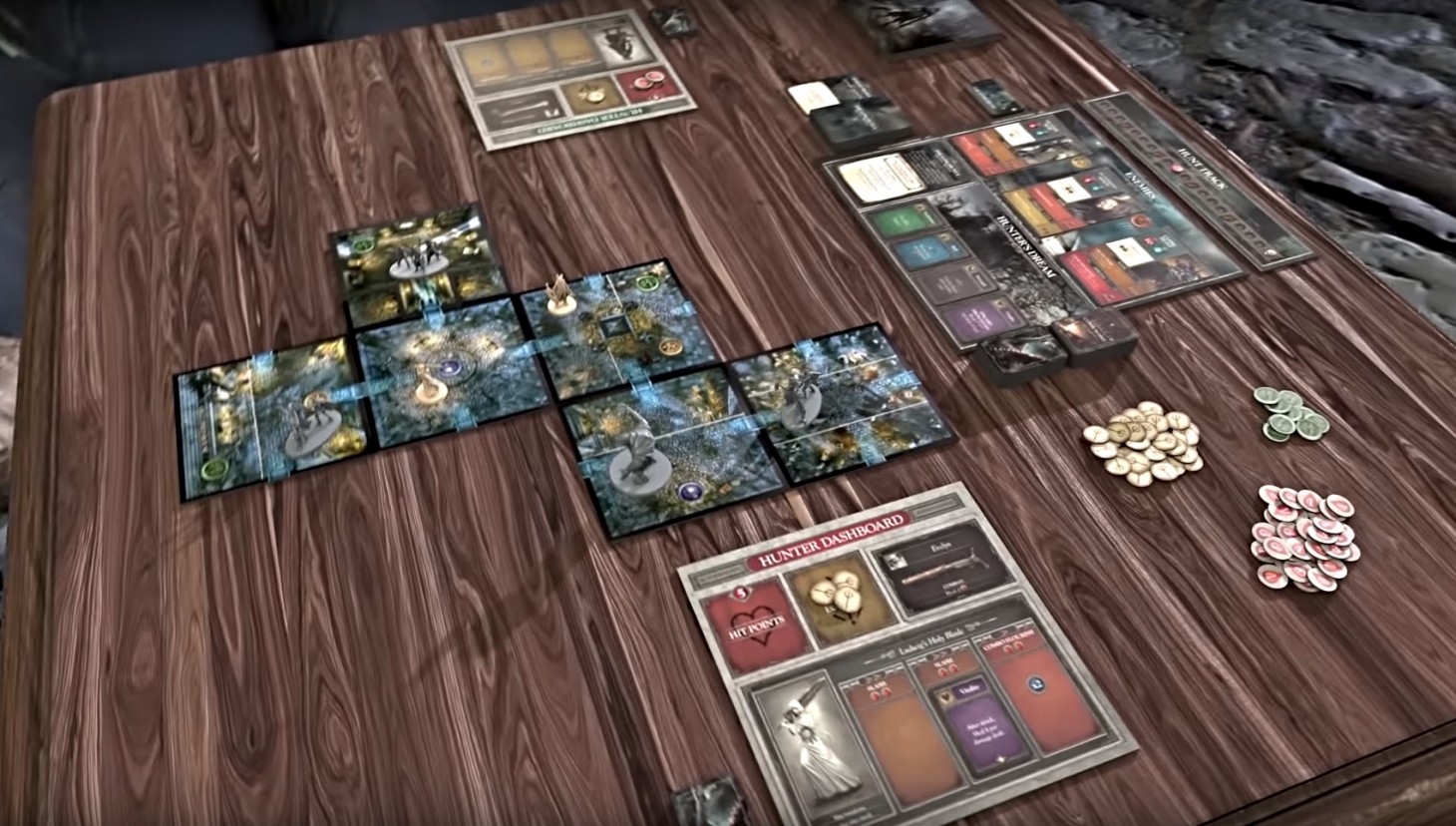 A Bloodborne Board Game Hits Kickstarter This Tuesday

On April 23, tabletop game maker CMON (Cool Mini or Not) will launch a Kickstarter campaign for a new Bloodborne experience. This tile-based board game is CMON's second venture with Bloodborne. The first was a tactical card game designed for three to five players. Following the card game's successful launch, CMON released an expansion called The Hunter's Nightmare.

The trailer below walks you through the key beats of the board game, showing how players explore the city of Yharnam cooperatively, revealing a tile with each turn. Missions are tied to specific tiles, as are monsters which are summoned. The game appears to come with a number of plastic miniatures for the Hunter and various critters to battle.

If funded, Bloodborne: The Board Game will join Dark Souls: The Board Game, which was created by Steamforged Games, a studio that is again tapping the video game space for a Devil May Cry 5 board game.