Assassin's Creed Unity Is Getting Reverse-Review Bombed With Positivity 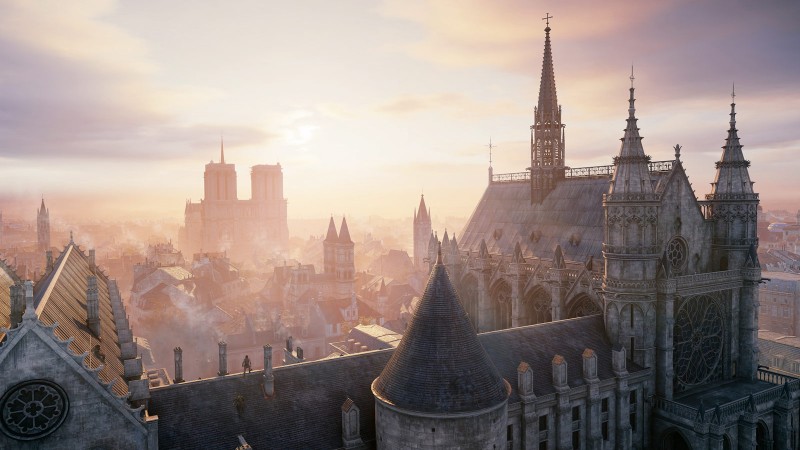 When Assassin's Creed Unity released, it had some problems. A lot of people will argue and disagree about the quality of the game, but early Steam reviews were decidedly negative. The bulk of negativity in the game's "Mixed" review score came around the game's release, with 1700 of them being posted in January 2015. However, that has recently changed, and Assassin's Creed Unity's user review score is rallying.

After the Notre Dame fire, French publisher Ubisoft obviously felt the cause of rebuilding the famous church was near and dear to their hearts. Since Assassin's Creed Unity, a game set during the French revolution, heavily features Notre Dame as a centerpiece to the city, Ubisoft is in talks to use their data of the interior to help reconstruction of the church. They also want to raise awareness of it, so they have been giving the game away for free, which has lead to fans wanting to share positive feelings about it.

As such, this might be the first instance of good review bombing.

In the past 24 hours, people have posted numerous reviews praising Ubisoft for giving the game away for free and for trying to commemorate the historical building. One review reads "I played the game after Ubisoft had fixed all its issues. That being said the positivity brought by this game in light of the tragic event with the Notre Dame cathedral, makes me proud to have played this game."

Another review says "I hope this game will be able to help the repairation [sic] of Notre-Dame de Paris.. Although its not a good game for everybody (seems like) but Ubisoft paid much efforts on this."

By Valve's review policy, though, it is not clear whether these reviews are going to stay up. The Steam company recently revised their review policy to remove swaths of anomalous reviews during certain time periods when they don't have anything to do with the quality of a game. In theory, that is supposed to remove reviews where the audience is miffed about, say, something the developer says and is rating the game low for it. It is unclear what happens when the audience is super happy a game is celebrating a historic piece of architecture that is in a game.

Regardless, the game is free and people are happy poking around virtual Paris, so take advantage while you can.