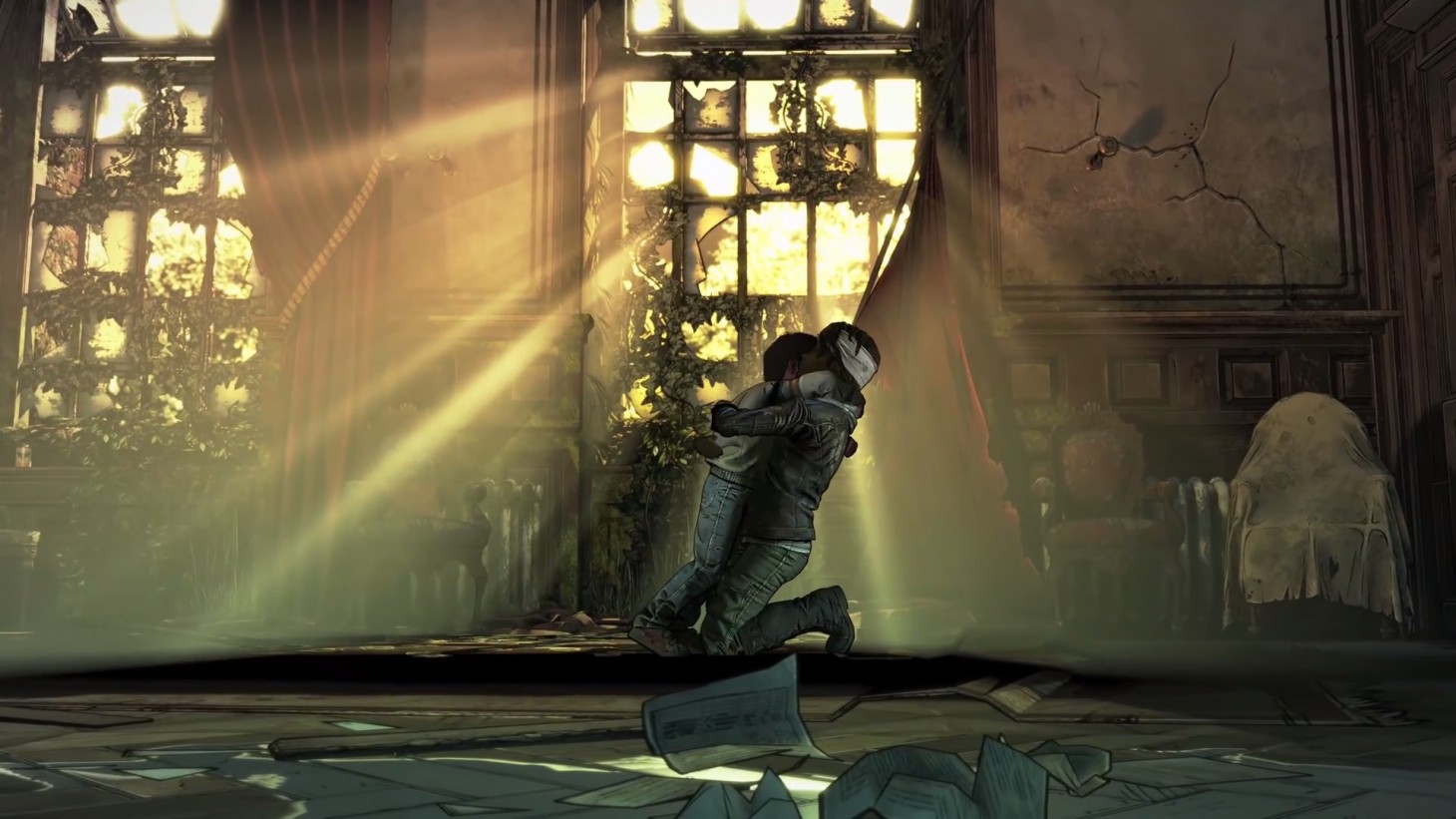 The Voice Of Clementine On The Walking Dead’s Final Episode

Seven years ago, veteran voice actress Melissa Hutchison landed a role as Clementine in Telltale Games’ The Walking Dead. She couldn’t have known at the time that the first season of the episodic adventure series would launch to great reviews or that her character, who wasn’t even playable in the first season, would go on to become the face of the series. Now, the final chapter is out and Clementine’s story has reached its conclusion. We spoke with Hutchison about her wild and unpredictable journey as Clem, her emotional reaction to the game’s final episode, and the untimely closure of Telltale Games.

Full spoilers below for the entirety of Telltale Games’ The Walking Dead series. 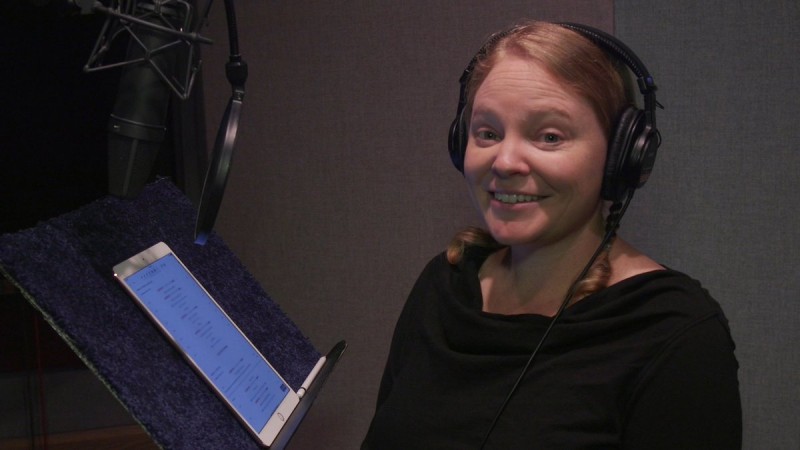 Voice actress Melissa Hutchison recording dialogue in the VO booth.
The Story Of A Girl

The Story Of A Girl

In The Walking Dead’s inaugural season, players took on the role of Lee, an ex-con who crosses paths with an orphaned girl named Clementine in the early days of the zombie apocalypse. Lee acted as a father figure to Clem throughout the season, which made its finale as emotional as it was shocking: Lee, bitten by a walker, asks Clementine to decide whether or not to kill him before he turns into a zombie himself. The result is the same whatever players decide to do. Lee dies, and in a twist, Clementine – and Melissa Hutchison – becomes the series’ lead.

Hutchison never knew this was the plan, though.

“The creatives didn’t even have [Clementine being the series protagonist] in mind,” Hutchison says. “I don’t even know if they intended to do a second season.”

It wasn’t until the reviews and accolades started rolling in that Hutchison realized she’d lent her voice to a hit. Critics hailed the series as a revitalization of the adventure-game genre, and at the 2012 Spike Video Game Awards, not only did the first season win Game of the Year, but Hutchison also took home the trophy for Best Performance by a Human Female.

“Then it all started to make sense… I had no idea that we would be sitting here at this moment, so many years later, wrapping it all up.” 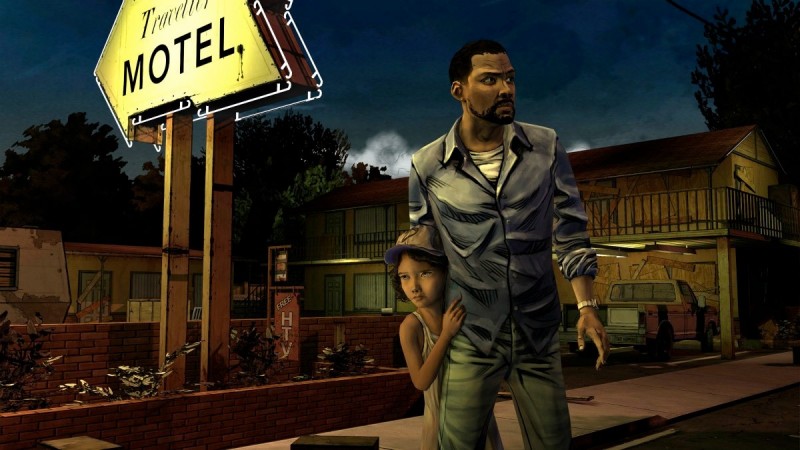 In The Walking Dead's debut season, players controlled Lee, acting as a fatherly figure to Clementine while the pair searched for her missing parents.

“As for Clementine being the playable character, I did not know until about a month before going in to record season two,” Hutchison says. “Season three was a little bit of the same situation. I had no idea what they were going to do with it. I wasn’t even sure if there was going to be a season three.”

The series didn’t have a definitive path from the beginning, according to Hutchison. The creatives at Telltale Games conceived each season ad hoc, so while Clementine ended up being the series’ emotional through line, Hutchison says she went into each episode not knowing if her character would come out alive.

“I don’t think I found out for sure if she was going to live or die until we started recording the final episode,” says Hutchison. “Personally, I had a feeling that they weren’t going to kill her, but I knew something horrible, at least, had to happen.” 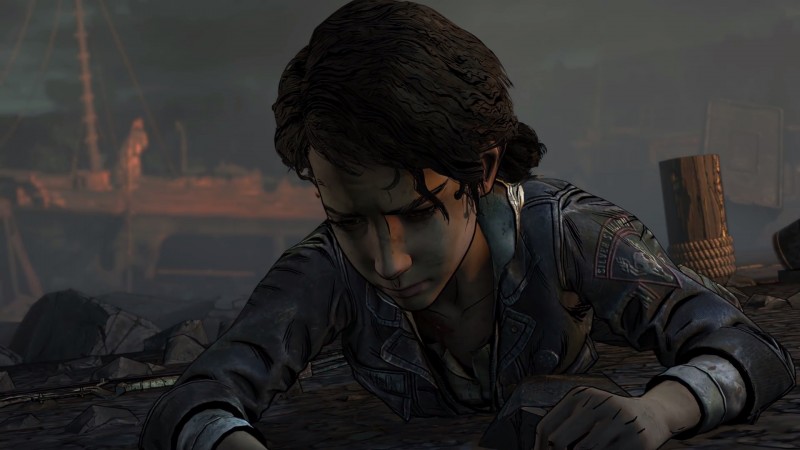 Her hunch proved accurate. In The Walking Dead’s final episode, Clementine takes a walker bite to the leg. It’s a horrifying moment for longtime fans that’s made more gut-punching by the fact that her foster kid, AJ, watches it happen.

Clem and AJ hole up in a rundown barn from a walker horde where she collapses from fatigue. The infection is killing her body. Suddenly, the game changes perspective, putting players in control of AJ for the first time, and the two engage in one of the most somber, tearful scenes in the entire series.

The Walking Dead is a game about choice and consequence, and players spend most of the final season making hard calls about how to raise AJ in a world ravaged by death and murder. In one of the final choices in the game, players decide whether they’ll kill Clementine before she can turn into a walker or leave her in the barn to turn. The scene parallels Lee and Clementine’s final exchange in season one. In a twist, AJ makes his own choice, regardless of what players tell him to do: he axes off her bitten leg, and with it, the infection. Clementine survives.

“I didn’t know the ultimate outcome of the final episode until literally going in to record it,” Hutchison says. “I didn’t want to know. The director was kind of on board with that, too… He wanted the Barbara Walters moment, if you will, in the performance.”

Hutchison says she is satisfied with Clementine’s fate, despite the fact that The Walking Dead TV and comic series’ are notorious for killing off nearly every main character, to the degree that some might call it a rite of passage.

“I think it’s really honoring the fans, ultimately, that they decided to keep her alive,” Hutchison says. “The love is very strong in this fanbase. These are just my theories, but I think the writers felt like if they killed her, it was doing a disservice to the [fans] who have literally driven this game. If not for the strength and love of this fanbase, it wouldn’t have been worth saving. I think the writers were honoring the fans in keeping her alive.” 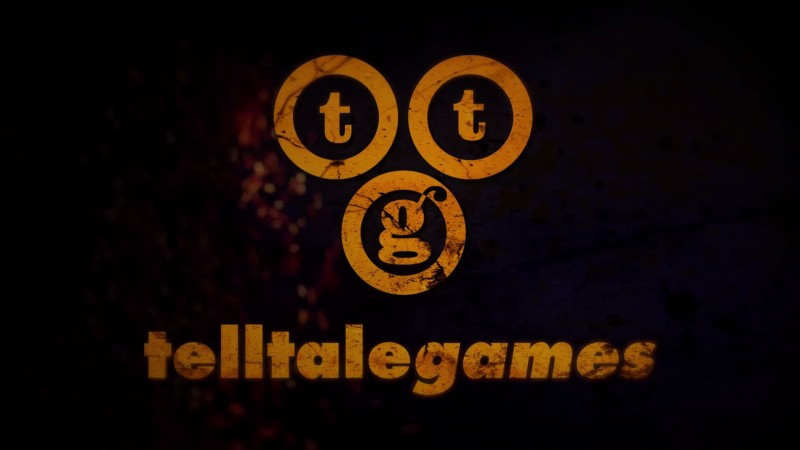 The End of Telltale Games

The End Of Telltale Games

In late September 2018, Hutchison went to the studio to record dialogue for the final episode of The Walking Dead. Director Jack Fletcher wanted her to record Clem’s “death” scene in the barn, and a later moment where Clem confesses doubt in her ability to make choices for AJ. They were incredibly emotional scenes for Hutchison.

What she didn’t know was that while she recorded her dialogue, more than 200 employees received fateful news: Telltale Games was shutting down. They were laid off, effective immediately. Each developer would receive a paper paycheck with pay through the end of the day. They had 30 minutes to leave the building. 200 creatives’ futures were now up in the air – and so was Clementine’s.

“I was like, holy s---, this is the worst goodbye to a character ever,” Hutchison says. “It felt so incomplete, and it felt horrible.”

This wasn’t the end of Hutchison and Clem’s journey, though. In October 2018, developer Skybound Games – founded by The Walking Dead creator Robert Kirkman – announced it would take over The Walking Dead’s development and publishing, working with members of the original Telltale team to wrap up Clementine’s story. They called themselves the Still Not Bitten crew – a name that not only expressed Clem’s resilience against the walker threat but the developers’ commitment to finishing Telltale’s crowning project. Hutchison returned alongside them, thankful that the scenes she’d recorded the day of the layoffs needed little alteration.

“At least a couple months later, after Skybound had picked it up and we got back in the studio, it was kind of good [that we’d finished those scenes], because I didn’t have to relive a lot of the emotional stuff from the day the company shut down,” Hutchison says.

Skybound retained Telltale’s vision for the final two episodes, according to the actress, who only had to make minor changes to Clementine’s dialogue after development switched hands. The major plot points stayed the same.

“It’s not like Telltale wrote [Clementine] to die, and then Skybound said, ‘She’s going to live!’” Hutchison says. “Which is really cool, and that was the only way I was going to feel good about picking up and continuing.” 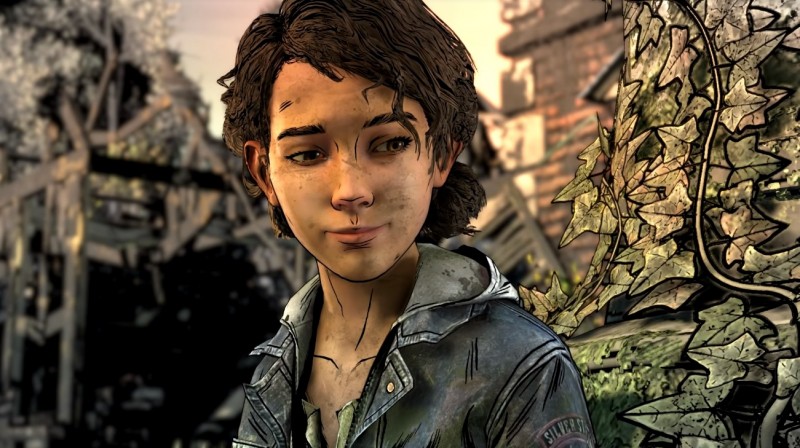 Just as Clementine has evolved from a scared little girl trapped in a treehouse to one of gaming’s most recognizable heroines, Hutchison’s gone through her own transitions in the last eight years. Her work as Clementine opened doors for her that led her to land more narrative-heavy roles, such as Beauty in The Wolf Among Us and Isa in Minecraft: Story Mode. She’s started working more in animation, too, with credits in shows such as Space Racers and Yo-kai Watch.

“I don’t ever want to say there will never be an experience like this again,” Hutchison says, “...because games are so cinematic now and there are many options [for an actress] for that kind of character growth. But you know, it’s been such an amazing experience. The whole experience feels almost like an amazing dream…”

She’s finished recording dialogue, but Hutchison doesn’t feel like the experience is over just yet. 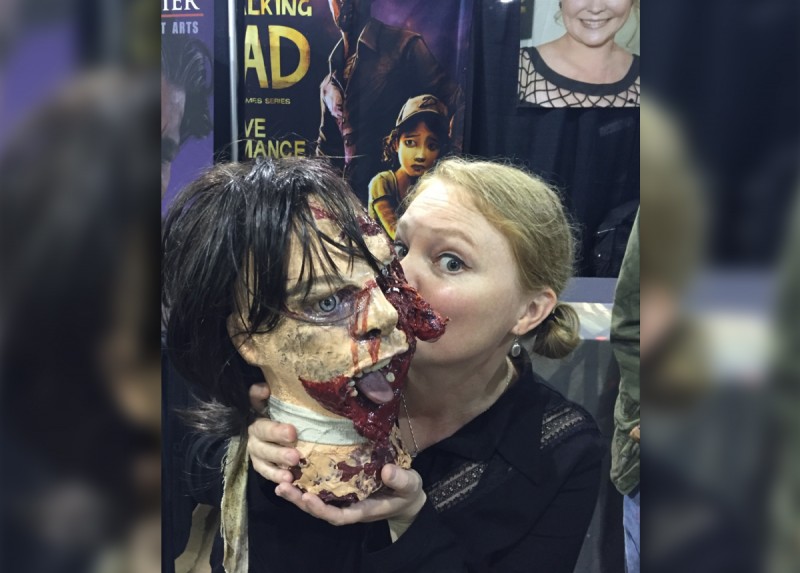 Unlike some voice actors, Hutchison is a huge fan of the games she performs in.

Several times during our call, Hutchison emphasizes how grateful she feels to have had the opportunity to work on The Walking Dead. It’s palpable when she recounts working with the “brilliant” developers, or when she remembers the choices she made when she played through each episode as a fan, or when she talks about the great friendships she’s made through Telltale.

“I feel, just ultimately right now, so much gratitude. I feel full. With the completion of this season, with this game, that I am in a really solid place with Clementine right now and she will forever be this precious experience of my life like none other.”

You can read our thoughts on The Walking Dead's final season here. Here's a feature we ran back when the series debuted in 2012 on how Hutchison built Clementine's voice.