Sega has announced four separate games to coincide with the 2020 Olympics in Tokyo, though three of them are versions of the one we already know: Mario and Sonic at the Olympic Games.

In a trailer mixes footage of the four games with a quasi-inspirational montage of old Olympic footage, we see the four games in action. First, there's Olympic Games Tokyo 2020 - The Official Video Game, which looks to be a more traditional collection of games based on Olympic sports. This one has regular people compete in the games instead of iconic, disproportionate mascots. This one is coming to PlayStation 4, Xbox One, Switch, and PC sometime in 2020. 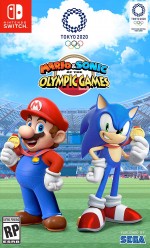