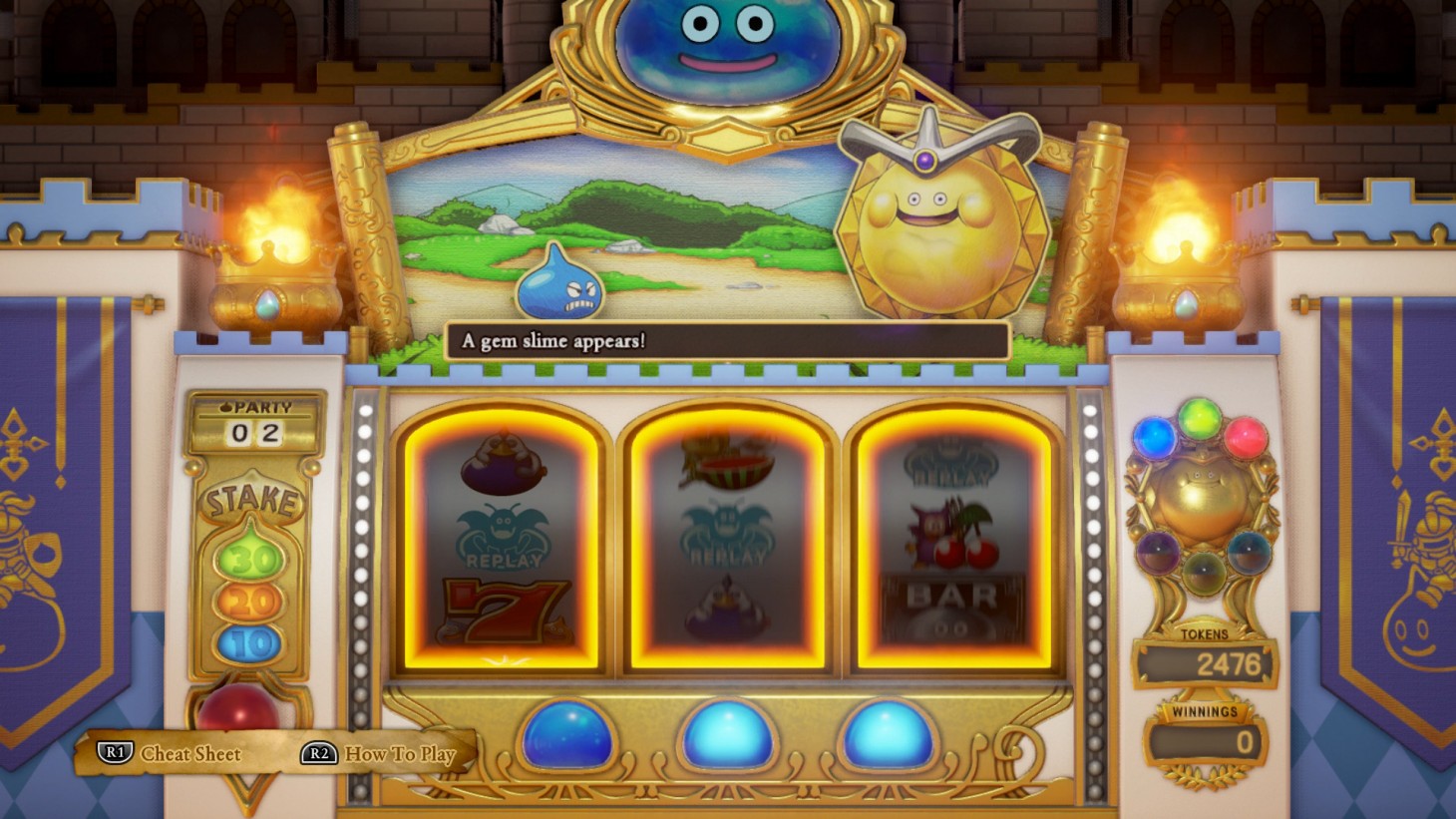 Gambling can be fun, but that fun lies in the potential reward, ignoring the even greater potential to lose everything. Those slim odds add an element of danger to an otherwise harmless game of chance. Blackjack or roulette may be fun, but would you ever want to play without stakes? Putting real money on the line is often what keeps people coming back for more, so that lack of financial reward makes me curious about gambling in video games.

When video game gambling is done well, it provides exciting rewards and fun gameplay. When it’s done poorly, it’s a shallow excuse to drain your character’s wallet. Your time with a game is precious, so developers are asking a lot when they plant you in a casino. I played through several games to see if it was ever worth taking a detour from your main mission to try your hand in the casino. 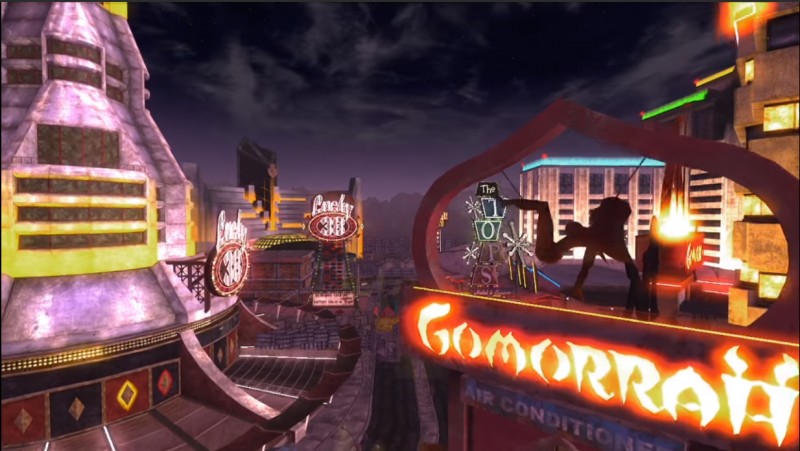 Fallout is a grim place with a chipper attitude. It’s a world with literal ghouls that tend bar. War may never change, but the casinos sure have. In my time playing the slots, blackjack, and roulette in Fallout: New Vegas, I came away with almost nothing of value to show for it. You can perhaps win a tasty Brahmin steak, but that hardly seems a worthwhile prize to make me want to shake hands with the one-armed bandits. There is a world full of two-armed bandits with better items just waiting to be blown away. Why loot all those office buildings for bottle caps just for a chance at some cheap food? If you find yourself on a hot streak, you may be granted access to a VIP suite that has a couple guns and a stat boosting magazine. If that streak is a little too good, you’ll be kindly asked to leave.

The warm glow of the New Vegas lights are inviting, but gambling here feels like you spent all your money on the slot machine in the airport just to win a $50 gift certificate to Chile’s. There’s so much more to see and do in the wasteland; a stop here is only for completionists. 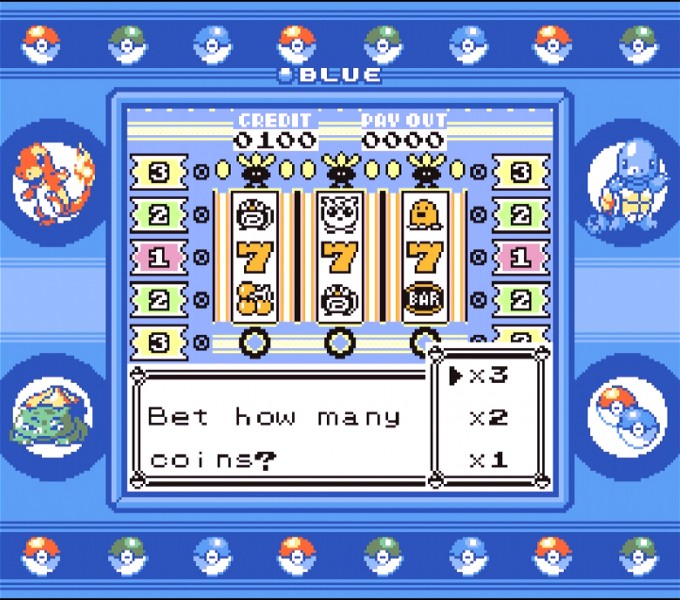 When you want to be the very best, like no one ever was, it takes a lot of time and hard work. There are always more Pokémon to catch and evolve. In the Kanto region, if you want to finally fill that Pokédex you’re going to need a Porygon, and the only means of obtaining one comes from trading coins at the Celadon Game Center. A jackpot only nets you 300 coins, so you’ll have to spend plenty of time seated in front of a slot machine if you want to earn the 9,999 coins necessary for Porygon in Pokémon Red and Yellow. More if you want access to some of the exclusive powerful moves you can unlock there as well. Alternatively, you can just spend money in exchange for coins at the counter, but even that takes an exorbitant amount of both time and money. 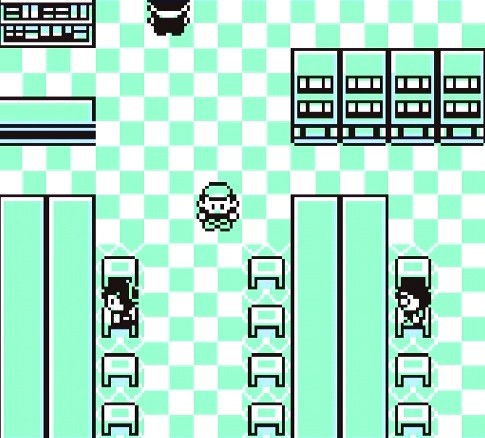 If you neglect the fact that the Celadon Game Corner is a run-down, mob facility that let’s children gamble and sell live creatures, it is also a mindless chore that requires nothing of the player other than time. Nintendo must have recognized this was terrible, because the Pokémon: Let’s Go remakes removed the ability to gamble from the game completely. A wise decision because we felt like our Pokémon trainer was going down a bad path.

Dragon Quest XI infuses charm and character into every scene and it always feels full of life. But it seemed like a real challenge to do the same thing for its in-game casinos. While you’re still just pulling a lever and hoping for the best, in Dragon Quest XI the machines have more variety in the rules and the animations so it felt like they had tried to make the casinos fun. The basic slot machines have a generous progression system wherein landing certain sets will upgrade the board to pay out more for a limited number of spins. There is an even snazzier machine that plays out a mini-RPG adventure on a screen above the wheel, and how well you do dictates how successful your party is on their journey – the farther they get, the better your reward. You are required to play in the casino briefly during the story, but thankfully you are bombarded with jackpots. Although when you win big on your first trip, the prizes are outrageously expensive and literal crap.

Even under normal circumstances, these games seem heavily skewed in the player’s favor; this means it’s hardly a burden to earn enough money for any prize you may have your eye on. There are plenty of decent weapons and armor sets to win if you want to put in the time, but none of those prizes are so necessary that you feel obligated to play. Dragon Quest’s signature charm is used to great effect, making you think that otherwise boring in-game gambling is actually worth your time. I spent an inordinate amount of time sitting at slot machines and watching the numbers get bigger. Which is what RPGs are all about.

Kazuma Kiryu and his gangster story is somehow both completely over-the-top schlock and grounded crime noir. Tokyo and Osaka are so well-realized with dozens of activities to do and people to talk to – you can also body slam eight goons with a bicycle at any point. Naturally this dichotomy extends to the gambling. You can take your pick from mahjong to baccarat or try your hand at a UFO Catcher or play Sega’s urinal game. I spent several hours at the UFO Catcher and refused to leave until I had each and every Super Monkey Ball character. The figures are completely useless, but Yakuza rewards you with constant accolades for completing different tasks, so it felt worth it to dabble in everything.

Most of Yakuza’s side-activities require at least some skill. I have zero understanding of the rules for mahjong (even after spending 30 minutes reading the game’s thorough instructions), so I only ever won through sheer luck. This was nice because, unlike casinos in many other games, I was expected to pay attention rather than simply pull a lever or spin a wheel. If you are somehow very good at mahjong, you can even work your way up the ranks and take on more skilled players for better paydays and bragging rights. You don’t necessarily need to engage with these games to enjoy the story, but they add just enough flavor to the world that they make it all the more entertaining when Kiryu goes full WWE and suplexes some thugs in the middle of the street.

Seriously, though, does anyone actually understand mahjong? Can you please explain it to me? 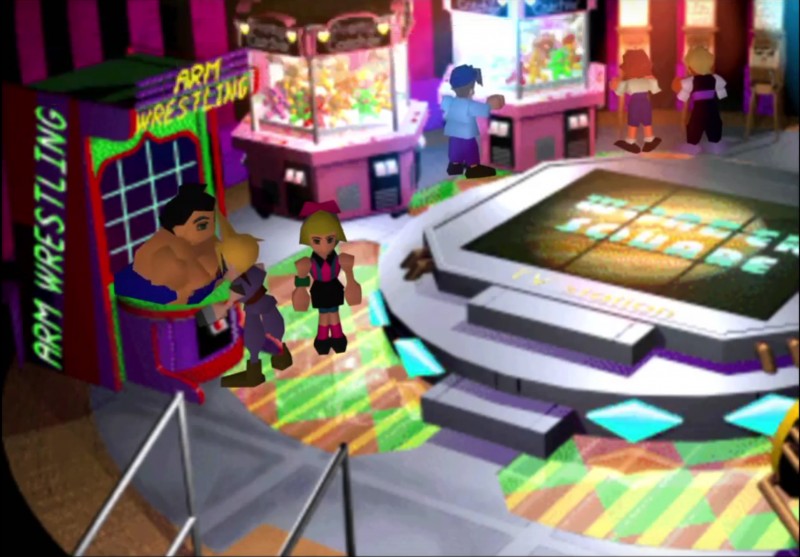 Before Final Fantasy VII, the series always had a traditional high fantasy setting: dragons, castles, and knights. Final Fantasy VII was the first to diverge from that and deliver the same fantasy adventure in a more industrialized setting. Many of the trappings were still present, but gone were the opera houses of Final Fantasy VI. In its place was the ostentatious glitz and glamour of the Gold Saucer.

The Gold Saucer is a cutting-edge amusement park with minigames around every corner. You can race chocobos, arm wrestle, or play basketball. This is what Dave & Buster’s would look like if it opened in Midgar. If you want the most powerful attack in the game, Knights of the Round, you’ll have to become pretty familiar with racing and breeding chocobo to unlock the fabled gold chocobo. It’s less of a strict game of chance, but you’ll be spending lots of time in the casino nonetheless.

The Gold Saucer offers all the bright lights and dark corners of a good casino but without more mundane standbys like slot machines and poker. It’s one of the more consistently enjoyable casinos in videogames (that wasn't even planned from the beginning), and its goofy atmosphere perfectly balances the bleak reality of living beneath the nightmarish Shinra Electric Power Company. Plus, it’s still better than blitzball.

If you’d like see another example of a video game casino, you can watch our Super Replay of God Hand or you can see what the ESA thinks about video game gambling over here. 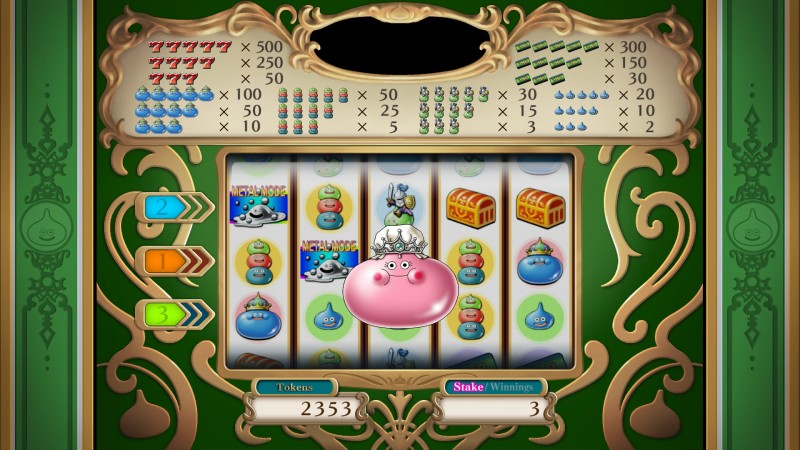 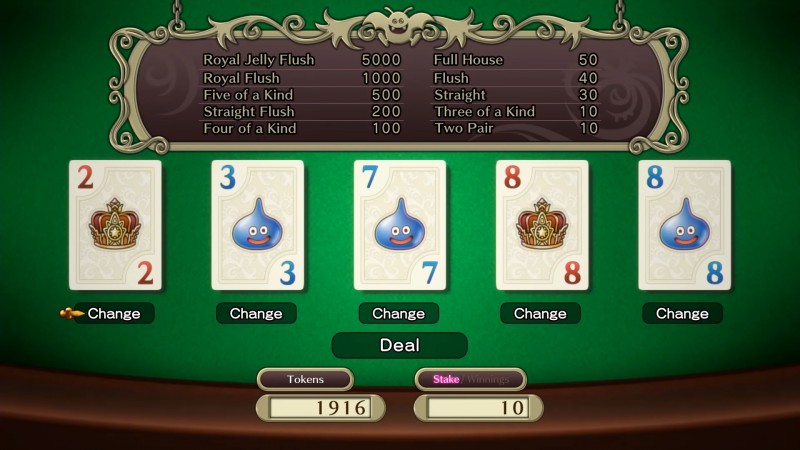 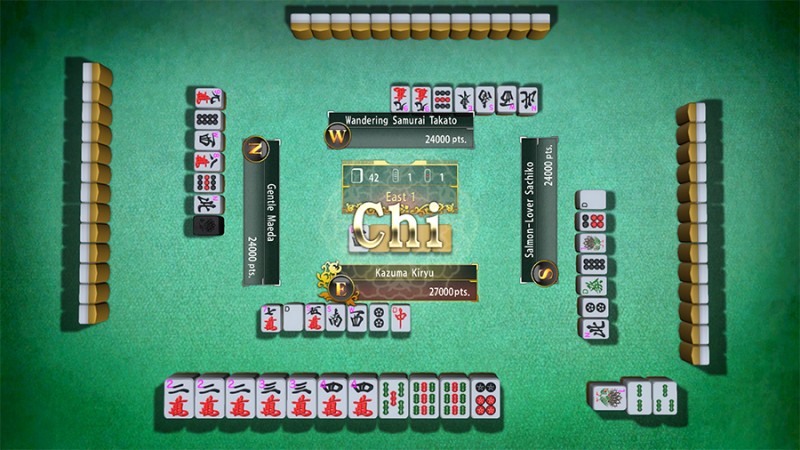 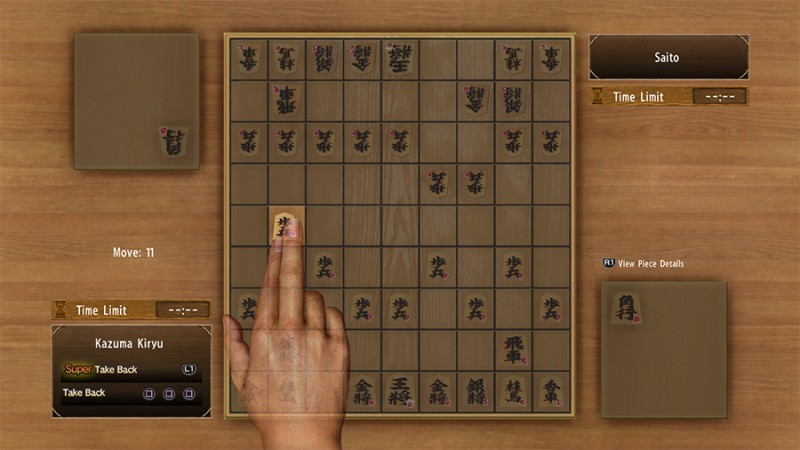 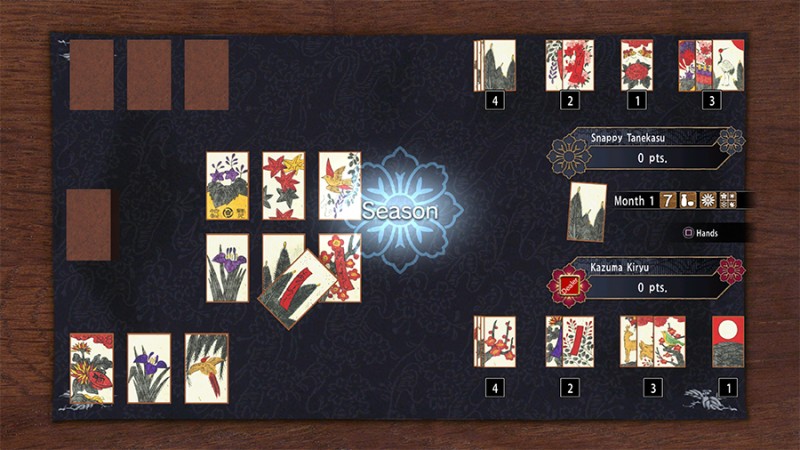 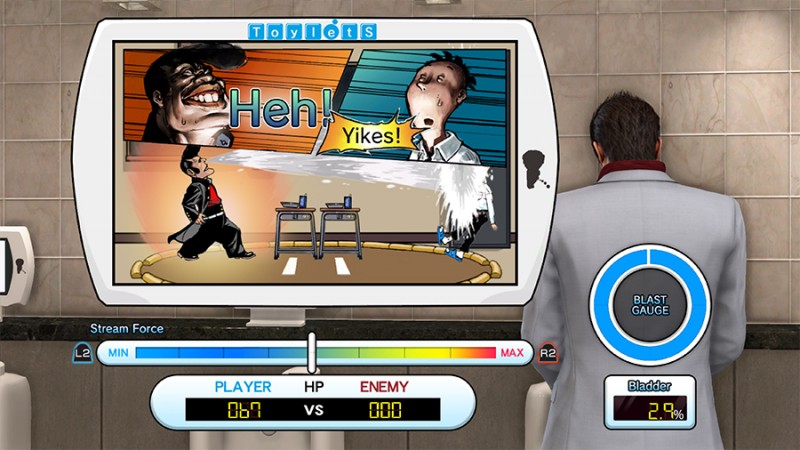