Since Peter Jackson's blockbuster film adaptations of the J.R.R. Tolkien fantasy series debuted at the turn of the century, fans have rarely had to wait for more than a few years between interactive experiences set in Middle-earth. That steady clip continues with a new partnership between Daedalic Entertainment and Middle-earth Enterprises.

The Lord of the Rings – Gollum follows the story of Sméagol's corruption through the One Ring To Rule Them All. The narrative-driven action-adventure title promises to remain true to the original lore, but also will explore "new events and details related to Gollum's journey."

"We tell Gollum's story from a perspective never seen before, in any storytelling medium, all the while staying true to the legendary books of J.R.R. Tolkien," says Daedalic CEO Carsten Fichtelmann. "At a time when the games industry is undergoing structural changes and seeing new business models evolve, we are excited to realize a huge new production based on a story that has stayed fresh and relevant for more than 60 years."

The title is being built by Daedalic's in-house studio using the Unreal Engine and will release in 2021 on PC and "all relevant console platforms at that time." This likely refers to both current-gen and next-gen consoles.

The press release intimates that Gollum is the first – but not only – title that will come from the partnership between Daedalic and Middle-earth Enterprises. 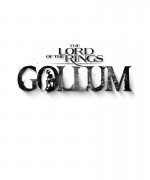