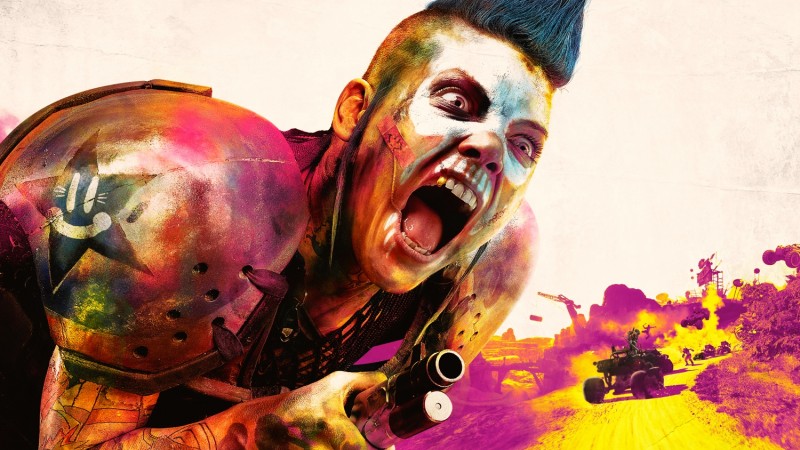 It seems a war between different types of PC game launchers and storefronts is brewing, though not everyone is eager to signal an intention to fight. While Bethesda has had their own launcher for some time now, the publisher seems willing to back off that idea and bring their games back to Steam with an announcement that their upcoming portfolio and previous notable omissions are heading to Valve's digital distribution store.

In December, third party sites gave an indication that Rage 2 would not be appearing on Steam by saying keys are only guaranteed to work on the Bethesda launcher. The publisher's silence, combined with the fact that Fallout 76 skipped Steam, lead people to believe the post-apocalyptic shooter, err, the post-apocalyptic shooter with pink in it would not appear on the store. Not so, says Bethesda. Rage 2 and Doom Eternal will be hitting Steam, as well as Wolfenstein: Youngblood, VR experience Wolfenstein: Cyberpilot, and last year's Fallout 76 will all be on Steam.

Bethesda did not say whether or not the games would also appear on Epic Games Store.

We’re pleased to announce that RAGE 2, Wolfenstein: Youngblood, Wolfenstein: Cyberpilot, and DOOM Eternal will be released on Steam as well as https://t.co/p0BARqmTBp. We will also be bringing Fallout 76 to Steam later this year.

It is also not known why Bethesda made this specific decision. The publisher may have given up their goals for their own launcher, which has taken a lot of criticism over the years. It's also possible that Valve has begun engaging in the process of securing exclusives for their own service, which Epic has been doing for some time. It seems very unlikely that Epic failed to approach Bethesda with a signed check for their games and Epic Games Store exclusivity, which means Bethesda made their decisions of where to put their games on some other basis.

Rage 2 releases for PlayStation 4, Xbox One, and PC on May 14, while Doom Eternal, Wolfenstein: Youngblood, and Wolfenstein: Cyberpilot release in 2019.