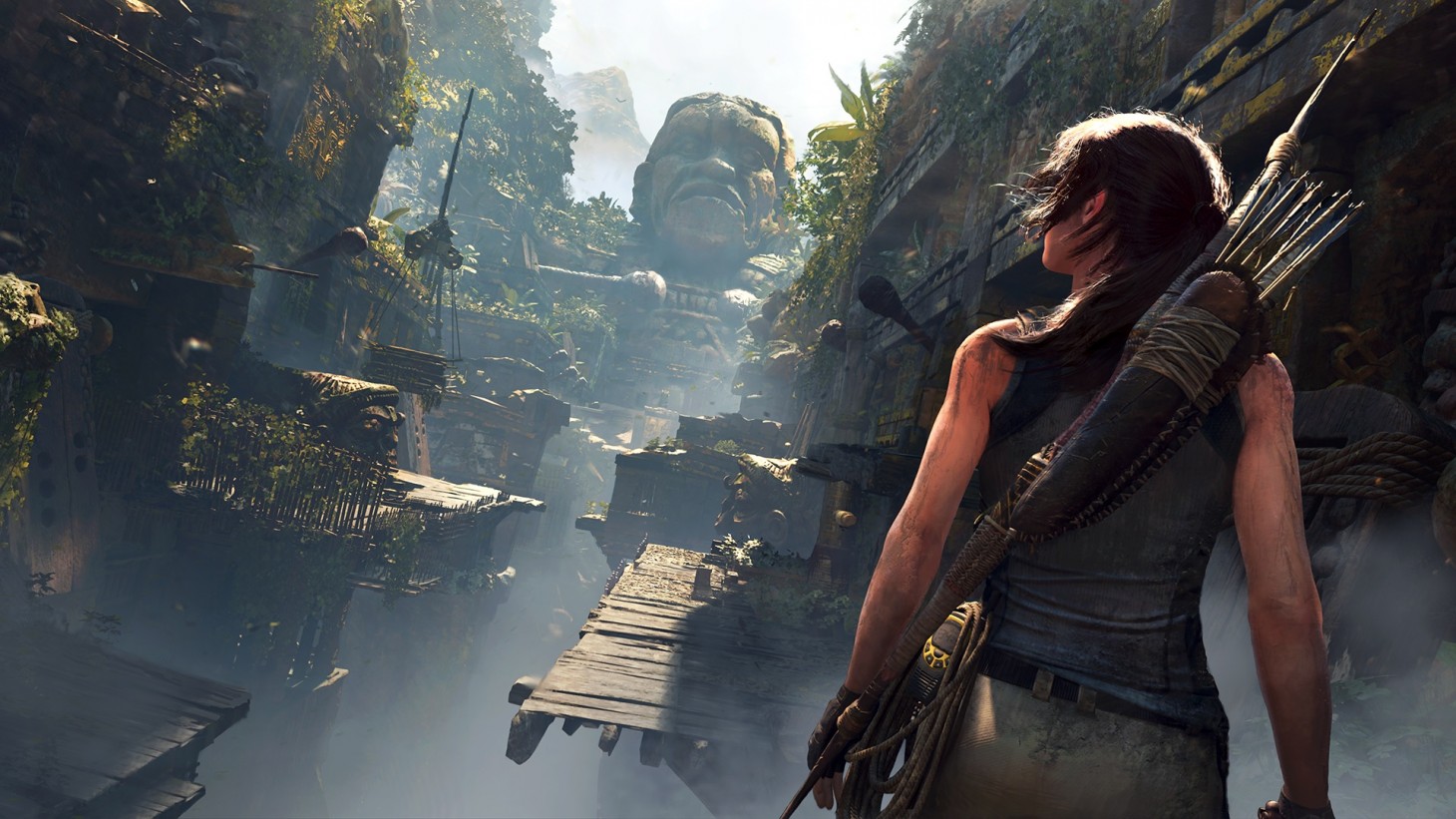 These Are The Tomb Raider Series’ Deadliest Tombs

Lara Croft has tromped, pillaged, and plundered dozens of ancient temples and dusty crypts in her 20-year history. They’re often stunning places: palaces perched atop steep mountains or sunken beneath icy glaciers, inhabited by exotic birds and sneaky monkeys (and sometimes dinosaurs). Standing in one place to gawk at these lovingly crafted worlds can be deadly, though. As developers have pushed graphical performance further and further with each new entry, so too have they iterated on the traps and mechanisms that put Lara in her grave.

Here are some of the Tomb Raider series’ deadliest tombs – the levels that challenged our platforming prowess or had our palms sweating as we walked carefully through blood-tinged spikes and battled quickly dwindling breath meters.

The level starts underwater. The mini-sub Lara hijacked has crashed into the sea floor, her breath meter is draining, and sharks circle around her. The player’s goal is to reach a sunken cruise ship, but thanks to some poor, late-‘90s draw distance, it’s unclear which direction players should swim into the surrounding blackness, save for an obscure trail of ship debris on the seabed dotting a subtle path toward the boat. It’s a far cry from typical Tomb Raider level intros that typically open with a stunning view before forcing Lara through a gauntlet of traps and puzzles.

The level doesn’t get easier. If players can avoid being shark bait and find the easy-to-miss ship entrance, they’ll have to sink some ammo into the shotgun-wielding cultists roaming the corridors, hunt barracudas slithering in shallow pools, and avoid catching fire from faulty ship tech. (How this vessel still has functional tech in the first place is beyond us.)

This level has it all: grand spectacle, trap-laden puzzles, bloodthirsty exotic animals – even an Indiana Jones-inspired boulder trap! Lara travels to St. Francis Folly in Greece looking for a piece of an ancient artifact but gets a lot more than she bargained for.

The brunt of this level involves leaping and dangling from a series of platforms pillaring up the center of a multi-storied chamber. To explore deeper, Lara needs to survive a sequence of combat and platforming challenges across four rooms connected to the central hub – each themed after certain gods. Navigating to each room is a challenge in and of itself, but the true difficulty resides in each room’s traps. The Thor-themed chamber requires Lara to stand under a massive, falling hammer, dodging out of the way at the last second. The Damocles chamber requires Lara to avoid swords that fall from the ceiling as she passes under them. The level is Tomb Raider at its best and most challenging: an evocative tomb as deadly as it is beautiful (especially the version remade for Tomb Raider: Anniversary.)

The Hall of Seasons – Tomb Raider: Angel of Darkness

In Lara’s PlayStation 2 debut, she’s on the run, framed for her mentor’s murder. Her quest to unravel the conspiracy and clear her name takes her to an archaeological dig underneath the Louvre, and deeper within, an ancient tomb called the Hall of Seasons.

The level evokes the design of St. Francis Folly in the way its central chamber branches off into four mini-levels that players need to conquer to continue down the main path. Deciding whether to bunny hop or perform medium or long-range jumps across swaying pillars in the Breath of Hades area is one of the series’ most difficult platforming challenges. Similarly, the area called Wrath of the Beast requires players to hurry across collapsing platforms before the floor gives out completely. It might not sound more difficult or challenging than other platformers you’ve probably played, but Lara’s controls were not as user-friendly in 2003 as they have been in recent years.

Tomb Raider III’s opening level pulled out all the stops to prove to players that after two games, the series could still kick your butt. Jungle, set in monkey-infested ruins in India, starts with Lara sliding down a muddy ramp riddled with spikes and a boulder that will smoosh you if you stand in the wrong spot. Players encounter traps like these numerous times throughout the level, making every step and jump feel weighty and tense.

The real threat here isn’t the boulder traps or the spiky pitfalls, though: it’s the quicksand. A misplaced jump will send Lara into the mud, forcing players to watch as her body slowly sinks below the surface and her breath meter runs empty. Jungle remains one of the series’ biggest slaps in the face. Hey, look at our cool, new environments! And hey, everything wants to kill you!

Howl of the Monkey Gods – Shadow of the Tomb Raider

Crystal Dynamics’ second reboot of the Tomb Raider franchise gave us a version of Lara Croft that was more action hero than ever before, but the series was criticized for how its tombs and puzzles took a backseat to combat. Shadow of the Tomb Raider righted that, giving us a game front-loaded with some of the best puzzles and exploration in the series.

Howl of the Monkey Gods is one of these tombs, released post-launch as DLC. Traversing the ravine leading up to the tomb is perilous on its own, requiring Lara to make some tricky, timed jumps, but this is just a warm-up for the platforming to come. Inside the tomb, Lara needs to re-tune an ancient, massive musical device in order to cross its instruments and reach the treasure at the end of the room. Activating each part of the instrument requires players to find and press levers that are positioned over spike traps. It’s easy to tell when the spikes will pop up, but having to stand on them still elicits a feeling of dread.

Once the levers are all pressed, there’s still the matter of crossing the active instruments to snag the treasure on the other side, avoiding falling drum sticks and platforms that give way underneath you if you cross them at the wrong moment. Howl of the Monkey Gods is Tomb Raider puzzle design in its purest form: a cross section between evocative atmosphere, tricky platforming, lever-pulling, and near-death scenarios.

Ask anyone who’s played a Tomb Raider game, and they can probably tell you what traps killed them before they could tell you what artifact they were hunting, or why. In that regard, Shadow of the Tomb Raider was a return to form for the series, giving us tombs and traps that felt deadly again. With the game out and its post-launch DLC wrapping up, we can only hope that Lara’s next adventure dishes out just as much danger.