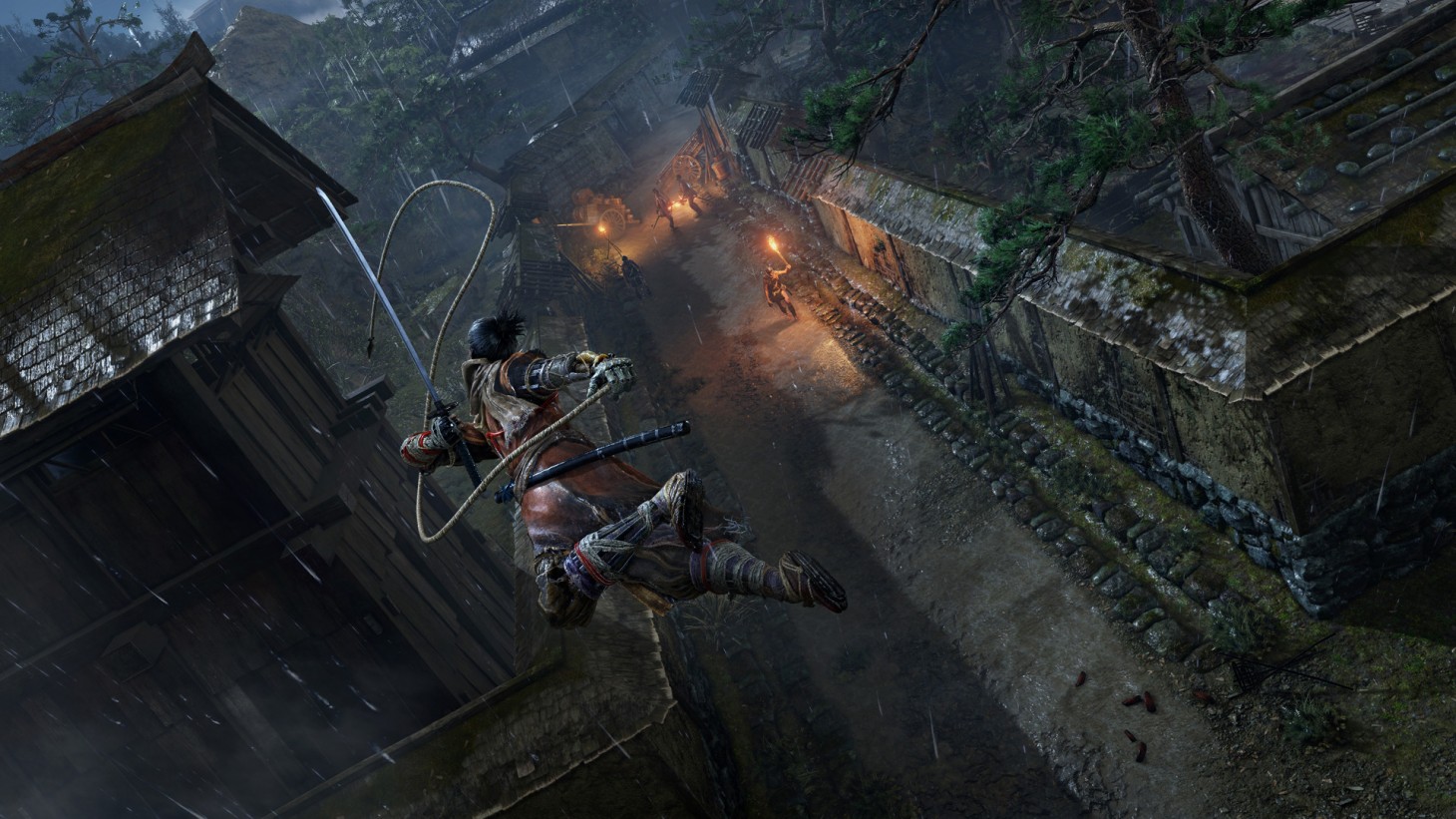 Sekiro is a difficult game, with tons of secrets and strategies. These tips can help you get the edge on an impossible boss or give you guidance on unlocking some of the game’s hidden mysteries. I warn you that reading these will rob you of much of the game’s enjoyment and discovery, so use them sparingly if at all. I DO NOT ADVISE READING THIS. I’ve picked some points that may give you stumbling blocks to address, but these are by no means comprehensive – there’s a lot to do and explore in Sekiro! I am also going to avoid anything in the end game and some other tidbits that are just too spoilery to speak about.

Chained Ogre: Fire. Kill it with fire. It’s in Hirata Estates located at a campfire to the right of the first sculptor past the gate.

The Drunk: Hirata Estates has a miniboss that can be a lot to handle, especially with his little army. Here’s what you do. Stealth in, kill some minions, reset the encounter, kill some more minions, jam your sword into the tanked fat man’s back and then trigger the NPC nearby and use him as a punching bag while you whale on his last node of life. No problem! This tactic can be applied to many minibosses.

Lady Butterfly: Use snap seeds to dispel her illusions in phase two. She’s also pretty old and frail, and highly susceptible to poison. Maybe you found something in Ashina Castle to help that end…

Folding Monkeys: This is a very weird encounter that is unlike any of the standard fights in the game. Look around the environment for things you can use to force and trap the monkeys into positions where you can actually hit them, and be sure to keep note of the tracks on the ground – your enemy may be right in front of you, even if they are not visible.

Genichiro, Ashina Castle: The first few stages of this fight are just learning the timing. Try to conserve as many gourd charges as possible for the “real” fight. You may find Ichimonji extremely valuable as you learn the safe distance between you and your opponent. In stage 3, pay attention to the lighting reversal instructions, they will save your life and tip the battle in your favor.

Corrupted Monk Ashina Depths:  This version of the monk is great practice. Also, it’s a phantom, so snap seeds will give you an enormous advantage and turn this devastating opponent into a stunned punching bag.

The Blazing Bull: This is the one fight you can play it like Bloodborne! Firecrackers. Smash! Dodge!

Hirata Estates Bamboo Forest:  Make sure you go down into the water here (before the burning area with the Owl) and then up through a tunnel to find a special prosthetic.

The Armored Knight: You’ll never kill this boss through traditional means as he will keep coming back – his armor is that good. Have him break the environment around you with his huge freaking sword and then execute a deathblow on an exposed edge to send him tumbling off the mountain. Got em!

Gun Fort: The best way to handle entering the gun fort is blistering speed across the bridge, dodging and running and grappling for your life all the way into the back and getting the idol there. Depending on your progress in the game, this is an incredible farming area, when you can sneak up on multiple big gunners for deathblows from that checkpoint, their backs exposed.

The Ape: This is one of my favorite boss battles in From Software history. In stage one, use firecrackers to open up a big window of opportunity, but you must remember this window happens AFTER he falls down – do not get caught by his huge body slamming into the ground. Stage two is another beast (ho ho ho!) entirely, and you will find using a certain consumable to be a huge boon. You may also want to try the spear prosthetic out during one of the animations for a surprisingly effective attack.

Fly a Kite:  In Senpou temple you may realize that you can’t keep the kite up all by yourself. Use puppeteer ninjutsu to take control of the hat assassin nearby and he’ll do it for you. Proceed up through the temple near the old woman and a large tree to find a new jump point using the kite. This leads to a special encounter and secret item you need as part of a special ending chain.

Monkey Business: Like the kite, use the puppet ninjutsu on the terrified little monkey near the great serpent in the cave accessible from the poison swamps. While the snake munches on the monkey, make your way past it to find a secret item. This also leads to the Ashina Depths, if you haven’t found the route from the old well in Ashina Reservoir.

The Mist Village: There's a very dangerous rooster at the beginning of the zone that will knock you down into a pit with a Headless. Avoid this chicken! Make your way to the back of the zone towards where the music is coming from, and work around until you can access the building via a hole in the roof. There's a strange looking piper creature in here that presents as a mini boss, but in reality the critter can only take a few hits. Open with a backstab deathblow and chop him up to dispel the mist and make the zone much more manageable.

Big N Burly: There are two companions you’ll need to progress several quest chains in the game. One is the big monk near the entrance to Senpou temple. Give him the flower you find later in the area to open up dialogue options. You can send him to either the merchant, which will unlock new items for sale, including prosthetic upgrade materials, or the doctor in the abandoned dungeon, which will start a new quest chain entirely. The other soldier that fits the bill is located in Ashina Reservoir above the well, so whoever you don’t send the monk to, send the soldier to.

Swimming in Style: After you kill the corrupted monk phantom in Ashina depths, you can now swim underwater! A game changer, make sure you go back to all those water areas in the game and look around for items, there are some prayer beads down in the depths! Be sure to hit the lake in the mill area of Ashina Depths to find the red carp eyes.

Esoteric Texts: These let you learn new moves and latent (passive) abilities. While most are given to you on standard progression paths, there are a few you won’t want to miss. After Gyobu, talk to the person inside the temple to the right and complete his task, it’s closeby, and he will give you a new skill tree. Senpou text can be found near the main Senpou temple (the one with the infested praying people in it, not the one near the Abandoned Dungeon exit) by going through a dark, wet cave nearby – this text includes latent skills that add item drop rate, so it’s great to get going early. After you’ve mastered any skill tree, head to the great serpent shrine behind Ashina Castle to speak to the person there, and you’ll get yet another esoteric text, one that turns your big combat arts into even bigger ones!