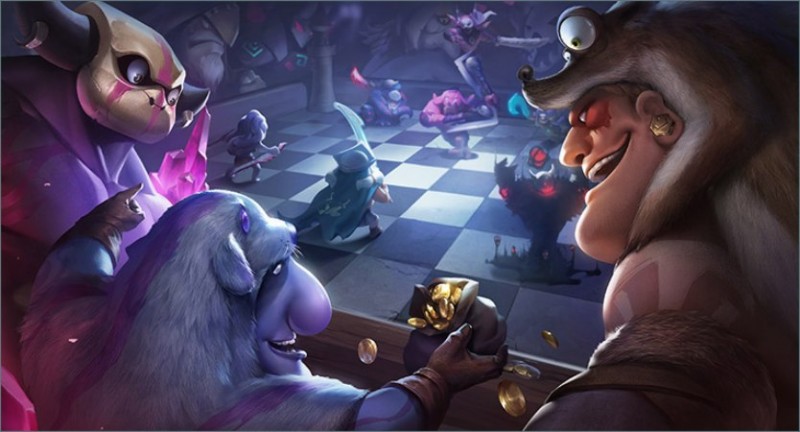 Dota Auto Chess has taken the world by storm in a way pretty much no one had ever predicted. The fan-made mode is one of the most played games on Steam, using assets from Valve's Dota 2 to create an engaging competitive title that has gotten big worldwide, especially in China. For a more thorough breakdown on what the game is and why it's blown up, check out this article Dan Tack wrote on the subject.

Since the game was built on Dota 2 assets, the creators couldn't really make money off it. It was just a matter of time until the idea gets ripped off or Valve gets their own hands on Auto Chess, so it makes sense that the creators get their own game development studio to do it themselves. They're starting with Auto Chess on mobile devices, with a few small caveats.

The game will move on from the Dota 2 license, meaning that the mode's Dota heroes won't be making an appearance. Instead, they will be replaced by original heroes who bear more than a slight, if not legally deniable, resemblance to the Dota heroes they once were.

The game has only been confirmed for China so far, but it will likely release worldwide before long. Drodo Studios is only four people, but they are looking to expand as the game does, which means a PC release is probably in the future somewhere. The Chinese website indicates that Auto Chess will be coming in late 2019.