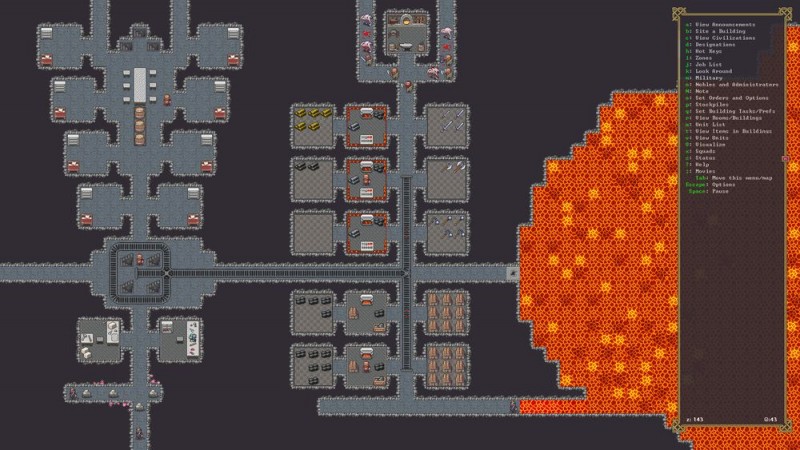 You might have only heard of Dwarf Fortress for its reputation as an inscrutable piece of gaming lore that is as difficult to play as it is to understand on a basic level. Its fans are the most dedicated in the world, creating worlds out of play sessions and entire lives out of its emergent narrative. It's also pretty likely that, either because of those reputation or the side-effect of not many people talking about it, you probably have not played it. While that changes now! Well, that time is sometime down the line, but relatively speaking, it's now.

Dwarf Fortress will be coming to Steam and itch.io, a fairly massive change for the nearly 20-year project. The game is, and always has been, developed by a pair of developers that make up Bay 12 Games. Tarn Adams and Zach Adams started working on Dwarf Fortress in 2003 and have been steadily improving it without shaking any of its foundations for the past two decades. The game would frequently get patch notes like "Stopped vampires from pinning their crimes on babies and children" and "Adjusted the value of bees."

While the game has long been free, as Tarn and Zach would subsist on donations from the community, the two have teamed up with Kitfox games of Shrouded Isle and Boyfriend Dungeon fame to spruce it up a little to sell the game on digital storefronts. This means that the ASCII-based Dwarf Fortress is getting actual graphics, as well as Steam workshop support, though pretty much everything else is staying the same. Kitfox stresses they don't even have access to the source code, so the experience will still be the same regardless.

Players can still opt for the free version without those niceties, which is still being worked on and still available on their website, but Tarn and Zach are also putting a paid version because "some of the creator’s close family members have developed serious health issues within the past 6 months, and money to support them is tight," according to a FAQ that went up today.

The Steam and itchi.io version currently has no known release date.