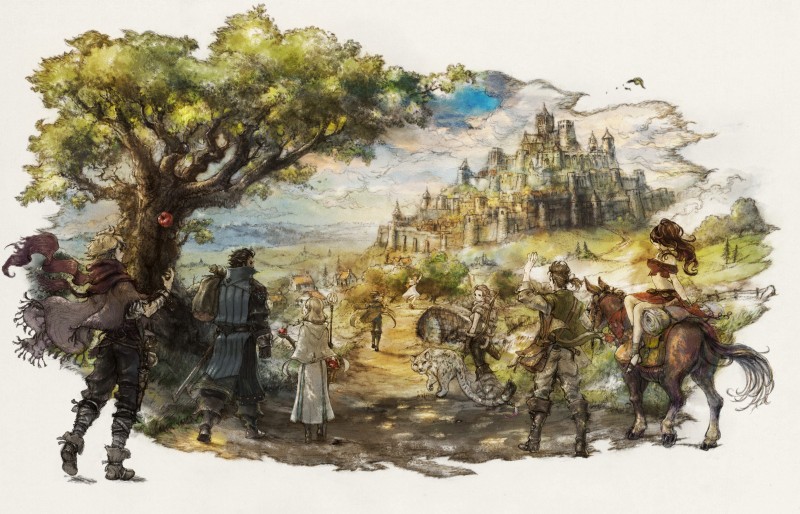 Square Enix is seemingly quite happy with the Switch release of Octopath Traveler, announcing that it has shipped 1.5 million copies since its release last summer. They're so happy that they're expanding the series out and putting the next game in the series on iOS and Android.

The new Octopath Traveler game adapts the same style and gameplay from the Switch version, which explains why Square Enix patented the HD-2D phrase a little while ago. The prequel game also makes some additions to the battle system, now incorporating eight players in battle, higher than the Switch game.

While Square Enix has hinted that the series will also likely get a console sequel in the future, for now Octopath fans have a mobile game to tide them over that functions near identically to the Switch game with a brand new story. Square has also teased projects related to the Bravely Default series as well, but those could also end up being mobile ports in the same vein.