Boneworks Looks Like A Promising Mix Of Half-Life, Portal, And VR 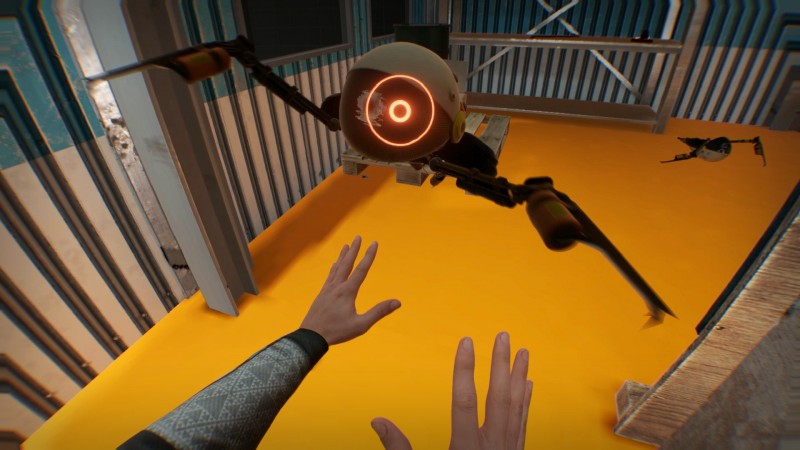 Developer Stress Level Zero is no stranger to making VR games. They were in on the tech early, having developed Hover Junkers back in 2016, then iterated on some of their VR techniques with Duck Season the following year. The company's latest game, Boneworks, looks to be their most ambitious game yet, seemingly taking inspiration from a couple of Valve games and throwing in what looks like a fairly sophisticated implementation of VR to seal the deal.

Taking place inside of a mysterious experimental facility called Monogon, Boneworks has you fighting a number of small, spider-like drones as you mess around a series of Portal-like test rooms, interspersed with more traditional industrial areas akin to some of the indoor segments in Half-Life 2. The hook here is the fidelity of the physics-based combat; in the trailer, a crowbar is used to grab onto a series of poles jutting out from a wall, a spear piercing a drone, and some careful maneuvering around a ledge, all of which look fairly natural compared to most games.

On its Steam page, Stress Level Zero cautions that Boneworks "demonstrates advanced VR mechanics and concepts," and so "players are recommended to have previous VR experience and understanding of common VR gameplay principles before proceeding." So you may want to brush up on your VR spear-twirling skills before the game releases on both Steam VR and Oculus sometime this year.