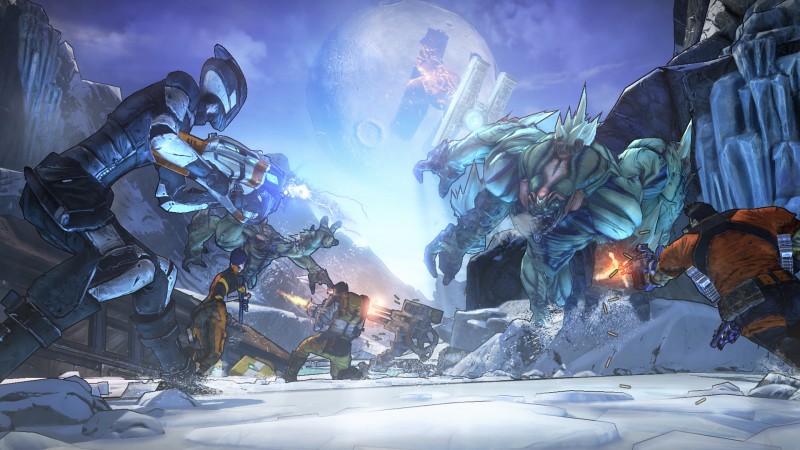 The schedule for PAX East's panels has finally been revealed, showing what people can expect from the show in Boston at the end of March. One of those panels is from Gearbox, the Texas-based developers of games like Borderlands and Battleborn, and promises "never-before-seen reveals" on stage at the panel. Speculation is rampant that this could finally be Borderlands 3.

The third game in the series has been long-anticipated as Gearbox has not released a numbered Borderlands title since 2012. Spinoffs have varied critically, but series fans have been eagerly anticipating a new game that hews closer to the Pandora titles that came before. During last year's Wal-Mart E3 leak, where the retailer accidentally posted a number of games ahead of their E3 announcements, Borderlands 3 also appeared on the list. Though it wasn't the only exception to the list in terms of announcement confirmations, Take-Two did announce that they delayed a "highly-anticipated shooter" into fiscal year 2020. It is possible this game is Borderlands 3.

It's hard to say and ultimately the reveal could simply be a new magic trick from noted magician Randy Pitchford, but for fans eager for a loot shooter with a heavy focus on guns, a third Borderlands is a tantalizing prospect. We certainly will not have to wait long to find out which one it is.