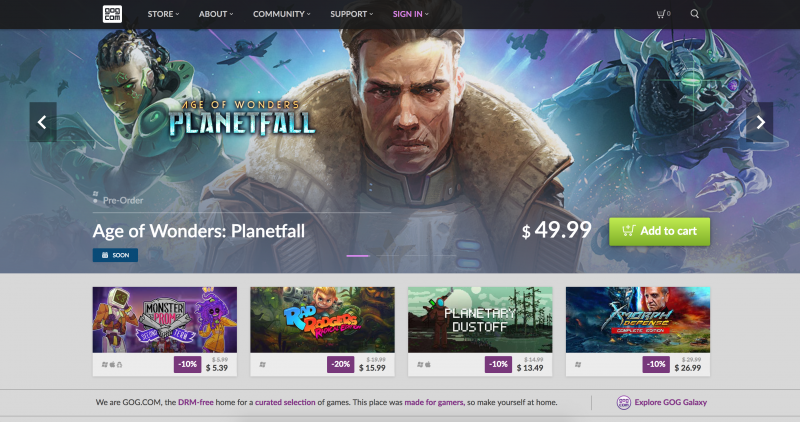 Digital storefront GOG (short for Good Old Games) has laid off "around a dozen" people. A representative reached out to Kotaku to confirm the news but also cautioned against the layoffs being seen as a bleak sign of things to come for the store.

“Letting people go is never easy,” the company told Kotaku. “We have been rearranging certain teams since October 2018, effecting in closing around a dozen of positions last week. At the same time, since the process started we have welcomed nearly twice as many new team members, and currently hold 20 open positions.” However, Kotaku also notes that an anonymous employee with the company suggested that GOG's financials were more in the red than the company was letting it go.

The company also announced that its Fair Package Program, which gave costumers from countries where a title they purchased was more expensive than its country of origin store credit to make up the difference, is ending.