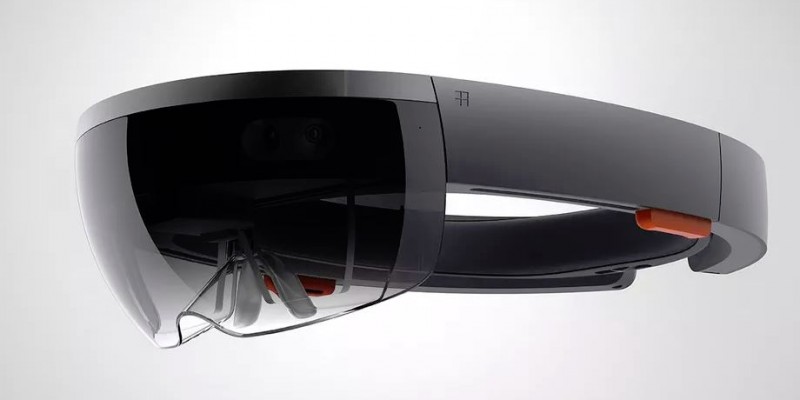 A group of Microsoft workers, calling themselves "Microsoft Workers 4 Good" has released an open letter addressed to Microsoft executives Brad Smith (its chief legal officer) and Satya Nadella (its CEO), demanding they cancel the contract the company has in place with the United States army to implement Microsoft's HoloLens headset in the Army's Integrated Visual Augmentation System (IVAS), which the group considers a egregious misuse of the tech.

"We did not sign up to develop weapons, and we demand a say in how our work is used," the letter states in its opening paragraph. Back in November Bloomberg reported that Microsoft had signed a $479 million contract with the Army to develop augmented reality technology for use in combat. "Augmented reality technology will provide troops with more and better information to make decisions," a Microsoft spokesperson told the outlet at the time. "This new work extends our longstanding, trusted relationship with the Department of Defense to this new area.”

When the news broke, Smith wrote a blog outlining why he and Microsoft believed the contract was ethical. "We believe in the strong defense of the United States and we want the people who defend it to have access to the nation’s best technology, including from Microsoft," it said. "We’ve worked with the U.S. Department of Defense (DOD) on a longstanding and reliable basis for four decades. You’ll find Microsoft technology throughout the American military, helping power its front office, field operations, bases, ships, aircraft and training facilities. We are proud of this relationship, as we are of the many military veterans we employ."

The company also pointed out that while "no institution is perfect or has an unblemished track record, and this have been true of the U.S. military," the company was working with the Army because "We want the people of this country and especially the people who serve this country to know that we at Microsoft have their backs."

The company also stated employees are always free to shift gears away from projects they may have ethical concerns about. "We also respect the fact that some employees work in, or may be citizens of, other countries, and they may not want to work on certain projects . . . Given our size and product diversity, we often have open jobs across the company and we want people to look for the work they want to do, including with help from Microsoft’s HR team."

Workers 4 Good has major issues with this contract, which states Microsoft will implement HoloLens to provide "increased lethality, mobility, and situational awareness necessary to achieve overmatch against our current and future adversaries," according to the group's letter. "While [Microsoft] has previously licensed tech to the U.S. Military, it has never crossed the line into weapons development," the letter reads. "The application of HoloLens within the IVAS system is designed to help kill people . . . Intent to harm people is not an acceptable use of our technology."

The group is demanding Microsoft cancel their IVAS contract, stop developing any technology for the purpose of being used in weapons, and appoint and independent ethics board to review whether technology the company develops falls in line with its acceptable use policy.

Workers 4 Good argues that while Microsoft already has an ethics process for developing technology, "it is opaque to Microsoft workers, and clearly not robust enough to prevent weapons development, as the IVAS contract demonstrates." Employees, it says, are effectively developing technology the implementation of which they have little control over. They also allege Smith mentioned that workers who might be concerned about working on projects which conflicted with their ethics were allowed to simply work somewhere else, this only obscures the issue of transparency.

"There are many engineers who contributed to HoloLens before this contract even existed, believing it would be used to help architects and engineers build buildings and cars, to help people how to perform surgery or play the piano, to push the boundaries of gaming, and to connect with the Mars Rover (RIP)." These workers, the letter argues, no longer have the guarantee that their tech won't be used in military weapons, turning the people who make the tech into "war profiteers."

The workers believe Microsoft's goal as a company should be to make people's lives better through uses that can only empower its users, not hurt others. "Extending this core mission to encompass warfare and disempower Microsoft employees, is disingenuous," the letter says. "To that end, we believe that Microsoft must stop in its activities to empower the U.S. Army's ability to cause harm and violence."

Workers 4 Good is asking Microsoft to co-sign the letter, and have, as of this writing, acquired over 100 signature from employees in the last 24 hours.

Workers should have some control over how the things they work on are used with regards to ethics, and it's not as simple as shifting to another project or working somewhere. Knowing that your livelihood may be fueling things you find unethical is as common as it is upsetting, but that doesn't mean workers shouldn't at least try to do something about it when they can. Hopefully, this pressures to Microsoft, if nothing else, to hear out the concerns of its workers and update its ethics policy.
.
On
On
Off
Off